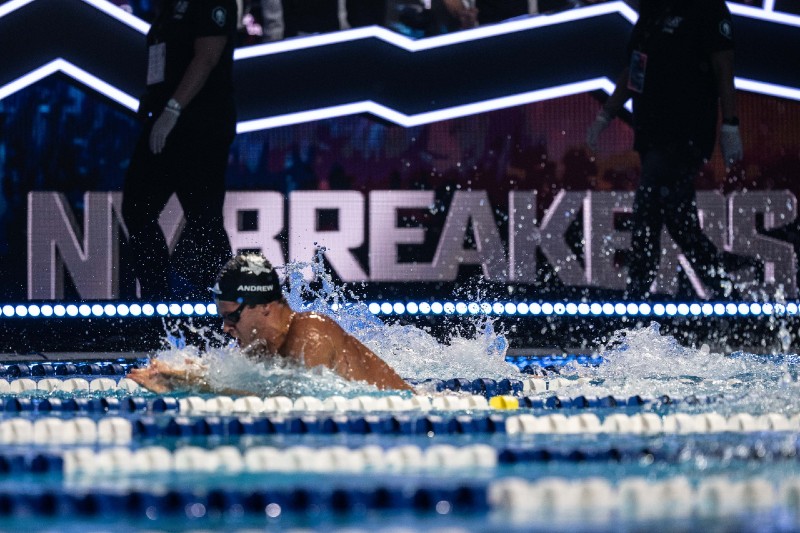 On his swim, Andrew remarked, “I think of all the races I have swum this weekend, I was most disappointed with this one. This evening was a little hard to get in the right frame of mind, I felt a little tired mentally. That race hurt a lot more, but I’m happy with some of the adjustments we were able to make and I’m looking forward to these next three weeks and getting ready for Trials.”

Andrew serves as a captain of the New York Breakers swimming team in the International Swimming League (ISL), with Tina Andrew as the team’s General Manager. He looking forward to ISL Season 3 following the Tokyo Olympic Games.