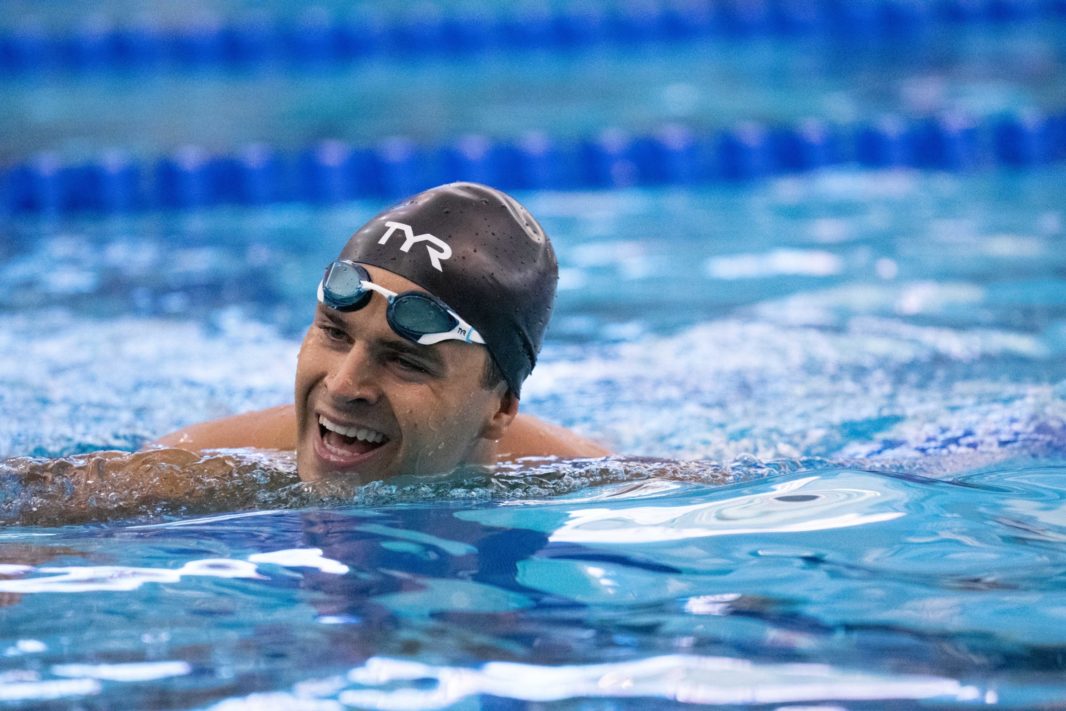 Olympic gold medalist and American swimmer Michael Andrew is headed to the 2022 World Championships in Budapest.

At the 2022 Phillips 66 International Team Trials, he was able to punch his ticket for four individual events: the men’s 50 and 100 meter breaststroke, as well as the 50 meter freestyle and the men’s 100 meter butterfly.

American record in the 50 meter breaststroke

Andrew was able to break the American record in the men’s 50 meter breaststroke with an incredible time of 26.52 seconds. This time bests the previous American record of 26.76, set by Kevin Cordes back in 2015.

On his performance and swimming in three finals a few days ago, Andrew remarked, “I’m glad it’s over! My glutes hurt pretty bad. The breaststroke was great. Coming off the [100m butterfly] I knew it was going to take an American record to win it. I knew Nic [Fink] was going to be faster and the last 10 meters was going to be a dog fight. I think Nic was leading to the 20, I pulled to the 40 and the two of us went back-to-back so to get my hand on first wasn’t all that easy to do. It was tough for Nic but being second to Caeleb [Dressel] by .03 seconds to get a win by .03 is a little bit of a redemption for me. It sets me up nicely for the rest of the week as we have a shot at the 100 breast and 50 free now.”

Andrew also finished in second place in the following three events: the men’s 50 meter freestyle (behind Caeleb Dresel), the 100 meter breaststroke (behind Nic Fink’s 58.37 seconds) with a time of 58.51 seconds, and the men’s 100 meter butterfly (behind Caelel Dressel), where Andrew clocked 50.88 seconds.

With his time of 21.45 seconds in the men’s 50 freestyle, Andrew sets a new personal best in the event.