She acknowledged that during the quarantine, she has been studying for her Master’s degree, so that has kept her busy.

When she is in Greece, she competes for NC Vouliagmeni. She is preparing for the Tokyo Olympic Games in 2021. “I felt disappointed about the postponement. I was at a loss for words since we put a lot of work into that,” she said. “While the postponment to 2021 was hard to swallow, I am grateful that it wasn’t cancelled completely because we still have a chance to go and compete next year. Hopefully, it won’t get canceled or postponed again.”

She is drawn to the sport of water polo due to the competitive aspect of it and the teamwork. 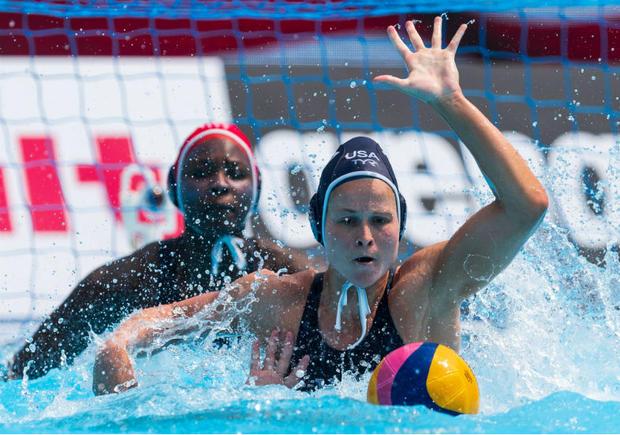 On being a water polo player in the digital age, she said, “Technology is pretty amazing. When I was younger, we didn’t have all that. You can look at a video and it can show you what you need to work on and what you need to improve. Video technology can also be beneficial to referees during games. It has helped advance the sport a lot.”

Haralabidis won the gold medal at the 2019 World Championships in Gwangju and at the 2019 Pan American Games as part of the women’s USA water polo team. “Winning in Gwangju was an incredible experience,” she admitted. “I had never been close to winning a big medal like that one.” 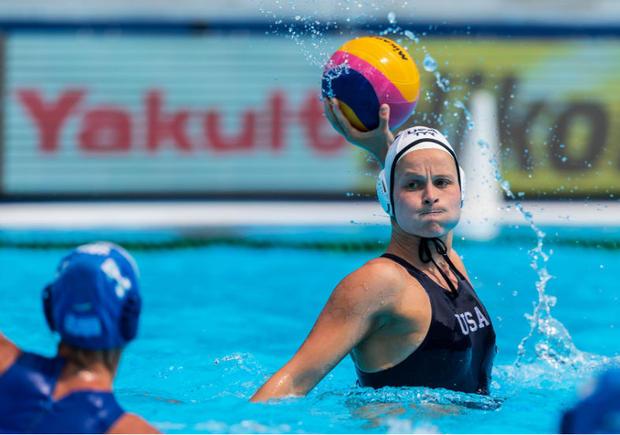 For young and aspiring water polo players, she said, “Follow your dreams. Don’t give up. Push yourself. Hard work and dedication in your sport will get you where you want to get.”

She also opened up about her Greek heritage. “My father is fully Greek (from Pireas), and he is currently working in Greece. My mom is American and I have such pride of being Greek. It will never go away,” she admitted. “Any chance I have, I am back in Greece, and I am playing with NC Vouliagmeni as much as I can. I love being Greek and I love being American. It’s incredible.”

For her fans and supporters, she said, “Thank you so much for supporting USA Water Polo and for supporting us and pushing us. They give us so much strength and pride, and it’s such an incredible feeling when you receive that fan support every single day.”

Haralabidis defined the word success as the culimination of all the hard work that she had to put in to get to where she is at, as well as the pride that she feels with her athletic accomplishments.

To learn more about USA Water Polo, check out its official website. 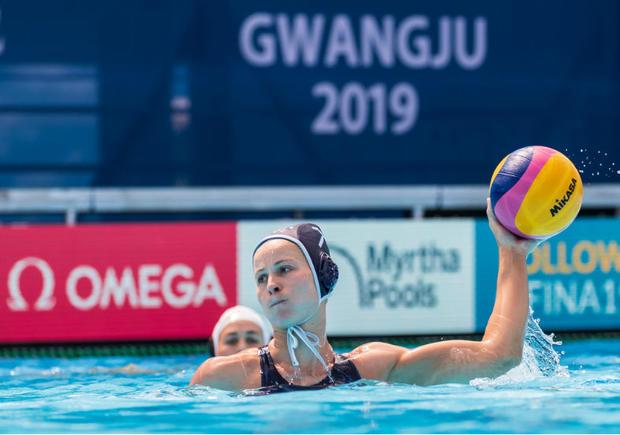