He is an 18-year-old NASCAR Tour Type Modified driver and he hails from Manorville on Long Island, New York.

Brown was brought up in a racing family as his father, Fred Brown, is the owner of FB Transmissions, and he had a successful career as a drag racer.

As a kid, he loved NASCAR and always rooted for his favorite driver, Jeff Gordon (No. 24). In 2012, he was afforded the privileged opportunity to race a champ kart. “Growing up, 24 was always my number and I liked him as a driver all of these years. He was my racing idol growing up and I always looked up to him,” he said.

On being a race car driver in the digital age, he said, “It feels good to be a racer in this age. I grew up watching racing and I started out in Go-Kart races and I worked my way up to the Crate Modified. To be driving one now at 18 years old is pretty cool.”

In 2018 and 2019, he won “Most Popular Driver” and in 2020, he was named New York State and Riverhead Raceway “Rookie of the Year.” “That felt pretty good. We struggled early on but as the year went on, we learned a lot and we did well, and it felt good to bring home the ‘Rookie of the Year’ Award,” he said. 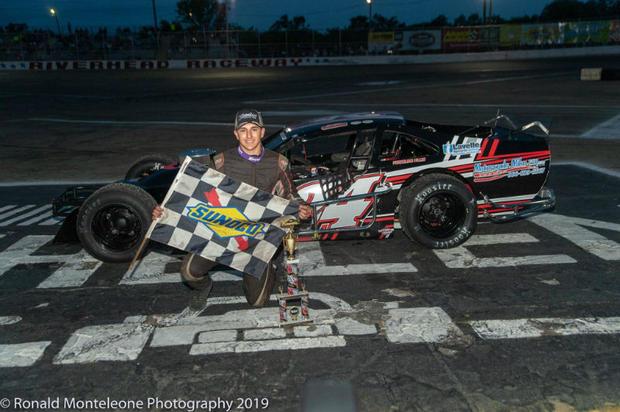 For young and aspiring race car drivers, he said, “Remember that it is never going to be perfect. 90 percent of the times you will have rough races, you will have trouble, and you will have obstacles happen. The 10 percent of the winners are the ones that stay tough and they stay strong. You need to fight through adversity and work hard, have a strong mindset, anything is possible when you work hard.” 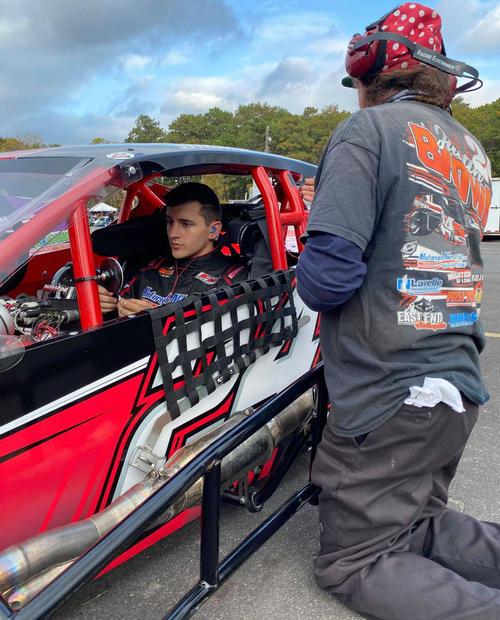 On the title of the current chapter of his life, he responded, “Relentless.” “I am working hard and trying to be the best that I can be and never giving up,” he said.

In his spare time, he enjoys iRacing, fitness training, football, NASCAR racing, listening to country music, and spending time with his family and friends. His favorite football team is the New England Patriots.

Brown defined the word success as “winning.” “Winning races and championships is the greatest success there is. That is every race car driver’s goal,” he said.

For his supporters, Brown expressed his appreciation. “It definitely does take a village. I wouldn’t be where I am without sponsors and my family supporting me and sticking by my side this whole way,” he said. 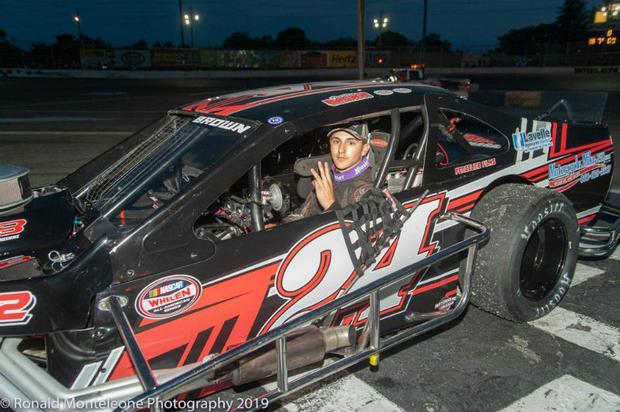