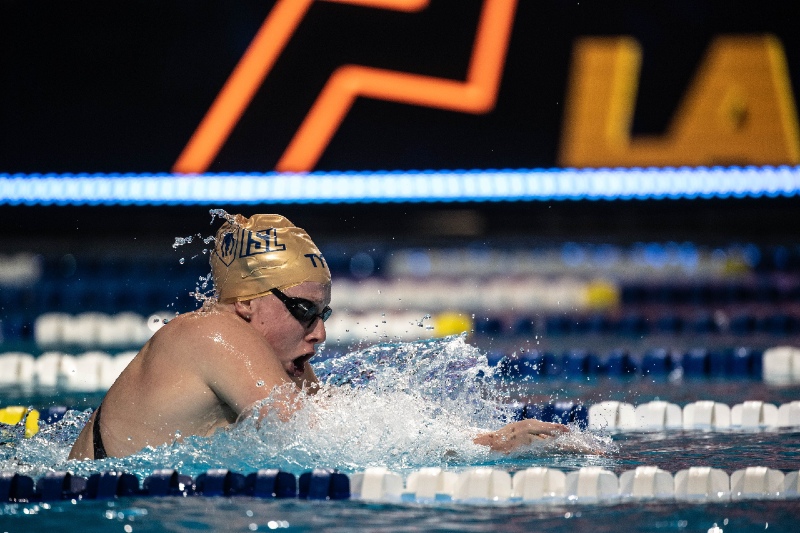 On her 200 meter breaststroke final, she said, “I’m pretty excited, I think that is the fastest I have been in season and it (was) really, really close to my best time. I am really excited, it did hurt a lot, but the time was really good so it’s worth it.”

“Technically, it was an in-season-best time. It was just a really good swim,” she admitted. “Emily had a really great race and she really pushed me through that. It was pretty good though it hurt a lot, it’s the 200, it’s always going to hurt. That’s okay,” she said with a sweet laugh.

In the first and second seasons of the International Swimming League (ISL), King swam for the Cali Condors swimming team with Jason Lezak as her team’s General Manager. The Cali Condors won the ISL in Season 2.