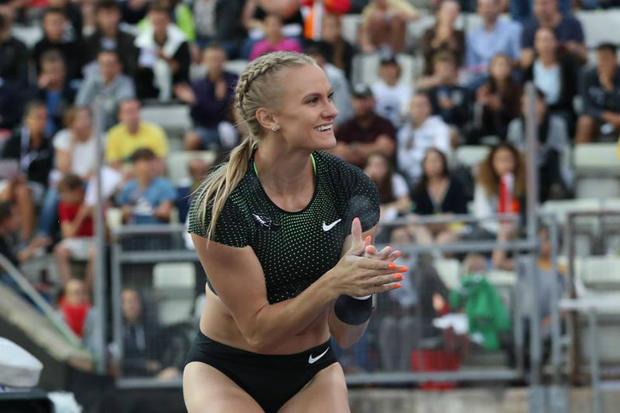 American pole vaulters Katie Nageotte, Morgann LeLeux, and Sandi Morris have a major reason to be proud. They will be representing Team USA at the Olympic level in Tokyo this summer. Digital Journal has the recap.

All three ladies finished in the top three position in the women’s pole vault competition. Katie Nageotte finished in first place with a clearance of 4.95 meters, which she accomplished on her second attempt. This is a new world-leading mark, personal best, and a meet record at the U.S. Olympic Trials.

This will mark Nageotte’s first appearance at the Olympic Games. She finished in fifth place at the U.S. Olympic Trials back in 2016.

Morgann LeLeux came in second place with a personal best of 4.70 meters. Olympic silver medalist Sandy Morris (who also holds the American record with five meters) finished in third place with a vault of 4.60 meters.

Veteran pole vaulter Jenn Suhr (and two-time Olmypic medalist) fell short in her bid to make the Tokyo Summer Olympic Games. She came in fifth place in the women’s pole vault with a jump of 4.60 meters.