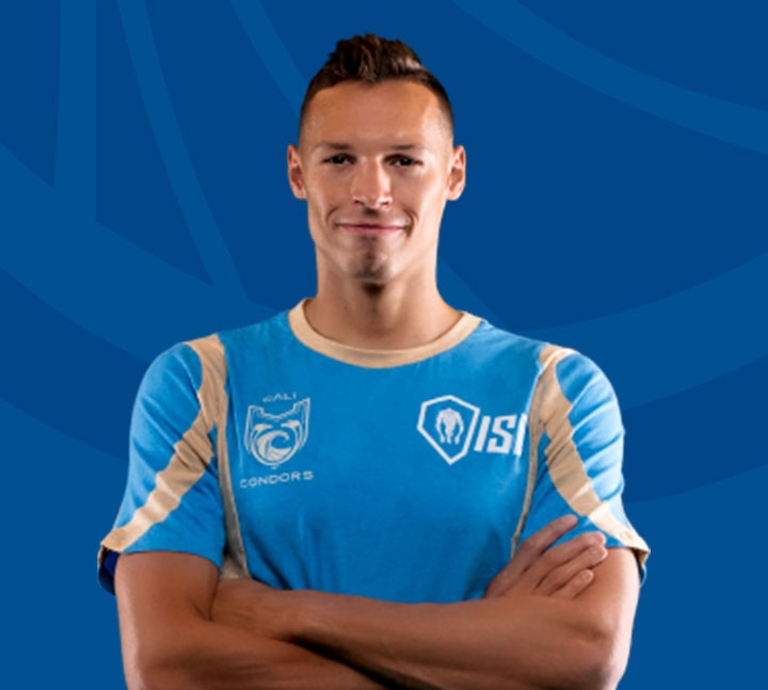 “Season 3 has been very good,” he admitted. “I always enjoy swimming with a great time. I’m very glad that we have the opportunity to come back to an almost normal competition. I felt much better seeing the fans in the stands.”

Jason Lezak serves as his team’s General Manager. “Working with Jason has been great,” he exclaimed. “He is a living legend, and he is always motivating us and cheering us on.”

“Jason is always by our side, he is the foundation of the team, the kind of person that keeps us much closer together,” he added.

Majchrzak complimented the new Cali Condors Head Coach Jeff Julian. “It’s a pleasure to work with a coach like Jeff. I had the chance to meet him in ISL Season 1. He is always a supporter and a huge inspiration to me,” he said.

He opened up about his experience at the Tokyo Summer Olympic Games. “The time at the Olympic Games was special but at the same time a little bit sad. We missed the fans and we were close in the Olympic Village,” he said.

“In general, this experience was different from the previous Olympic Games in London and Rio,” he added.

On his future plans, he revealed, “I am pretty sure that I will continue swimming, and there is hope for swimming in the ISL and I may be training for the next Olympic Games in Paris.”

Majchrzak defined the word success as “being a better version of yourself.”

For his fans and supporters, he said, “Thank you so much for all support, keeping my fingers crossed and give me power.”