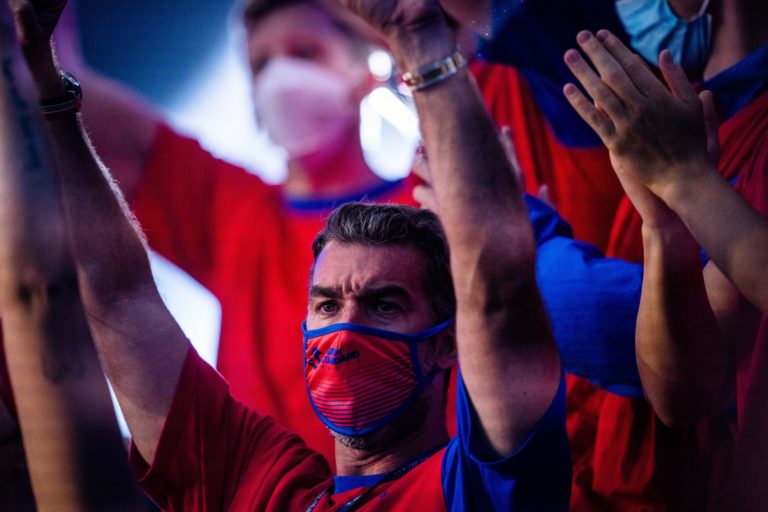 James Gibson, MBE, the General Manager of the Energy Standard swimming team, chatted with Digital Journal’s Markos Papadatos about ISL Season 3 Match 3, which will take place on September 2 and 3, 2021 in Naples, Italy.

The Energy Standard will be competing alongside such swimming teams as the London Roar, Team Iron, and the New York Breakers.

On being back in the short course pool, Gibson said, “It’s amazing to be back and to have 32 athletes and 10 staff all around the deck. It feels good to be alive again in a team environment. It’s almost one step back to reality.”

“It is the start of the season, and it was very critical that we got the four points in the first match just to get one step closer to the playoff qualifications,” Gibson said. “We are just taking each match as it comes. The only expectation I have for my athletes is to be just a little bit better than they were last week.”

He shared that in the first match, there were great swimming performances from the Energy Standard team captains Chad Le Clos and Sarah Sjöström. “They rise to the occasion when it matters the most,” he said. “Chad thrives in the short course environment, he can deliver when it really matters. It takes a huge team effort to get a team to win an ISL match, so any win is celebrated.”

Gibson hopes that his team will make the playoffs in the Dutch city of Eindhoven later this year. “We need to get used to this regular-season type of setup. It was a big learning curve for us. We need to make sure that we take care of our athletes so that they peak at the right time,” he said.