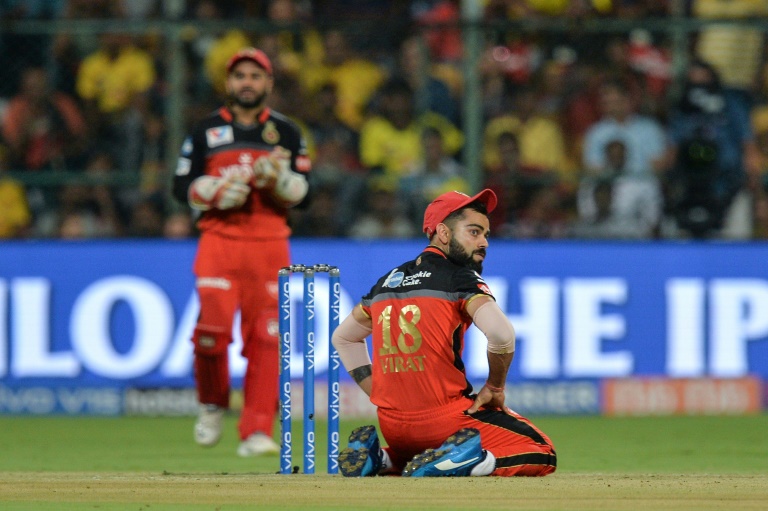 The Indian Premier League, the world’s richest Twenty20 cricket tournament, was suspended on Tuesday and its players sent home as India battles a massive surge in coronavirus cases.

The move, which follows growing controversy over the competition, comes a day after two players — Varun Chakravarthy and Sandeep Warrier — tested positive, forcing a match to be postponed.

The Chennai Super Kings added in a statement Tuesday that its bowling coach L. Balaji and a member of the side’s travel support staff tested positive after undergoing tests in India’s capital New Delhi on Sunday.

“The Indian Premier League Governing Council and Board of Control for Cricket in India in an emergency meeting has unanimously decided to postpone (the) IPL 2021 season, with immediate effect,” a statement from organisers said.

“The BCCI does not want to compromise on the safety of the players, support staff and the other participants involved in organising the IPL,” it added.

India, which has reported more than 20 million infections so far, with just over 222,000 deaths, is also due to host the Twenty20 World Cup in October and November.

The high-paying IPL, which was taking place in biosecure “bubble” conditions, attracts many of the world’s top cricketers, including players from Australia, England and South Africa.

BCCI Vice-President Rajiv Shukla told AFP that the governing body would “make the arrangements” for the IPL’s international players to leave India.

“About the foreign players, as we have said, we will try and ensure all of them get to their homes,” he said.

Cricket Australia said in a statement that it was in touch with the BCCI to “ensure the safe accommodation and repatriation of Australian players, coaches, match officials and commentators back home”.

The governing body added that it was not seeking exemptions from the Australian government’s move to ban travellers from India from entering the country until at least May 15.

The IPL has been running since early April, even as India’s health care system has been overwhelmed by a vicious second wave of virus cases.

This prompted criticism from some who said it was inappropriate, given the suffering in the country, while others defended it as a welcome distraction.

Eight teams have been playing behind closed doors in six cities including Delhi and Mumbai, both badly hit by the pandemic.

“These are difficult times, especially in India and while we have tried to bring in some positivity and cheer, however, it is imperative that the tournament is now suspended and everyone goes back to their families and loved ones in these trying times,” the statement said.

“The BCCI will do everything in its powers to arrange for the secure and safe passage of all the participants in IPL 2021.”

One unnamed franchise told The Times of India it had approached the BCCI and said: “You can host it after three months, five months, six months. It doesn’t matter. But right now, it needs to stop.”

Broadcaster Star India was also in favour of the suspension, the newspaper added.

Ex-England batsman Kevin Pietersen, who has been commentating on the IPL, tweeted after the announcement that it was “heartbreaking to see a country I love so much suffering”.

“You WILL get through this! You WILL be stronger coming out of this! Your kindness &amp; generosity NEVER goes unnoticed even during this crisis! #IncredibleIndia,” he wrote.

Indian cricket commentator Harsha Bhogle said he hoped the competition would return “stronger when the world is what we knew it to be”.

“I guess it became inevitable in the last couple of days. Look forward to calling the action in happier times,” he tweeted.

Australian players Adam Zampa, Andrew Tye and Kane Richardson had already left their IPL teams before their country imposed a ban on arrivals from India.

The English Cricket Board has also said it was talking with staff and players in India.

The huge surge in cases has overwhelmed hospitals in major cities and led to severe shortages of oxygen, beds and critical medical supplies.

In this article:coronavirus, Cricket, India, Sport