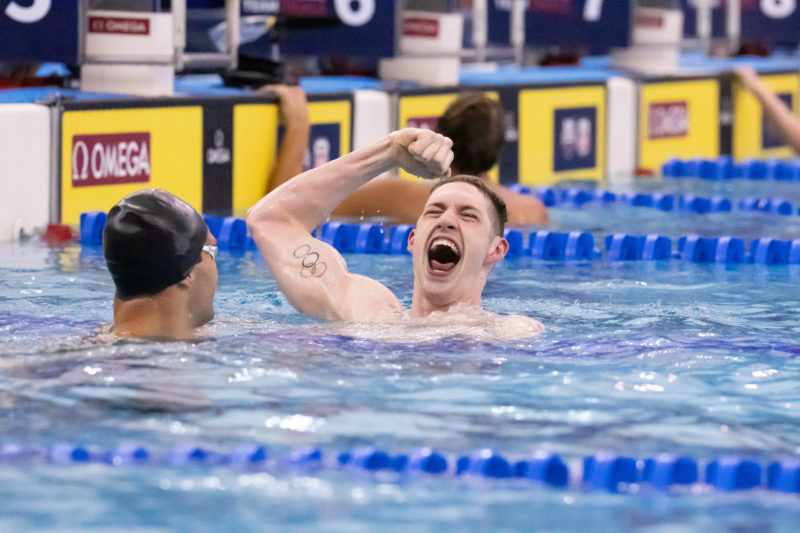 Olympic gold medalist and American swimmer Hunter Armstrong has a major reason to celebrate. He shattered the world record in the 50 meter backstroke at the 2022 Phillips 66 International Team Trials.

He was able to qualify for three events: the men’s 50 and 100 meter backstroke races, as well as the 4 x 100 meter freestyle relay team.

Armstrong was able to win the men’s 50 meter backstroke final with an amazing time of 23.71 seconds, a new world record. He was able to beat Russian Kliment Kolesnikov’s prior world record of 23.80 seconds.

That same morning, Armstrong had set an American record in the prelims. He also became the first American to ever go under 24 seconds in this event.

Armstrong shaved .22 off his personal best, which he set at last summer’s U.S. Olympic Team Trials. He and Murphy move into the top-two times in the world this year, respectively.

Armstrong opened up about his mindset in this meet: “I’m extremely confident moving into Budapest. That was definitely the scariest swim I’ve had in this meet. Nobody knows I’m a freestyler so the 100 was kind of just going, 50 back happened, but you know because of the 50 back I learned who my competitors were and it all came down to racing. I’m super excited to represent the U.S.A. with [Ryan] Murphy once again.”

Armstrong also made a stop in the men’s 4 x 100 meter freestyle relay team, where he will be joining Caeleb Dressel, Brooks Curry, Drew Kibler, and Ryan Held.