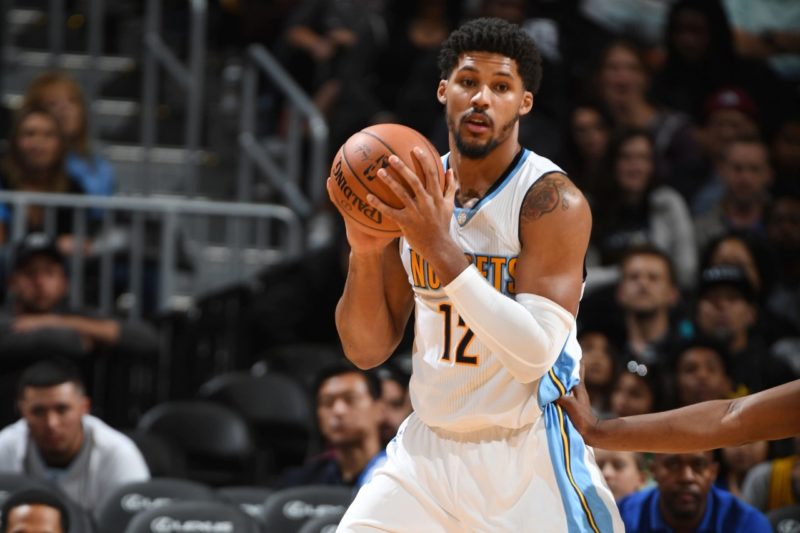 Basketball player Jarnell Stokes chatted with Digital Journal’s Markos Papadatos about his film production and health companies, as well as the ways he is creating a lasting impact in pop culture, sports, and social action in 2021.

Stoked Films has two films releasing in 2021 which include Abigail Breslin, Emile Hirsch, Thomas Jane, and Malin Ackerman. Stoked Films is in development with projects including many A-list actors and will soon announce an overall slate deal with a large independent financier.

“We make entertaining content that has soul. With A-list actors and high-end producers, we want the content to affect people. Too many good teaching moments and you have a lesson, not a movie. No teaching moments equals a distraction. We want to equally entertain and educate the soul while creating opportunities for more filmmakers.”

Along with films and tv, Stokes has ventured into other sectors, including sports, “The sports ent & boutique co. has partnered with TBC www.thebenfordcompany.com which has also partnered with Unique www.uniquesportsmanagement.com (which includes Nba players, such as, Tobias Harris, Kelly Oubre, and other athletes).”He continued, “Our sports sector has not been officially announced yet so I’m not sure if this should be included. It will provide auxiliary income and resources for athletes in a world where we are expected to go broke and sometimes unable to be more than an athlete.”

“The Benford Sports company shall use best efforts to assist in providing opportunities and placing Clients in such entertainment projects such as currently on-air television shows, movies, headphone deal, electronic virtual eyewear, and accessory deals and high-end product/commercial endorsements,” he said.

Entrepreneurial in all facets, Mr. Stokes has co-founded “Stoked Superfoods” to bring the purest form, high quality to those who wants to turn the tables and take responsibility for their health.

The brand will initially focus on delivering organic, high quality hemp products to consumers. To accomplish this, Jarnell has partnered with Industrial Hemp Farms (IHF), a nationally recognized brand in the hemp industry has taken on the role of e-commerce distribution partner, and JK & Co Consulting’s General Manager, Jeffery Williams, who took the lead in identifying and creating partnerships with organizations within the hemp industry who share Mr. Stokes’ mission of delivering clean products to consumers.

Future Farms, LLC, a Wisconsin based, vertically integrated hemp company, has signed on as the manufacturing and fulfillment partner. Finally, Marquis Bailey of Bailey’s Assets and Micah Colbert of Hemp Manor will manage digital marketing and business development for the venture. Initial products are being developed with a product presale(s) launches in mid-October.

Stokes has also made a large footprint in the world of non-profit activism and philanthropy, “I am also a social justice grassroots ambassador/manager for the Hip Hop Caucus, partnering with We Shall Breath foundation and many other activists’ organizations, and a board member for EMA foundation which has allowed me to speak freely about social and environmental justice,” he said.

“I’m an early adopter of crypto which has made more money than my pro ball career and seek to be a crypto expert in the near future. I am also part owner and spokesperson for www.thebabyfooddiet.com which has grown deep ties with SouthEast Asia and we’re expecting our book to be the only American book on the shelves of 2021 and to hopefully win bestseller.”

Regarding his daily motivations, he said, “As a huge believer in God and side effects of Covid, he’s ordered me to take time away from basketball to focus on my health, entrepreneurship, Mom, and to help others escape from the mental bondages that Western lifestyles has caused.”

On his proudest professional moments in basketball, he said, “My most proudest moment in basketball were all my dunks. It’s nothing like the excitement generated from the fans when a highlight play happens. The only thing better is quiet time with God.”

For young and aspiring basketball players, he said, “To learn the new age game fast, be open to adapting, and make it fun.”

When asked if there were any moments in his career that helped define him, he responded, “Being drafted to Grizzlies during the final grit and grind era before the game moved over to speed and shooting up crazy threes. We hated small ball and felt the need to defend the game still belonging to Guards.”

On his definition of the word success, he said, “I read about it in my Cepher and astrology Books all the time. It’s being kind and driven enough to continue the legacy of our ancestors. Sometimes I chase the earthly version of success in regards to money and fame, but my soul has been speaking to me lately. Success is the courage and ability to affect people around you positively and even if they don’t like it.”