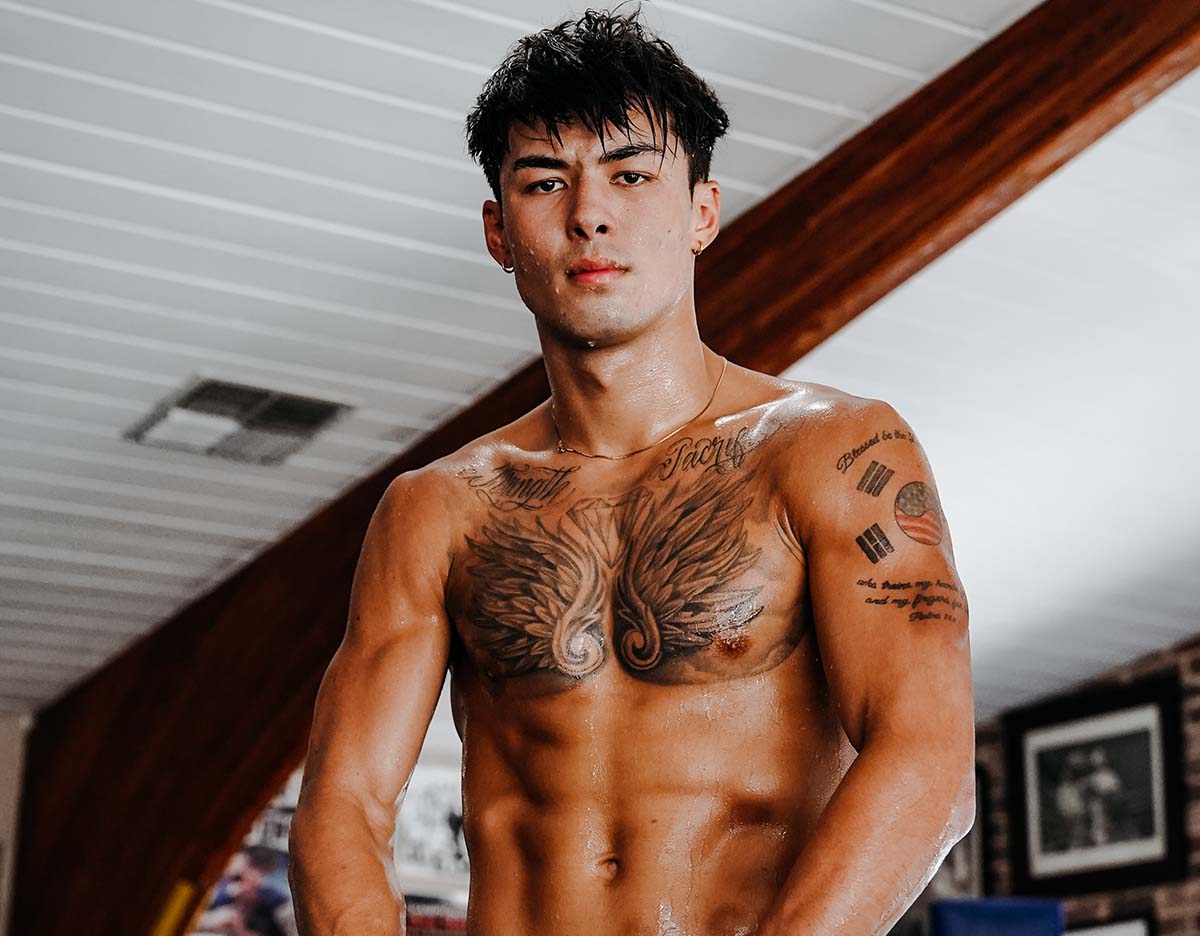 Eric Allen Kim Priest is a fast-rising boxer dominating the ring. Eric is an undefeated professional boxer, Kansas Golden Gloves champion, and a Wilhelmina model. The official Adidas signed athlete turned professional after about 60 amateur fights, where he left an impressive win record. This opened up the opportunity to turn professional in Los Angeles, CA. A dedicated and passionate boxer, Eric has transitioned to become a prolific pro boxer who currently holds a 6-0 record, with four by way of knockout.

Eric’s story involved taking a chance on himself when most people didn’t think things would work out for him the way he did. Eric found it tough, especially in a primarily Latino and African American sport, especially with Korean American ancestry.

Though a boxing career can be challenging for most, Eric has turned his challenges into learning curves. This helps him overcome most of the obstacles that come his way. However, the most significant hurdle he has faced has been himself, getting up every day to train, spar, and fight. Eric says it’s not easy to do and can be demanding at times. The discipline to eat healthy food, recover, cut weight, and train day after day is the hardest part. Fortunately, his self-belief and perseverance were essential in pushing him through. According to Eric, no day is easy, but he pushes to figure it out. This includes working punch by punch and consistently showing up ready to work as success is on the horizon. Eric adds the sport to be 90% mental and 10% physical, but the physical part is just as hard. Most fighters lose before they even get in the ring. But to every aspiring boxer, Eric wants you to understand that self-belief and determination are key.

A Korean-American boxer who rose to defy the odds to find success, Eric believes that you can achieve anything you set your mind to. “Don’t take things so personally; nobody cares about you more than you”. Eric adds that the key is to focus on yourself, spend more time alone to get to know yourself, but when the time comes, make sure you

outwork everyone. In addition, you have to constantly challenge yourself to become a better version of yourself each day.

With the goal to continue to climb the rankings, Eric continues to push his limits. In addition Priest wants to be a face that Koreans and Americans can look up to both inside and outside the ring. Boxing is all he has ever wanted to do in life, and that’s what gets him up every day and keeps him motivated. To Eric, it means the world to inspire both the Korean and American communities.