Particularly impressive about The Drone Racing League (DRL) is that it has witnessed speeds as fast as 179.6 miles per hour for their drones. These stats are much higher than the speeds of other fast sports in America. The DRL is the professional drone racing circuit for elite pilots.

Their drones are custom-built and they are designed to travel in excess of 90 miles per hour. These pilots are able to race through the “most insane 3D courses” that have been created outside of the video game world. 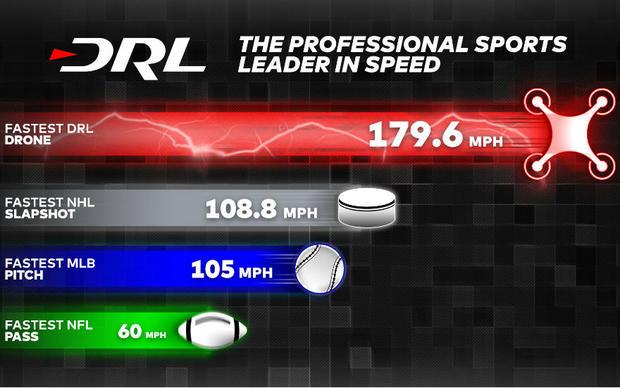 On Sunday, August 11, the 2019 Drone Racing League (DRL) Allianz World Championship Season will kick off at 2 p.m. EST on NBC Sports and Twitter. In addition, the high-speed action will also air on Sky Sports, ProSieben, as well as Fox Sports Asia, among other sports networks.

To learn more about The Drone Racing League, check out its official website, and its Facebook page.