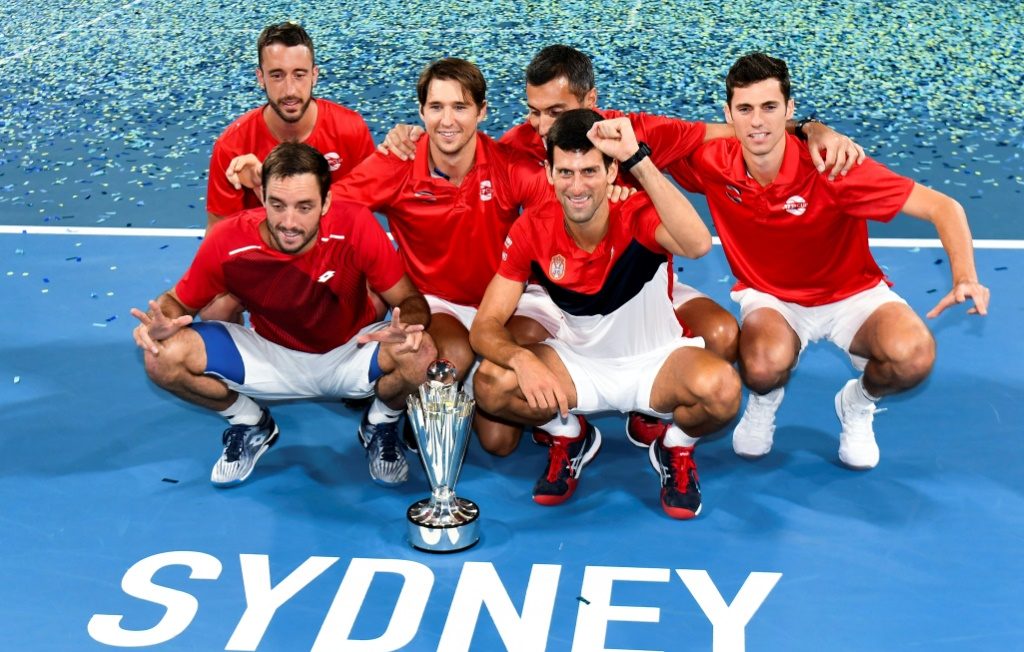 Novak Djokovic could still play at the Australian Open, a Serbian teammate said Thursday, despite the world number one’s last-minute decision to pull out of the ATP Cup in Sydney.

The 20-time Grand Slam champion withdrew from this week’s teams event days before its start on Saturday, heightening doubts over whether he will defend his Australian Open title.

Djokovic has refused to confirm if he has been inoculated against Covid-19, with all participants at the opening Grand Slam of the year needing to be vaccinated or have a medical exemption.

Dusan Lajovic, who will lead Serbia’s ATP Cup drive in Djokovic’s absence, said his teammate wanted to be in Sydney.

“I don’t know the official reason. Maybe the ATP knows. He just said that he’s not coming to the ATP and trying to get to the Australian Open.”

Pressed on whether Djokovic would be at Melbourne Park, Lajovic said: “I mean, the decision, he said, ‘I’m not coming, guys,’ to the ATP Cup. We’ll see about the Australian Open.

“He didn’t specify if he’s coming or not but that he’s waiting for a decision.”

It is not clear what that decision is, but if he were to apply for a medical exemption it would be assessed by an independent panel of experts and remain confidential.

However, government officials in Victoria state, which hosts the Australian Open, have been adamant for months that only vaccinated players can play the tournament from January 17-30.

“They’re the rules. Medical exemptions are just that — it’s not a loophole for privileged tennis players,” the state’s Deputy Premier James Merlino said this month.

“If he thinks he’s not ready to play here for whatever reason, it’s his choice. I think most of the players respect his choice. He has the freedom to choose,” he said.

Asked whether he felt the rules to play the Australian Open were too tough, he replied: “The rules are rules, and the rules are established for a certain purpose and reason.

“So if some players decide not to follow them, it’s their choice. I wouldn’t say it’s right or wrong here.”

Spearheaded by Djokovic, Serbia won the inaugural ATP Cup in 2020, beating Rafael Nadal’s Spain. Nadal is another no-show in Sydney this year after contracting Covid-19 earlier this month.

Lajovic admitted Serbia’s task will be much harder without Djokovic when they open their campaign against Norway on Saturday.

“You know, it’s never the same when you have the number one in your team and then you don’t have him. It’s a big difference,” he said.

They also open their tournament on Saturday, against Chile.