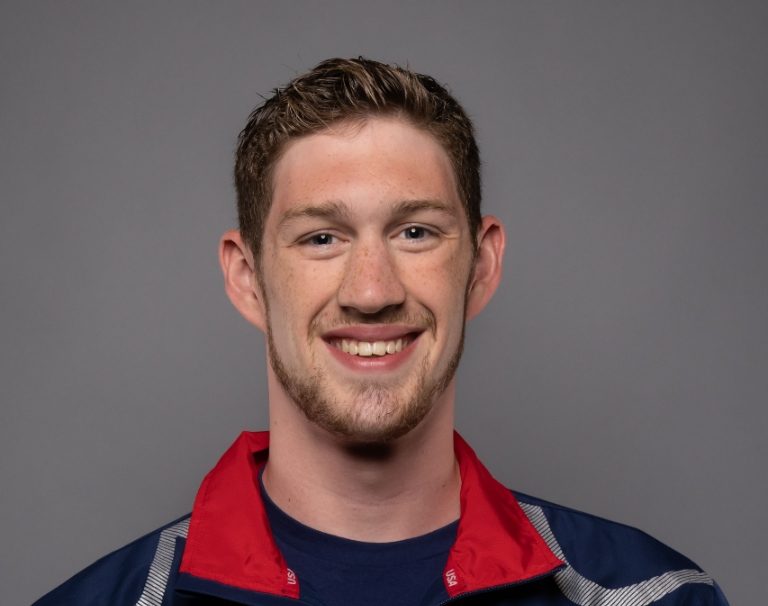 Olympic gold medalist swimmer and magician Hunter Armstrong chatted with Digital Journal’s Markos Papadatos about his experiences at the Tokyo Summer Olympic Games, where he competed for Team USA.

Armstrong won a gold medal for Team USA as part of the men’s 4 × 100 meter medley relay race (for his performance in the preliminaries, where he swam the opening backstroke leg). “Winning that gold medal felt amazing,” he said. “I have pure pride in my brothers, they did an amazing job. I actually cried after that final relay race and just watching them get on the podium and hearing our national anthem just teared me up. It was incredible.”

He had great words about his fellow American backstrokers Ryan Murphy and Bryce Mefford. “I love the Cal Berkeley guys,” he admitted. “Bryce and I really got along well.”

He praised the men’s U.S. Olympic swimming team head coach Dave Durden, who is also the head coach at Cal Berkeley. “Coach Durden was incredible. I absolutely loved the Olympic coaching staff. Cal is such a powerhouse, it was insane,” he exclaimed.

At the 2021 U.S. Olympic Trials, Armstrong finished in second place in the men’s 100 meter backstroke with a time of 52.48 seconds right behind Ryan Murphy (52.33 seconds). “Ryan Murphy would always be my go-to guy because he was the first one that I was with. We competed with each other. He was the first one to congratulate me,” he said.

“That was a hard race, I have a lot of respect for Shaine Casas who came in third place. It was an insanely talented field I was up against and I was blessed I was able to get my hand on the wall and represent the United States with Ryan Murphy. I don’t there is any higher honor that a backstroker can get,” Armstrong elaborated.

On his daily motivations, he said, “My coach would always tell me that love is the greatest motivator, and my coach couldn’t be more right. Whenever I am struggling, I always have great teammates next to me that continue to push me through.”

For young and aspiring swimmers, he encouraged them to “not give up.” “For anybody that doesn’t know my story, I am a really late bloomer. I probably hit my growth spur in my senior year of high school. I was the slowest person on my team. I kept pushing through and eventually when I did grow, I surpassed what I had expected to do since I put in all of the work and the rest just happened,” he said.

Armstrong also had kind words about Michael Andrew. “I have been following Michael for a long time now,” he said. “I love how Michael sticks to his faith and he does what he believes is right all the time. Michael is the type of professional that I would like to be.”

He opened up about his love for magic. “That goes back a bit. I was going to a meet with my YMCA team and one of my buddies showed me a trick and it got me. I didn’t like that feeling so I went home and I figured out how to do it. I did that same trick to my parents, I saw their reaction, and I realized that it makes people smile, and that’s what I enjoy doing: making people happy, so I continued working on it and I would go out and perform for people,” he shared.

Speaking of magic, he listed Chris Ramsay as a major influence. “I really like Chris Ramsay,” he said. “I also got to see Criss Angel live but we have different styles of magic, his is a lot darker but it’s still impressive. Criss is like a daredevil. I like to focus on things that make people smile and laugh and throw comedy into it. We saw Criss in Las Vegas, it was an incredible show.”

While he does a lot of sleight-of-hand/street magic, he shared that he is trying to learn more mentalism.

In the future, he hopes to continue to be a role model for young children.

On the title of the current chapter of his life, he said, “Home.” “I am so happy to be home, and seeing everybody that I haven’t seen in so long,” he said. “I get to lay in my own bed that isn’t made out of cardboard.”