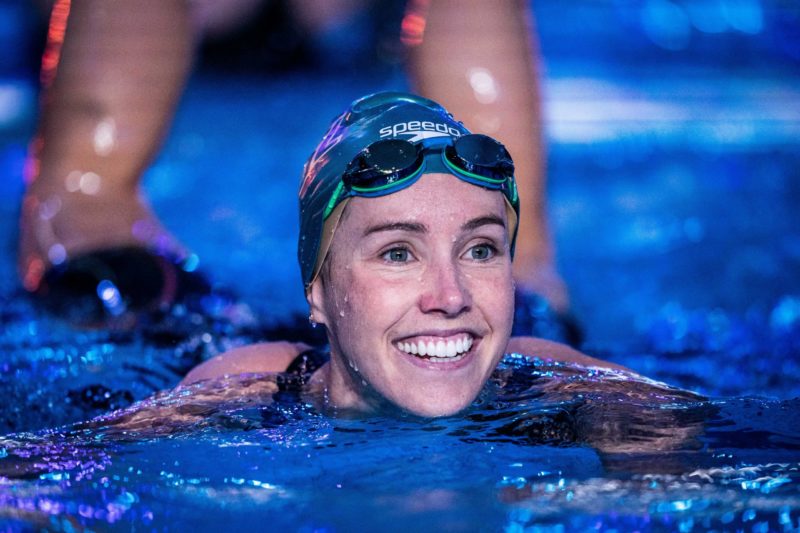 Olympic gold medalist and Australian swimmer Emma McKeon chatted with Digital Journal’s Markos Papadatos about her journey in the sport of swimming, Season 3 of the ISL and she shared some of her career-defining moments. She is driven by her goals.

With 11 career Olympic medals, McKeon is Australia’s most successful Olympian.

At the Tokyo Summer Olympic Games, she won seven Olympic Games. “That felt very overwhelming and quite surreal,” she said. “The whole week was a huge whirlwind because I was so busy and then leaving the day after the comp finished. It took everything a while to sink in for me, but I am extremely thankful I got the chance to go over there and show myself and everyone the hard work that I had put in with my coach.”

Regarding her daily motivations as a swimmer, she said, ” My goals motivate me every day. I have made it a big focus of mine over the last few years to set goals and work towards them, and even over COVID and with the postponement, I had ups and downs of motivation but I never took my eyes off what I wanted out of the Olympics.”

“I knew I wanted to get there and know that I had done everything I could have and that’s what motivated me for the years leading into the Olympics,” she added.

For young and aspiring swimmers, she said, “The main thing would be enjoyment first. When you enjoy something it is much easier to put the hard work in. And setting goals, both short-term and long-term, gives you something to work towards every day so that you have direction and purpose in what you are doing day in day out.”

McKeon opened up about competing for the London Roar swimming team in the International Swimming League (ISL) Season 3. “I was upset to have to miss out on season 2 of the ISL so I was definitely excited to be a part of it this year even after the huge year it has been,” she said.

“I loved the ISL in Season 1 especially being part of this team, it was a great way for me to get more confidence in my racing abilities and learn off other athletes from around the world too,” she added.

She opened up about working with Rob Woodhouse as her team’s General Manager.  Kyle Chalmers and Sydney Pickrem serve as the team’s co-captains. “Obviously it’s been so good for me being able to see my uncle while being over here and we get to do this together,” she said.

“Rob is a great GM, he definitely has all the swimmers’ backs and wants to support everyone in the best way he can while also making it such a fun experience for everyone. He has really bought the team together in a special way every year,” she added.

On her career-defining moments, she responded, “I would probably say missing the 2012 Olympic team. It made me realize the work it takes to reach these kinds of levels. And I think if I had made those Olympics I probably wouldn’t still be swimming now. I learned a lot of valuable lessons.”

McKeon listed the “butterfly” as her personal favorite stroke in swimming. “I love the butterfly the best. Butterfly. I love the rhythm of it and I love doing long aerobic fly sets,” she said.

Regarding her definition of the word success, McKeon said, “Success to me would be setting goals and doing everything you can to achieve them. Sometimes we don’t always reach the goal, but knowing I have put everything I can into it and taken a risk and put myself out there to achieve it, then I think that is success.”

For her fans and supporters, she said, “I’m very grateful to all my supporters that I have had along my whole journey. My family especially, I am the person I am because of them and I am so grateful for their love and support.”

“Everyone in Australia and around the world who has followed my journey I am thankful for as well because knowing people support me like that makes it all so much more special,” she concluded.