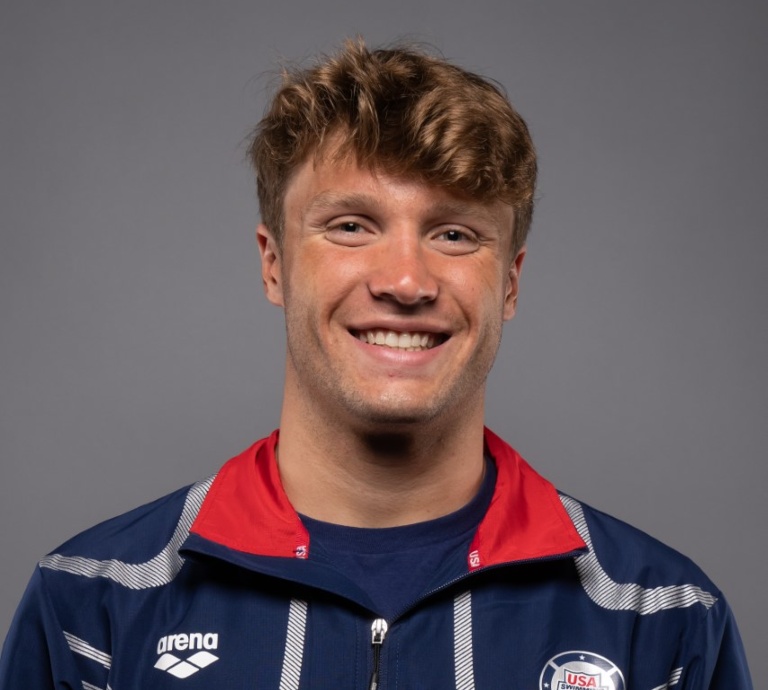 Bobby Finke, a two-time Olympic gold medalist and American swimmer, chatted with Digital Journal’s Markos Papadatos about his experiences at the Tokyo Olympic Games. He also tipped his hat to two of his coaches, Anthony Nesty and Fred Lewis.

Former U.S. Army general and former Secretary of State Colin Powell once said: “A dream doesn’t become reality through magic; it takes sweat, determination, and hard work.” Bobby Finke is an inspirational man and athlete who epitomizes this wise quotation.

At the Tokyo Summer Olympic Games, Finke won the gold medals for Team USA in the men’s 800 meter freestyle and the 1,500 meter freestyle races respectively. “That felt amazing,” he admitted. “There are no other words to describe it, it was such an incredible experience.”

“The biggest thing out of this Olympic experience is that I learned to trust my coaches. That’s the most important piece of information I can give to anyone: trust your coaches,” he said.

Finke praised Ryan Murphy and Caeleb Dressel, who both served as captains of the men’s U.S. Olympic swimming team. “The whole team atmosphere was amazing,” he said. “I look up to both of those two swimmers, they are both Florida guys. While Ryan competed for Cal, he was born in Florida.”

He is a proud Florida Gator who swims for the University of Florida in Gainesville, Florida, under the guidance of Head Coach Anthony Nesty. “It is amazing to be a Florida Gator and to say I was a part of the program is a huge honor. I hope to inspire other people to come to my college.”

“My coach, Anthony Nesty, won the gold medal in the men’s 100 meter butterfly race at the Olympic Games in 1988,” he said. “I would do anything for Nesty if he asked me, and I would do the same for my club coach back home, Fred Lewis. I have so much respect for them, they put so much work into me.”

He also complimented Olympians Elizabeth Beisel and Ryan Lochte, who are veteran Florida Gators. “(Elizabeth) Beisel is an amazing person. I have so much respect for her and everything she has done. She is an amazing friend, teammate, and commentator,” he said. “Ryan (Lochte) sat down with Kieran Smith and me right before we left for Tokyo, and he gave us insights on what to expect and what not to expect. Ryan is a legend and he has a lot of experience in swimming.”

On his daily motivations, he said, “I just love competing. I love racing other people. I grew up in a very competitive household with my two older sisters swam, and my mother who also swam. While my father never swam, he is now a swim coach. I grew up always competing with my sisters and my teammates and I love it.”

Regarding the title of the current chapter of his life, he responded, “Go with the Flow.”

He listed the “breaststroke” as his personal favorite stroke in swimming even though in actuality it may be his worst stroke.

For young and aspiring swimmers, he said, “Trust your coaches. My coaches have been coaching before I was even born so I think they know a thing or two about swimming.”

On his career-defining moments, he shared, “After the U.S. Open in 2016, I wasn’t really having the best meet. I dropped a second in my mile, which was good, but for the rest of it, I was super exhausted, and my coach Fred Lewis noticed that and took me to the side and told me that this is good for me since it was what I needed because it was hard. He reminded me that I would get through everything, and that voice always comes to me when I am struggling and it helps me push through. I owe it all to Coach Fred Lewis.”

For his fans and supporters, Finke said, “I am so grateful to have all of that support in my life, especially my parents, coaches, my sister, and even my dog.”