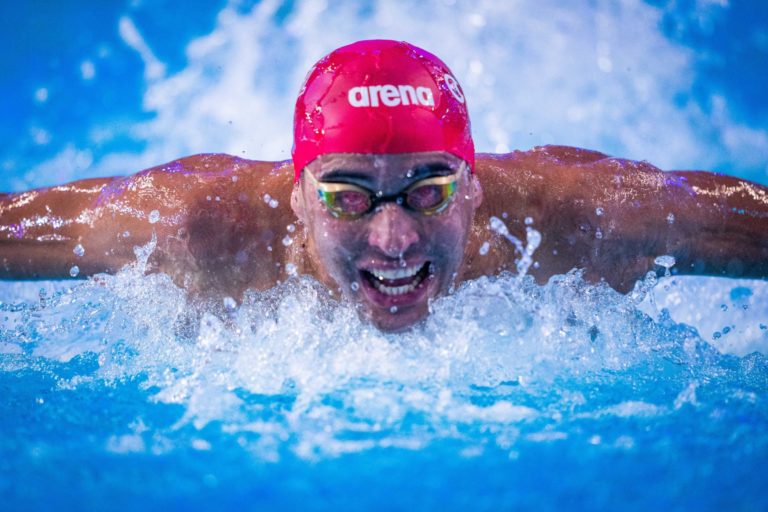 In the men’s 200 meter butterfly final at the Tokyo Summer Olympic Games, Le Clos finished in fifth place with a time of 1:54.93.

On his experience at the Tokyo Olympic Games, he said, “My experience was a little bit different. Obviously, I would have been happy with two medals. This time around, it was a challenging couple of months leading up to it but it is what it is. There are a lot of big things to look forward to including the ISL finals next year. I am happy to be back with the Energy Standard team.”

“I wasn’t happy with my performance at the Olympics, I will say it as it is,” he said. “I am looking forward to getting back to the old Chad.”

“While I am very proud of what I accomplished, I was very disappointed to not at least medal at the Olympics, Le Clos said. “I did believe that even on my worst day I could sneak a bronze medal win. Unfortunately, sports is like that. I am very comfortable that I will be successful at the Paris 2024 Olympic Games.”

“There is a lot more fight left in me. I am definitely not done and I am not looking at retiring,” he said. “I am still young, I just turned 29. I feel good and I feel like I am learning. I still feel like I have more to improve on. I still think I can swim PBs in the years to come, long-course and short-course.”

He is looking forward to the short course season with the ISL. “A lot of people know that I am quite good in short course races, so it’s important for me to do well in that,” he said. “We have a really amazing group of swimmers.”

Le Clos praised Energy Standard General Manager James Gibson, MBE and Head Coach Tom Tom Rushton, and the incredible team of athletes. “I am grateful for the team that I have since they have helped me become the best that I can be,” he said.

“Last week’s ISL match was fantastic, just to get some wins under the belt was very important for me personally,” he said. “To go out there, race the skins, and have that pressure on the line and score the points was great. I am looking forward to getting back to what got me to the top when I was younger.”

“It has been a tough couple of months for a lot of people, and going forward I am very confident that I will be successful in the next three years, for sure. I have big ambitions for the Commonwealth Games and the next Olympic Games,” he acknowledged.

Le Clos listed the butterfly as his personal favorite stroke in swimming. “I really love the butterfly but I also love the freestyle too,” he said. “Long course, I am going to start dabbling with the 100 meter freestyle pretty soon just to add some more things and to challenge the big boys and heavy-hitters out there.”

He complimented sports photographer Mine Kasapoglu for being “the best.” “Mine is a cool member of the team, she takes some really cool pictures. She really is the best,” he said.

His “Unbelievable” documentary was released in the summer of 2016, and it was quite emotional. He hopes to have a new film out on his life in the summer of next year. “We are filming a pretty cool proper movie,” he said, whose duration is about an hour and a half or two hours.

“It will be quite a nice little film,” he added.

When asked what advice he would give to his 18-year-old self, he said, “To appreciate my achievements a bit more than I did. I wish I could go back and tell that younger person to go with his heart.”

For his fans and supporters, Le Clos said, “I am very grateful. A huge thank you to everyone. The fan support means everything to me. I appreciate all of the support that I have had all of these years. I hope to keep making them proud, and I hope to win again, for sure.”