Speaking with ESPN’s Marc Stein on the “Conversations” podcast, Jefferson, a 36-year-old Cavaliers forward, said he’s been impressed by James’ leadership since joining the team in 2015.

“His approach to the game, a lot of people don’t see how hard he works,” Jefferson said. “Being in the weight room, the training regimen that he has — I’ve never seen it. I can honestly say that.”

Jefferson recalled hearing former players like Allen Iverson and Tracy McGrady laugh at a Team USA practice as James was entering the NBA about how a skinny “perimeter” player was going to take over the league.

“The kid [LeBron] came in as, and the physical presence he is now, it’s two different people,” he said.

Jefferson also said while he never played with legendary workaholics like Michael Jordan or Kobe Bryant, the effort LeBron puts into leading a team is unparalleled.

“The amount of time he spends being great with lifting and shooting and training, he is as equal when it comes to spending time trying to be a good teammate. Having people over to his house for dinner, throwing a Christmas party or a Halloween party, having guys orchestrating a dinner here or a movie night here. He spends as much time trying to be great on the court as he does trying to make sure the team is a cohesive unit off the court.”

When Stein remarked that James has a reputation for being a demanding teammate when it comes to how teammates prepare and play, Jefferson said James’ off-court work allows him to demand effort from teammates. 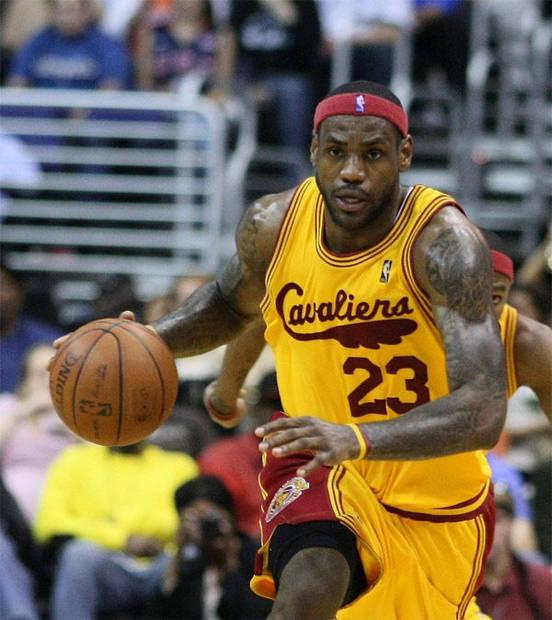 LeBron James is the all-star forward on the Cleveland Cavaliers NBA team
Photo by Keith Allison
Jefferson continued, discussing how LeBron doesn’t like things to get too “comfortable” around the team.

It’s not the first time Jefferson has marveled over LeBron’s work ethic. During the Finals, Jefferson said he was in awe at how LeBron was able to carry the weight of an entire organization and city and deliver when the pressure was on him.

“Not many people in the history of sports have said, ‘Everyone get on my back.’ The city, state, organization, team … ‘Get on my back. If we win or fail, I’ll take the blame – but I’m going to lead you.’ How many people have ever said that? I can’t think of too many players who have put that type of pressure on themselves and then have delivered more times than not. And he embraces it.”

At 32 years old, James is still improving his game and carrying the Cavaliers. And from the sounds of it, he’s continually making strides off of the floor to become a better teammate.