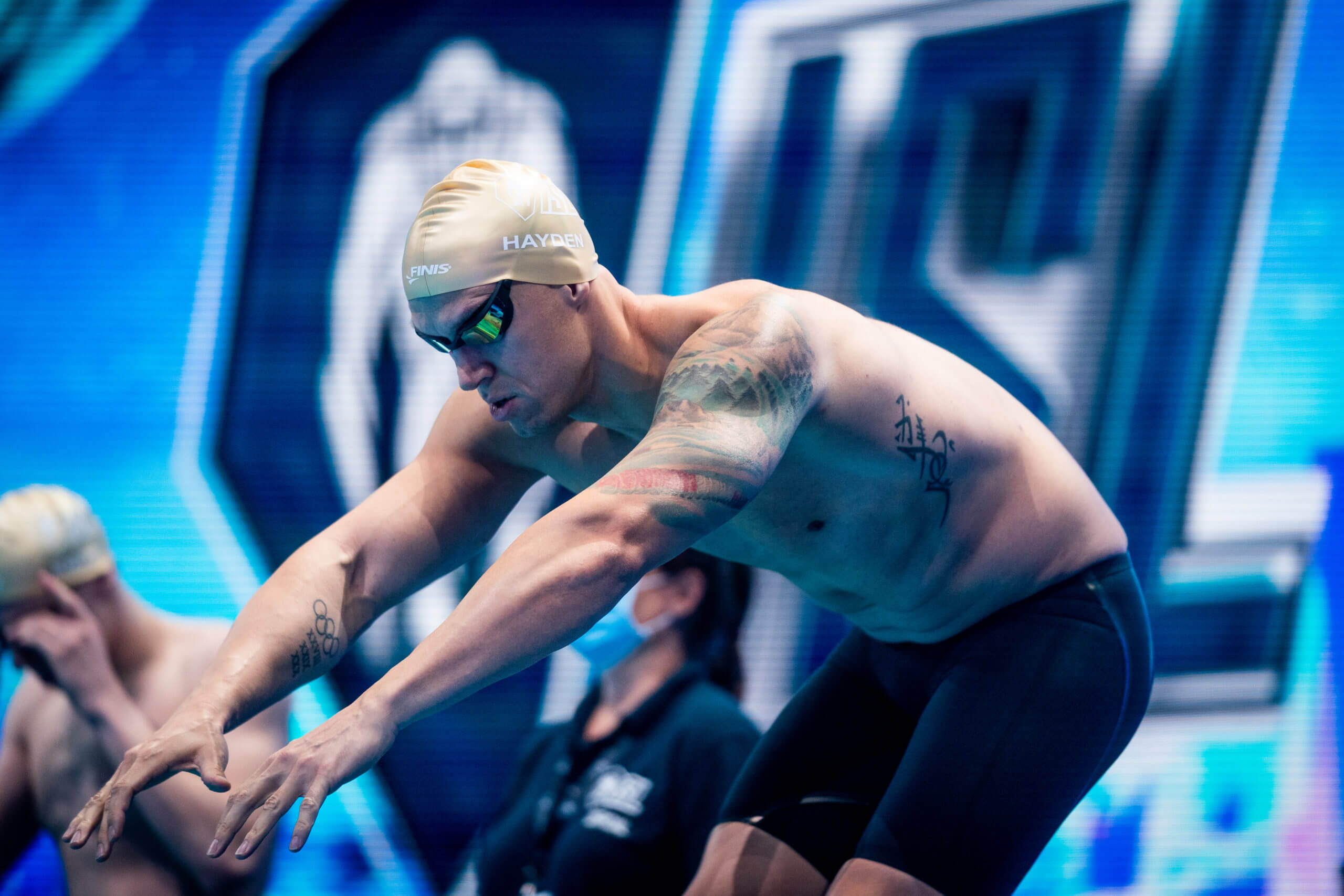 Canadian swimmer Brent Hayden chatted with Digital Journal’s Markos Papadatos about his experience at the Tokyo Summer Olympic Games, and his latest endeavors, which include being named “Comeback Swimmer of the Year” by Swimming World Magazine.

His road back to the pool started in 2019. After seven years away from the sport, Hayden found himself loving it again. He is a four-time Olympian, a world champion, and an Olympic bronze medalist in the men’s 100 meter freestyle (2012 Olympics in London).

The late U.S. Army general and former Secretary of State Colin Powell once said: “A dream doesn’t become reality through magic; it takes sweat, determination, and hard work.” Brent Hayden is an actor and swimmer that epitomizes this wise quote.

‘Comeback Swimmer of the Year’

Swimming World Magazine recognized him as the “Comeback Swimmer of the Year,” and rightfully so. He was away from the sport for seven years and for two years he trained through a pandemic.

On receiving this recognition, Hayden said, “It felt really great, it was definitely unexpected. I didn’t even think that this was something that people get recognized for. It was an incredible honor since we almost won a medal and we exceeded everybody’s expectations, and I nearly made the final in the 50 meter freestyle. It was nice that people were impacted by my presence and my story. That felt good to be recognized for that.”

Hayden became the oldest swimmer to go under 48 seconds in the 100 meter during the relay. He also missed the 50 meter final by only 0.04 seconds and he posted his fastest time post-bodysuit era and this was his best-ever Olympic time in that event.

In 2021, Hayden won the men’s 50 meter freestyle race at the Canadian Olympic Trials with a time of 21.82 seconds, well ahead of the FINA “A” standard of 22.01 seconds. This was his fourth time representing Canada at the Olympic Games.

Team Canada finished in fourth place in the men’s 4 x 100 meter freestyle relay with a national record time of 3:10.82. Hayden’s swim in that opening relay leg was quite remarkable since he clocked 47.99 seconds, where he became the oldest man to ever swim under 48 seconds by five years. “I didn’t know that at the time, I found out later,” he said.

“In my training, I never really focused on the 100 meter freestyle, but my coach was secretly training me for it,” he admitted. “My main focus was on the 50 meter freestyle and getting faster and more powerful. We thought that I could potentially help out Canada on the relay because they need four guys. It was such a great feeling when I touched the wall and I saw 47.99 seconds. The last time I did sub 48 seconds was back in 2012 right before I retired.”

“This result definitely motivates me to keep going since I don’t need to be winning medals and breaking records for people to get inspired,” he added.

Hayden proves how he has been a leader for this young delegation of swimmers that are shaping the future of the country, and he was also named to the board of the International Swimmers’ Alliance. “That feels good because it was voted on so it was great to get that vote of confidence. We definitely need the ISA and we’ve had a lot of meetings and we got a lot of ideas. It is starting to make some positive impacts and we are ready to make some more impacts. I am excited to be a part of that,” he said.