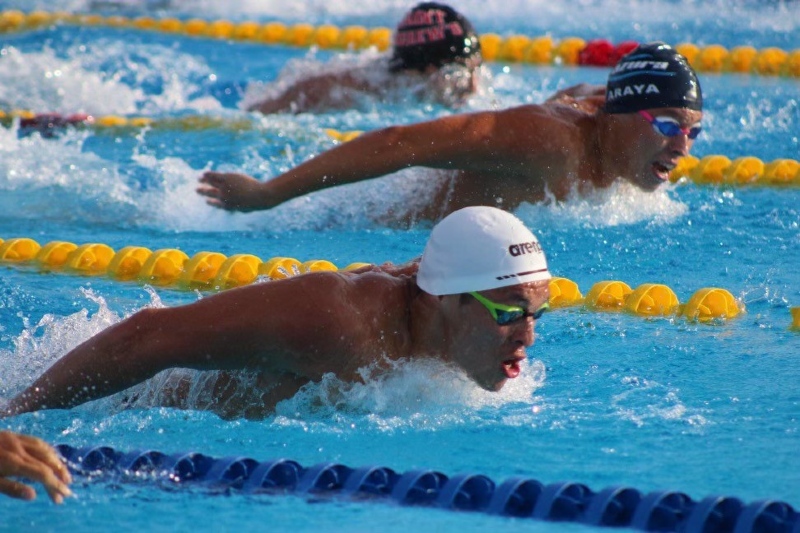 Mexican swimmer and Olympian Angel Martinez chatted with Digital Journal’s Markos Papadatos about joining the Cali Condors swimming team and he reflected on his experience at the Tokyo Summer Olympic Games.

Martinez is a Mexican national record holder in swimming, and he has won over 50 national medals in his home country.

Each day, he is motivated by his desire to be better as a swimmer and as a person. “I feel that I have so much potential in me so I want to be the best version of myself,” he said. “I have a lot of talent and I still haven’t had a chance to release it all out of me.”

“I feel like I’ve grown a lot over these past three months, and I can improve so much more over the next two years. I am so excited to see what I can accomplish. I may not ever be the best in the world but I feel that I can be really, really good. That’s what keeps moving me forward,” Martinez added.

On competing at the Tokyo Olympic Games, he said, “Honestly, it was awesome. I got there July 18 and I left on July 31. From the moment I got to the Olympic Village, it was such an amazing experience. Everybody was so nice and they all cared about what I was doing. It was like a dream.”

Equally thrilling for Martinez was being invited to join the Cali Condors swimming team for the International Swimming League (ISL) Season 3. “So many amazing things have happened to me in the past month and I am still processing them,” he said. “They told me I got drafted on a Friday and two days later, they told me I made the Olympic team so that weekend was crazy for me. I have been trying to make the Olympics for so long and everything happened on that weekend. I was just so happy and I am so honored to join the Cali Condors, they are awesome.”

“To have Jason Lezak as my team’s General Manager is absolutely insane,” he exclaimed. “I still remember watching that famous relay race of his in 2008, I think that’s the best race in history. Watching Jason in that final leg in the relay was unbelievable so now being able to talk to him is just incredible.”

For young and aspiring swimmers, he said, “If you have a dream and you want to accomplish it, and you put the effort into it, then go for it. As long as you have the right mindset and you give it a good effort, everything is possible. A lot of Mexican swimmers made it since we never gave up.”

When asked about his personal favorite stroke in swimming, he revealed that it is the “breaststroke” but as an IMer he has to do them all since the individual medley involves all four strokes (butterfly, backstroke, breaststroke, and the freestyle). “I get to do the breaststroke as part of the IM,” he admitted.