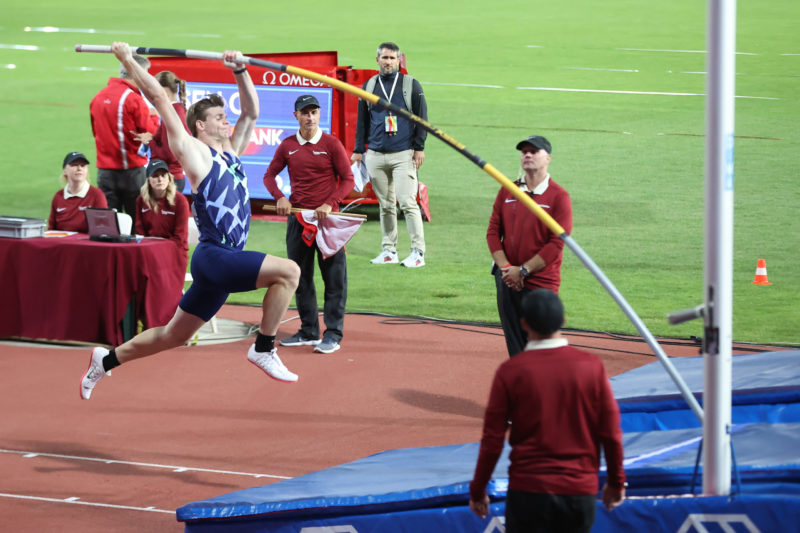 Nilsen, the Olympic silver medalist at Tokyo, won with a jump of 5.82 meters, which he secured on his first attempt. Kendricks was able to clear 5.82 meters as well, but the countback rule worked in Nilsen’s favor (since Kendricks cleared that same height on his second try).