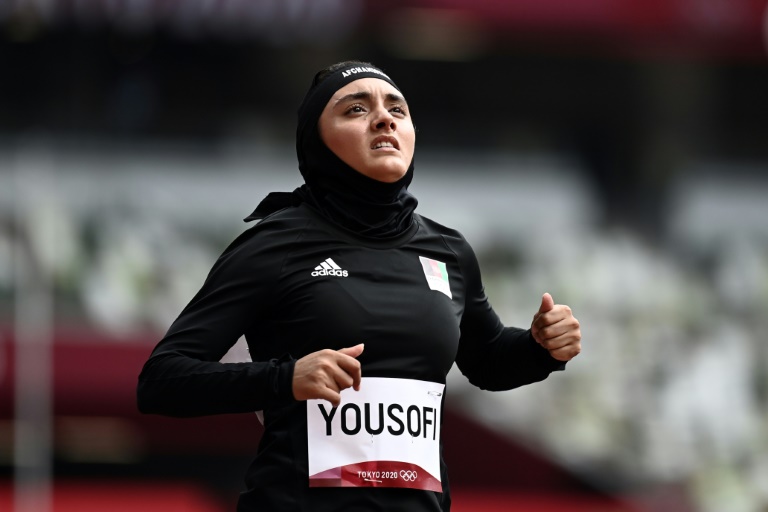 Afghanistan’s Olympic flag-bearer Kimia Yousofi has resettled in Australia after fleeing Taliban persecution, Games officials in Sydney said Wednesday, and the sprinter has already set her sights on Paris 2024.

The Australian Olympic Committee said the relocation of Yousofi and dozens of others was the culmination of a year’s work trying to help Afghans with ties to the Olympic movement.

Asian Games taekwondo medallist Ahmad Abasy was also part of the 31 people from five families who began arriving in Australia from early June, with the most recent arrivals landing last week.

Olympic officials said they would have faced significant risks had they remained in Afghanistan due to their support for women in sport and education.

“For the families involved, the stress and uncertainty over this time has been enormous,” Australian Olympic Committee chief executive Matt Carroll said in a statement.

“These brave people have endured significant hardship and we are so pleased that our efforts have been successful. Many have spent time in locations outside Afghanistan and it’s wonderful to now have them on Australian soil.”

Yousofi, who competed in the women’s 100m at Tokyo 2020, said she still intends to compete in the next Olympics.

“It’s been a journey for me but I am very happy to be here. I am essentially starting a new life here. I am going to be training very hard and it would be exciting to go to Paris — I am definitely going to be competing,” she said.

Olympic officials said they were organising employment and educational opportunities for the families, with sponsors providing shopping vouchers, clothing and other assistance.