As we do every week, we’ve collected the top news stories and compiled them on one page. Digital Journalists reported on shocking breaking news, animal-rights updates, reports on viral videos and much more.

We also highlight some of the major topics Digital Journalists have been covering recently. Note you can see the trending topics at the top of any page on our news network, in the black bar. They are changing constantly to react to what people are reading on the site. We wanted to include this feature to let you know the topics people want to read about on Digital Journal.

Two days before presenting a comprehensive report on the condition of orca Morgan in an Amsterdam court case, scientist Dr. Ingrid Visser said she received a letter threatening legal action from the park, if the report was not retracted.

Jillian Thomas was feeding a dolphin at SeaWorld Orlando when it partially launched out of the water and grabbed the girl’s hand. Now a former SeaWorld trainer is reaching out to the 8-year-old.

Op-Ed: Is this the worst Christmas tree in the history of the holidays? (Includes first-hand account) by Andrew Moran

Late last month, the Eaton Centre shopping mall in Toronto unveiled this year’s Christmas tree and it’s quite unique to say the least. Veering away from traditional Christmas trees we see, this just might be one of the ugliest I’ve ever seen. 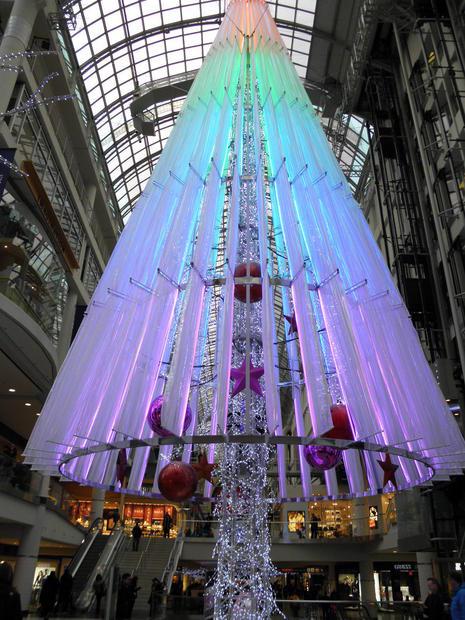 The latest Christmas tree in Toronto for the holiday season at the Eaton Centre.
Andrew Moran

It seems hard to believe that a United Nations treaty that calls for those with disabilities to be treated equally could be something the US Senate would be against, but the unimaginable became a reality on Tuesday.

“Date rape” drugs have been around for at least a couple of decades, but new products in development may make it easier for people to protect themselves.

Miriam Margolyes’ one-woman show “Dickens’ Women” brings the wit and emotion of Charles Dickens to the stage so vividly, it makes his writing sound almost contemporary. Even if you hate Dickens, chances are good that you’ll enjoy this show. 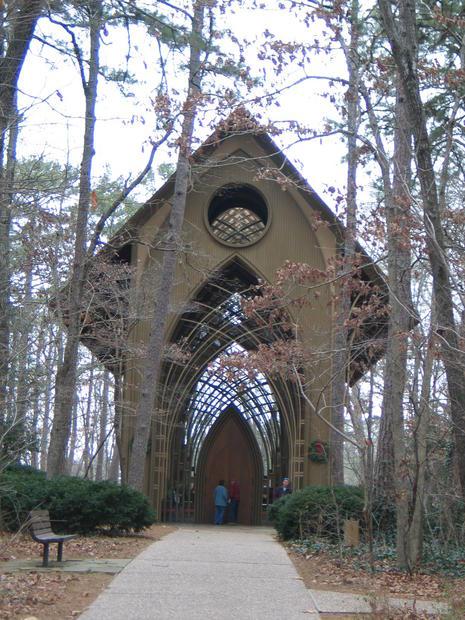 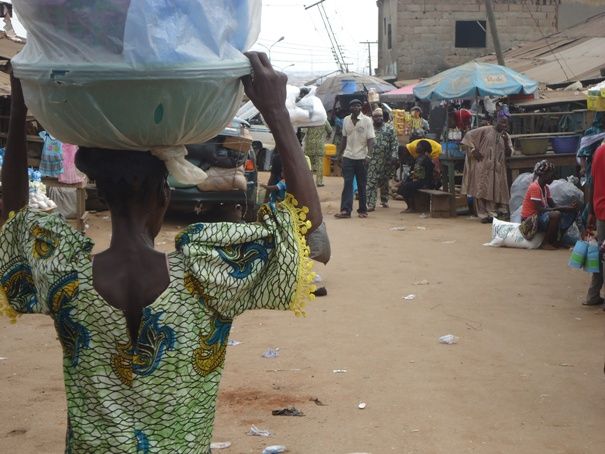 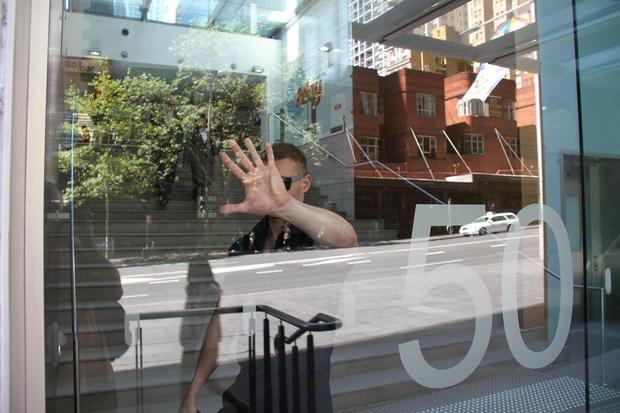 A security guard tries to stop photos being taken at the Sydney offices of 2Day FM at 50 Goulburn Street next to World Square.
Richard Milnes 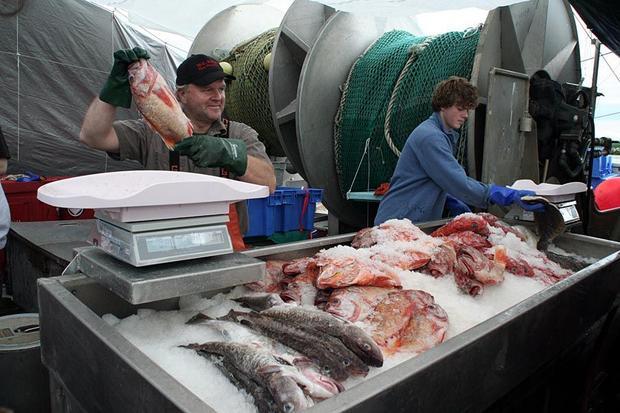 Selling fresh caught fish directly from the fishing boat, with its coils of fishing nets at Steveston Fish Market, Richmond, BC.
Joseph Boltrukiewicz 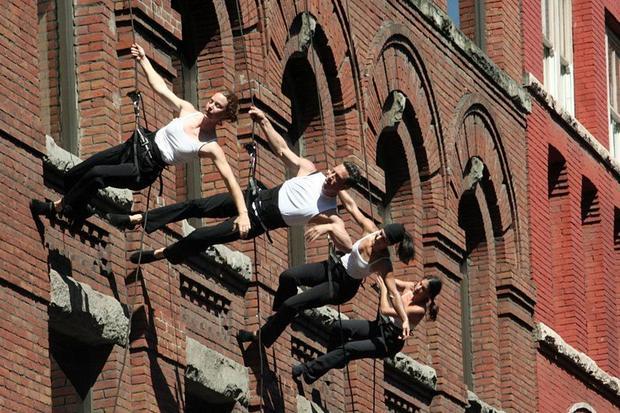 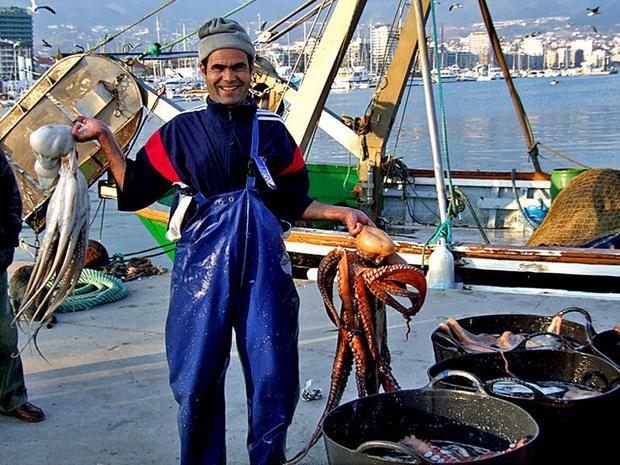 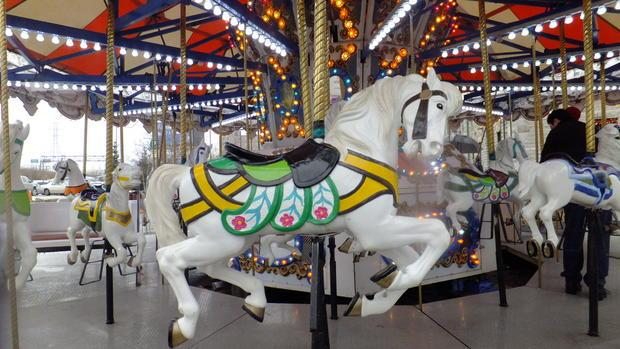 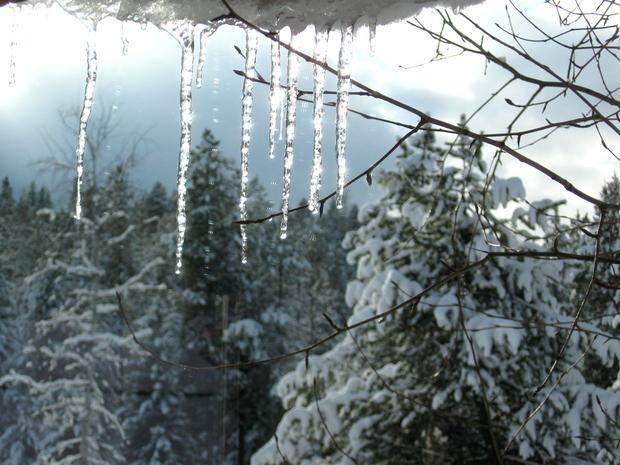 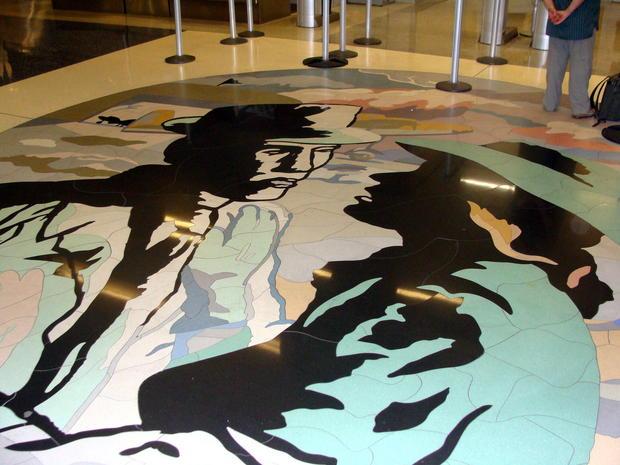 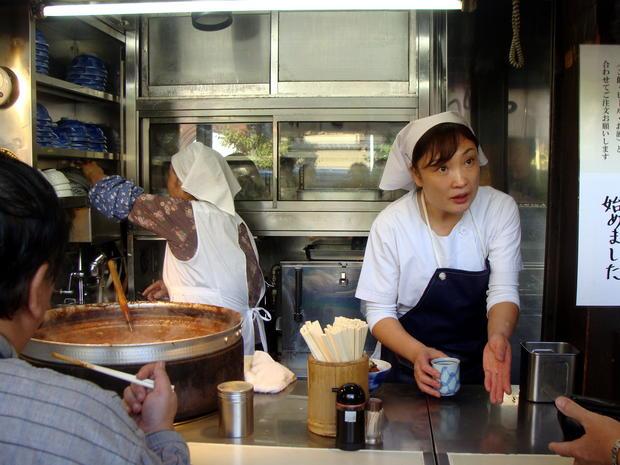 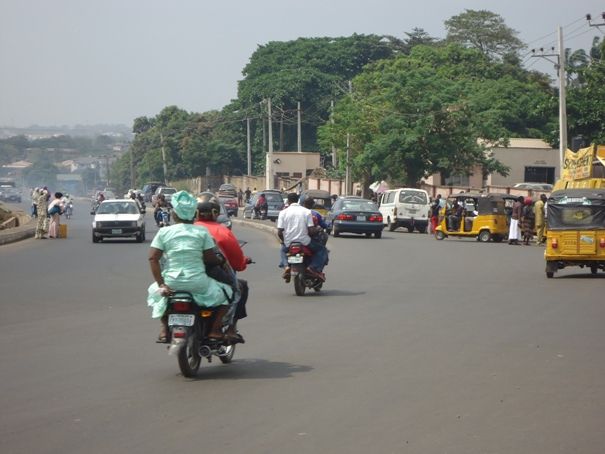 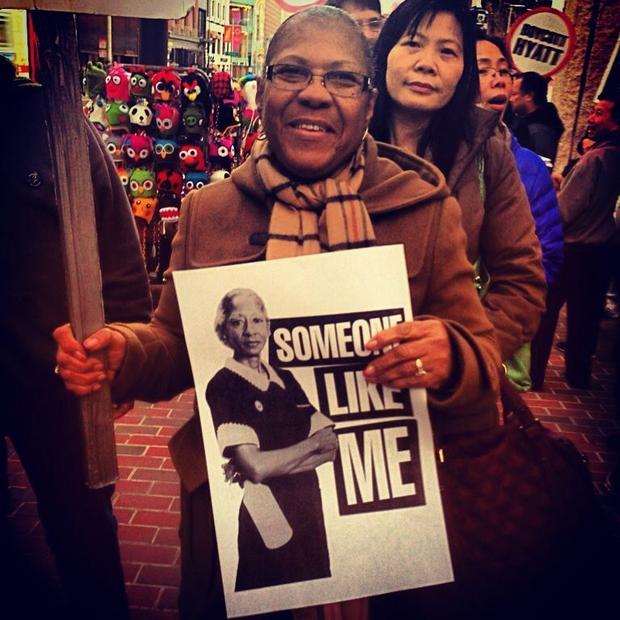 Aurolyn Rush, a phone operator at the Grand Hyatt who has worked there for 16 years, was among the workers that rallied outside the hotel at San Francisco’s Union Square on Dec. 13.
Photo by Julia Wong, courtesy of Unite Here labor union, Local 2 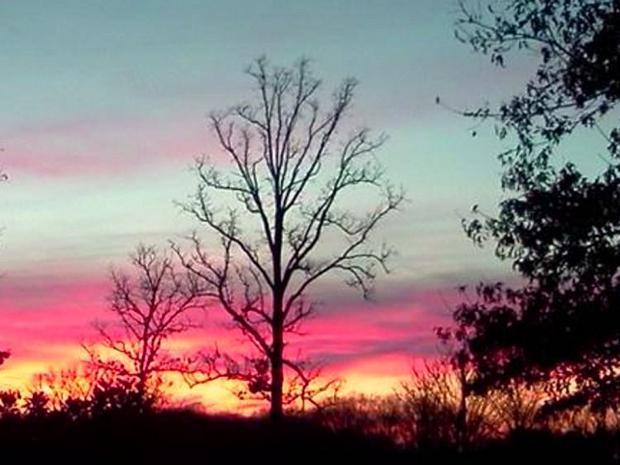 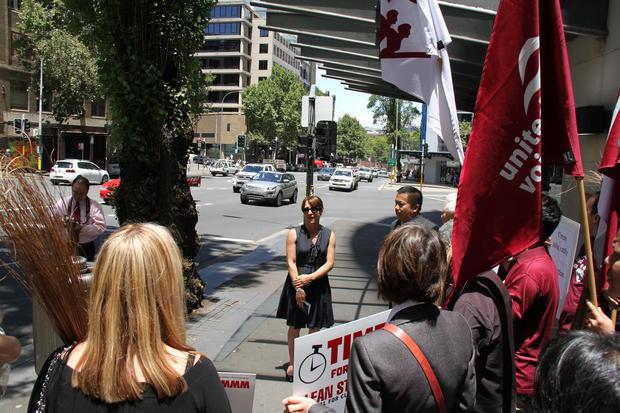 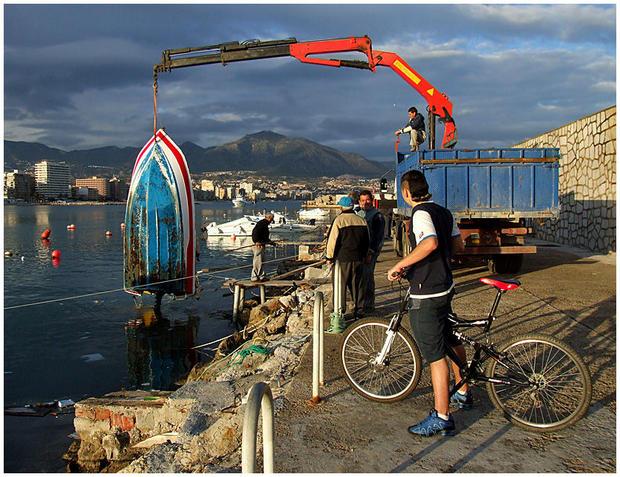 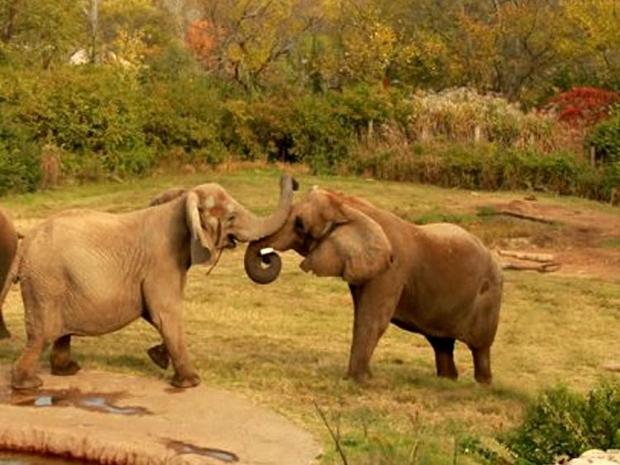 Elephants playing next to the pond at the Zoo at Grassmere.
Greta McClain 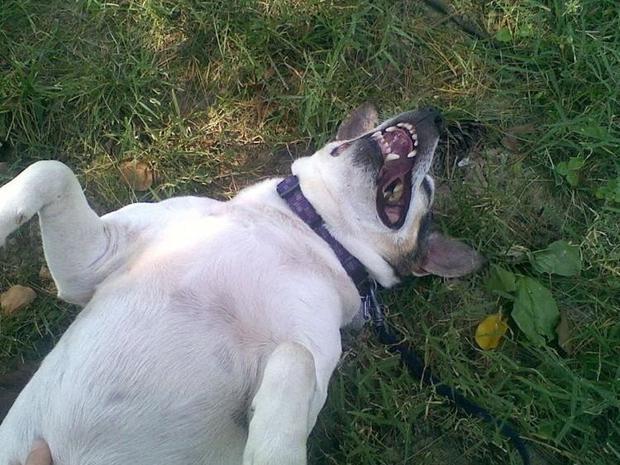 Nubbi enjoying a roll in the grass on a nice spring day.
Greta McClain 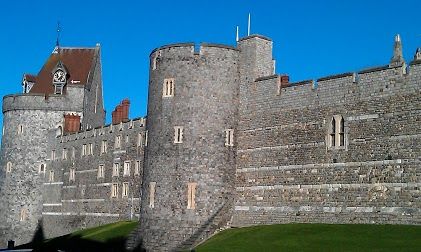 One of the turrets of Windsor Castle.
Tim Sandle

27 killed in Connecticut school shooting, including 20 children by Brett Wilkins

Connecticut state police are responding to a shooting at Sandy Hook Elementary School in Newtown, 50 miles southwest of Hartford. Twenty children and the school’s principal have been killed in Friday morning’s shooting.

A video clip of a new film captures the moment an iceberg in Greenland begins to calve, making it the largest iceberg calving ever to be captured on film.

Barcelona: Woman busted with 3 lbs of cocaine in breasts by Larry Clifton

Wednesday, Spanish border police who arrested a Panamanian woman for smuggling cocaine at the Barcelona airport found 3 pounds of cocaine in her breasts.

NASA is so confident that the Mayan Apocalypse will fail on Dec. 21 that it has released ahead of its Dec. 22 schedule, a video titled, “Why the World didn’t End Yesterday.” But some ask, is it unsure that anyone would see the video on Dec. 22?

Skeptics are now wondering whether the Mayans were right after all, following sightings of UFOs over two US cities. Last week, residents of both San Francisco and Brooklyn witnessed glowing objects in the sky. A sighting was also reported in England.

It seems that for the former tennis number one Caroline Wozniacki, the maxim is: If you can’t beat ’em you spoof ’em. At a recent exhibition match against Maria Sharapova in Sao Paulo, she did a hilarious impersonation of Serena Williams.

Researchers in Antarctica discovered a bizarre creature in an ancient cocoon. Researchers say that this creature is unlike anything ever seen before.

Costa Cruises, the owner/operator of the Costa Concordia, which went down nearly a year ago with the loss of 32 passengers and crew, is building a replacement. The construction of the 132,500 ton Costa Diadema began in Italy Monday. 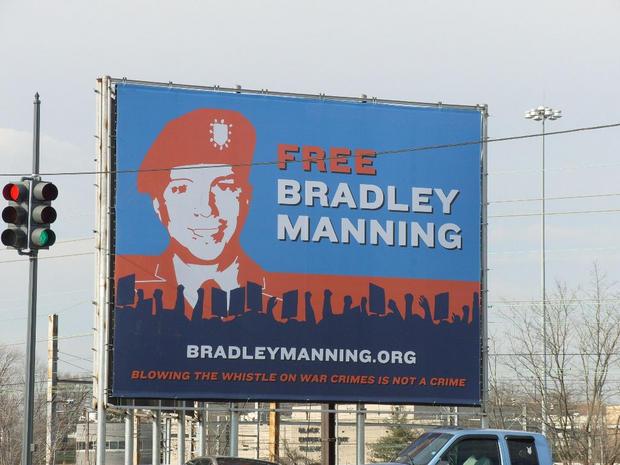 Each year the Guardian’s editors and readers nominate and vote for the person they consider to be most important and a headline-maker for the year. This year the winners were Bradley Manning, followed by Malala Yousafzai.

The latest fashion trend for men is meggings, leggings for men, a natural winter progression for men who like to wear tights, the mantyhose that became the must have summer style look.

Russian PM Dimitry Medvedev may have set conspiracy theorists in a rut of excitement two weeks to the Mayan Apocalypse when he said in a footage recorded after a TV interview that Russian presidents get to see secret files about aliens living among us.

Watch this unbelievable sleight-of-hand trick by French magician Yann Frisch, with open-mouthed amazement. Frisch is a specialist in the genre of stage trick he calls “Baltass,” and he has spent years perfecting his routine.

Just when you thought the Internet could not get any more strange, or creepy, in walks “The Sexxxtons”, an online show featuring a mother and daughter adult entertainment duo.

As many of you know, photos uploaded to Digital Journal should either be your own images, published with permission, in…

In November 19, 2012, I sent a registered letter to an address in the US City of Minneapolis…

I found some fantastic stuff while looking for decent jewelry for my Amazon store. This stuff is something else. If you…