Every second, 1.4 blogs are created and 17 articles are published on the Internet — the power of citizen journalism is growing to unprecedented levels. Take a look at how two of DigitalJournal’s members are contributing to the rising tide of blogland.

Digital Journal — Cynthia T. spends up to four hours a day blogging, commenting and reading news. The 70-year-old grandmother, who preferred not to reveal her last name, has never had an interest in being online, but after discovering the impact of social networking and citizen journalism, she’s become completely addicted. On DigitalJournal.com, she’s known as Picasso.

“The media where I live doesn’t give us news about other cities or countries,” she said. “Living near Detroit, all we ever hear is so-and-so shot so-and-so. The media is no longer doing its job and, for me, the Internet has filled that void.”

Living in Farmington Hills, Michigan, the mother of four (and grandmother of two) has seen media evolve through generations. And like many people, she has now turned to the Web for broader perspectives on current events, breaking news and even social networking.

Online citizen journalism is arriving at an important time. According to the annual report on American journalism published by the Project for Excellence in Journalism, the mean average audience (in the last year) for cable news dropped roughly 12 per cent in prime time and 11 per cent in daytime; network news lost one million viewers (about the same number as each of the last 25 years); newspapers saw daily circulation drop almost 3 per cent and Sunday circulation fell 4 per cent. All of this is happening at the same time the Web is booming.

“Now that I am online and looking for news, I hear about things sometimes days before they make it on TV,” Cynthia said excitedly. “I don’t read the paper anymore, I hardly watch television news and when I talk with my friends about current events, I can draw on information that I’ve read in discussions online. I truly feel far more informed than I ever have before.”

What surprises me most is that Cynthia has never done anything like this. Before joining DigitalJournal.com, her Web experience was limited to checking email. After her daughter told her about DigitalJournal.com, she signed up because she enjoyed being part of a community she didn’t think was possible on the Internet. That was on Dec. 2, 2006, when she described her knowledge of the Internet as very limited. But today, she drops Web 2.0 buzz words like any seasoned Netizen. She also considers other users (whom she only knows as avatars) as family members.

Blogging has also sharpened her mind. She admitted that writing online has dramatically improved her ability to spell, a skill that started to fade with age. “I get so happy when I press the spellcheck button and it says no errors found,” she boasted.

I talked with Cynthia for almost an hour. She exuded enthusiasm like a child tearing apart gifts at Christmas, and her voice shined with excitement. Known as “mom” to her fellow Digital Journalists, the widely respected matriarch is known for weighing in on comment threads to quash heated debates, as well as teasing other users like a kid in the playground.

Cynthia is not unlike most who have taken up blogging as a simple pastime (and in many cases even as a full-time job). In what started out as a medium for teenage girls to vent their romantic frustrations, blogs are now a fundamental part of the online landscape: Recent surveys show that 55 per cent of Americans believe bloggers are essential to delivering news, while a whopping 74 per cent say citizen journalism will play a vital role in the future of journalism. 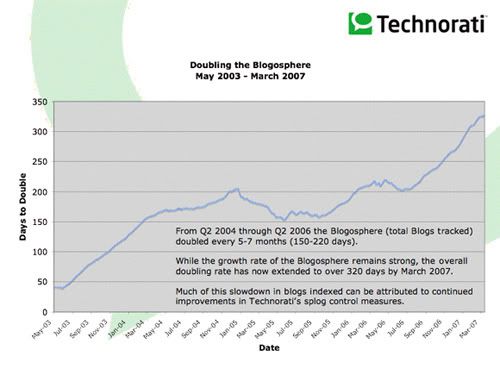 Between May 2003 and March 2007, the blogosphere has doubled in size every 5-7 months.
So what caused the cultural shift? In addition to the proliferation of high-speed broadband connections and the lure of reading news online before anywhere else, citizen journalism has seen a significant boost in public appeal. That dramatic change is thanks in part to the political landscape, world events and what I call a Web 2.0 version of punk culture (Wunk culture?). Like the rise of punk in the 1980s, today’s blogosphere is populated by people who are inherently skeptical and distrusting of authority (in this case mainstream media), and readers who now believe the perspectives presented in a single newscast are not objective enough. They go online to meet like-minded people, they check facts and spend hours researching, and they feel empowered by being part of the news-gathering process. Citizen journalism, and blogging, take advantage of all the promises of the early years of the Internet, promoting engagement, interaction and collaboration.

The whole idea of citizen journalism began with South Korea’s OhmyNews, which provides breaking news, investigative reporting, profiles and general news summaries. It’s run by five editors who look over user-generated content submitted by the 43,000 citizen journalists in the country.

And today, with sites like TechCrunch, Huffington Post and BoingBoing (to name a few), self-proclaimed citizen journalists and bloggers can attract more eyeballs than some national newspapers. According to Technorati’s latest State of the Blogosphere report there are more than 70 million blogs on the Internet, with 120,000 new ones being created every day (that’s 1.4 per created every second for those of you grabbing a calculator). Blogs are often popular during times of world crisis (today’s blogosphere sees 1.5 million posts per day or 17 per second) and blogs now make up almost one-quarter of the 100 most popular sites in the U.S. Their impact and influence can be seen in the fact that blogs in China have seen a thirty-fold increase in the last four years, prompting the Chinese government to employ about 30,000 censors to take down sites promoting democracy.

The world of citizen journalism has also seen an increase in teenage bloggers, who are disenchanted by the mainstream media. In March, the BBC offered $16 million to a 17-year-old citizen journalist who runs one of the most successful news sites on the web for young people (the kid turned down the offer). More often that not, it’s the younger generation clamouring to the Web to let their voices be heard. 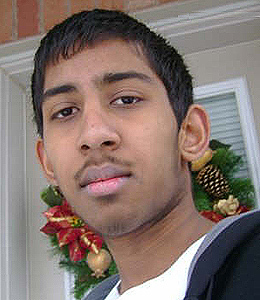 Sarawanan R., also known as saran81kid91 on DigitalJournal.com, is a 15-year-old citizen journalist who lives in Toronto.

Sarawanan R. (you know him as saran81kid91) is one such example: At 15 years old, Sarawanan is a Web power user, actively partaking in sites like digg and facebook, but also blogging regularly for sites like DigitalJournal.com where he’s positioned himself as an expert on gaming and technology, while also showing a budding knowledge of business news. He also has a paid position with zuneinfo.com where he writes about Microsoft’s beleaguered MP3 player.

“I started writing for forums but I am really interested in news so I contacted a few websites and asked if they needed writers,” Sarawanan told me during a phone interview.

He was quiet and understandably nervous, but as he warmed up to the conversation he let his passion for news shine. The grade 10 student is currently specializing in computer programming and is working on a Cisco course in Toronto. Already spreading his wings, he has even gone out on his own to finance a laptop to pursue his trade.

“I read the news a lot more than my friends and I’m very interested in politics, technology and gaming,” he said. “Blogs give me more info about these topics and tell it from a young person’s point of view. I think it’s really important for young people to get involved in blogging because more people relate to them than the mainstream media and we see things very differently than older generations.”

At 15, Sarawanan has already shown his web-scouring skills reporting news about Apple selling 100 million iPods (and doing it within 20 minutes of DigitalJournal.com receiving the official press release from the corporation, beating even our staff); he reported on the $4.5-billion offer that Kerkorian pitched to buy Chrysler before most major media were on it; and even looked at the environmental impact of video game consoles. Despite his age, Sarawanan has continued to show an intense interest in news and incredible passion for reporting on things that matter to younger generations, from perspectives with which they can relate.

In the world of citizen journalism and blogging (especially in user-driven sites open to many members), varying viewpoints keep people coming back. Constant interaction makes people feel like they are part of a community rather than being passively shown information. And user-driven sites are increasingly proving they are one of the few mediums in which such a diverse group of interests, backgrounds and news can exist. Where else can you have a 70-year-old blogging alongside a 15-year-old student?

“Being online has opened up a whole new world of perspective for me,” Cynthia said. “With the media in the U.S., you’ve got left wing and right wing, and news pushes agendas and is always biased. America is not what it once was. But being online, I can learn outside of what they want to tell me, and hear opinions and news that is not shown on television.”

Cynthia went on to explain how compulsive she’s become in checking her email to see what other DigitalJournal.com members are saying and reporting on, and how difficult it is for her to leave her keyboard and mouse. “My husband doesn’t get the appeal and is skeptical of the Internet, but as soon as he goes down for an afternoon nap I jump on to the computer. It’s funny how things have changed: My 40-year-old daughter is now the one telling me to be careful online.”

But with a wealth of information, a tight-knit group of bloggers and highly intellectual discussions peppering comment threads, she can’t stop.

During my interview with her, she said she loves this community 37 times. She laughed heartily while recalling inside jokes she has shared with users like wolfman2001 (who she fondly referred to as her adopted son), museinspiredart (who she says is worthy of any stand-up comedy stage) and British-based Planet Janet (who has opened her eyes to worldly news she would never hear about otherwise). And as a Christian, she continually mentioned how impressed and happy she was to hear stories from other cultures and religions, including DigitalJournal.com’s Muslim members from whom she has learned a great deal.

“If the world could somehow find a way to mimic this community,” Cynthia says, “the world would be a much better place.”

In this article:Blogging, Citizen journalism, demographics