King joined Digital Journal just last year, and has published about 300 articles, often featuring on-the-ground reports and in-depth interviews. He has managed to get several interviews with members of the Anonymous hacktivist group and often brings to light the plight of individuals in places like Saudi Arabia and Nigeria — before mainstream media picked up the story of Nigeria’s kidnapped schoolgirls.

Born at the Yokosuka Naval Air Station in Japan to a self-described “soldier father and hippie mother,” King spent his childhood moving around a lot: he lived in California, Texas, Tennessee, Kentucky, Florida, Alabama, Virginia and Georgia — and those are just the states he lived in longer than six months. He also calls himself a lifelong student, having attended courses at the University of Florida, the New York Institute of Photography and more.

We spoke with King to find out what got him interested in writing, what he’s passionate about, how he chooses his stories and much more. 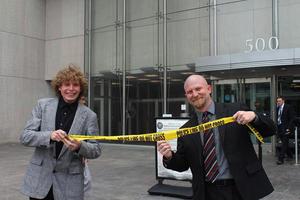 Digital Journal: Can you tell me a little bit about where you were born, and what you were into growing up?

Justin King: Well, I was born in Japan to a military family. Accordingly I spent my younger years moving around a great deal. While a lot of Army brats complain about it, I personally loved it. There’s something to be said for experiencing so much variety at an early age.

Growing up, I was always reading, and while I read just about anything I could get my hands on, there was always a history book of some kind in my bag. That’s still true today, only now the book is digital and doesn’t feel like it weighs 50 lbs. By the time I hit high school, I was already showing my activist nature. More often than not, it got me into trouble of one kind or another. So, I spent a lot of time in the principal’s office and more than a little bit of time in the back of police cars.

I think that was normal for a lot of people my age. I would attribute it to being fed the 1980s feel-good “fighting the good fight” propaganda our whole lives, and then suddenly when the Berlin Wall fell and there was no “evil empire” to justify our actions, we started to look at ourselves. Those that were really paying attention didn’t like what they saw staring back at them in the national mirror. Some people, myself included, didn’t know how to channel that energy into creating real change, so we settled for being a minor annoyance to the system. 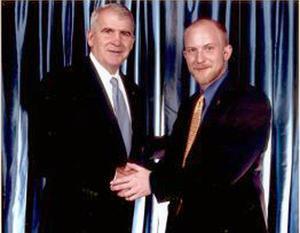 DJ: What did you study in your post-secondary education?

King:  I started taking college level courses while I was still in high school. Most of my early studies had to do with military sciences. While I was working as a security consultant I studied history, languages, photography, and emergency medicine. Later in life, I tried to develop some blue collar skills and took classes in welding, electrical repair, and automotive repair. I’ve gotten some software certifications along the way, too.  I’ll keep going to school forever. I’m really excited about some of the newer “open university” projects online. I guess I’ve always felt that once you stop learning, you’ve decided that you are done with life.Oddly enough, I’ve studied pretty much everything except journalism.

DJ: What led to your interest in writing and journalism?

King: Well I’ve always enjoyed writing, but I think the catalyst sending me to journalism was the realization that we don’t have genuine discourse in the United States. The media does a pretty good job of framing every issue as having only two sides. If you put four friends in a room, they can’t decide where to go to lunch, but every national or international issue has only two sides? Nothing in life is that simple. The world isn’t black and white; it’s full of shades of gray. As long as we treat every issue as only having two possible solutions, we will never get anywhere. I wanted to showcase the options and opinions that are outside of the sanctioned narrative, and hopefully stimulate some real debate. 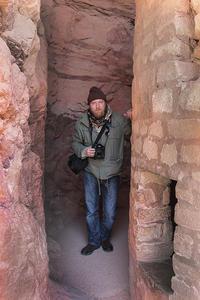 DJ: You’ve written quite a lot about the group Anonymous, what got you interested in them and what is it like corresponding with them, given their policy of secrecy?

King: The first time I heard about Anonymous beyond the normal Internet rumor mill was from a friend who mentioned they were planning a large event in DC. I started checking them out and felt like Alice headed down the rabbit hole. There was always something new and unexpected. It’s one of the reasons I stick with covering them: you never know what’s coming next.

Getting in with the different secs, or subdivisions, within the collective can be difficult. That was especially true in the beginning. Now that most have realized I’m not out to necessarily paint them as an “Internet hate machine,” it’s a bit easier. The biggest issue I ran across is the fake names and multiple online identities for the same person. Everybody wants to be quoted as “Guy Fawkes” or “Anoni Miss.” Getting them to go on the record with a real name, or at least one that sounds real, can be problematic. Aside from the very few public anons, most would sooner receive no press coverage than reveal who they are. It strikes to the heart of the philosophy that a nameless and leaderless organization can’t be beaten. It’s their belief, and it’s true. The FBI has claimed to have dismantled or shut down Anonymous half a dozen times, when in reality they’ve never even come close. Anonymous is really just an idea, not an organization. They can’t arrest the idea, and when they try to stop the idea by arresting a few anons and handing out long prison sentences, they typically just create more people willing to claim the title of Anonymous.

Since the tactic of remaining anonymous at almost any cost has proved to be extremely effective, I have to respect the their desire to remain hidden. It is certainly a pain at times because it takes a lot longer to verify that somebody is who they are representing themselves to be, but it protects them. In a way it protects me, too. If the FBI ever tried to subpoena my records, they wouldn’t learn anything they couldn’t read in an article. 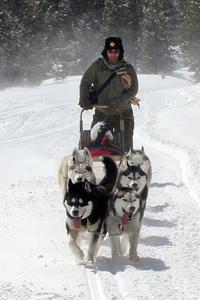 DJ: What other subjects are you passionate about? You’ve written about wolves, among other things.

King: Yes, I’ve always been interested in conservation and especially wolves. The most recent article about the wolf in Florida that was shot by Fish and Wildlife hit pretty close to home. I mean that quite literally, it happened a couple of miles away from my house and the wolf was from a preserve I frequent. I’ll probably stay clear of the subject for a while because the impartiality isn’t really there at the moment.

Government intrusion on everyday life is another hot button topic with me. Everything from censorship and surveillance to human rights, and when I say “government” I don’t necessarily mean the US government. I mean any government that profits from its people rather than existing to serve its people. Saudi Arabia is a nation that often finds its way into articles I’ve written because of their deplorable human rights record. I guess when the country is so bad that the King’s own daughters find themselves in confinement for more than a decade simply for expressing the revolutionary idea that women have rights, you know it’s a country that really needs a change of leadership.

Bringing out these types of stories really excites me. Major corporations own almost all the media outlets. Those same corporations own most of the world’s governments through either blatant corruption or legalized corruption along the lines of campaign contributions. So, anytime I can get a story out that exposes the brutality of the governments or the corruption of the governments, I feel like I’ve won a small victory. It’s one of the reasons I love the outlets I write for, a lot of my articles would never make it to print at an outlet owned by one of the big media companies. 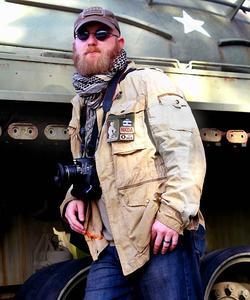 DJ: How did you hear about Digital Journal? And how do you decide what to write?

King: I was scanning through independent companies looking for outlets that didn’t have a significant left or right bias. Digital Journal seemed like a pretty good fit. The layout gives both sides of a story equal treatment, so while individual writers may have a bias, it balances out and it isn’t institutional. It seemed like the kind of team I wanted to be a part of.

I stay connected to different activist and political groups. I pay attention and jump in when their activities start to become newsworthy. At any given time, I have a dozen story ideas on my desktop. I work through them as fast as I can, but some get stale and are no longer “news” by the time I get to them. When I chime in on a national or international story, it’s typically because I think there is something inaccurate with the narrative the big outlets are pushing. I get some local sources and see what they have to say. It pays off. Digital Journal readers that paid attention to the Ukraine coverage during the protests knew the revolution and breakup was coming before it was ever mentioned in the mainstream.