Around 7:30 pm. Tuesday, 911 calls began coming in about what was taking place on Facebook Live. According to Bibb County Sheriff’s Office spokeswoman Sgt. Linda Howard, the teen was filming what was to be her death.

Authorities had no idea where the girl lived but were able to track her down after they contacted the local school board. About 30 minutes after the calls began coming in, police and paramedics arrived at her home. The teen had a pulse and was rushed to hospital. As of yesterday, she was reported to be recovering.

According to Bibb County Sheriff David Davis, this was the first time a suicide attempt on Facebook Live occurred in the county. He said, “It’s a good thing that people watching this called it in. Those people did the right thing.” The sheriff described social media as a “conduit for attention” and was thankful the right people were watching.

Since Facebook Live was launched last April, there have been numerous videos of violent crimes, including murder, and suicides that have been streamed, many of them recent. Last month, Steve Stephens of Cleveland shot and killed a 74-year-old man and then uploaded the murder on Facebook. And in the same month, a man in Thailand hanged his 11-month old daughter on Facebook Live before taking his own life. The video was viewed by the child’s mother. And during the same time period, an Alabama man shot himself in the head on Facebook Live after a breakup.

The Bibb County Sheriff’s Office acknowledged one of the calls they received came from Facebook. Facebook has come under a great deal of criticism recently for not properly monitoring the platform for violent content and not removing these videos quickly enough once they were reported. 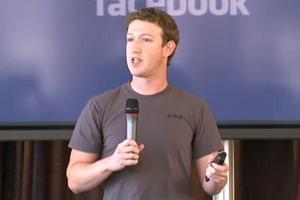