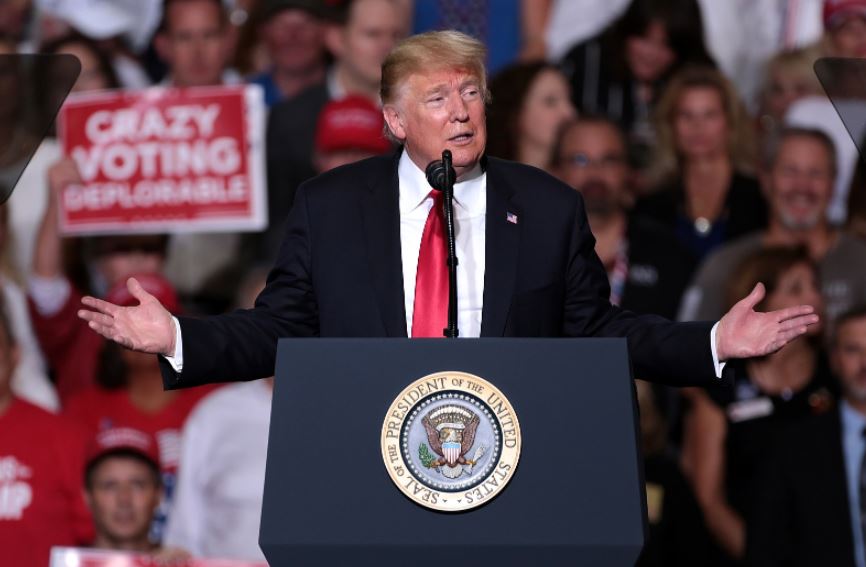 Former President Trump is busy writing his usual threats and rants on his new Internet platform, making sure the public doesn’t forget he was the creator of the “Big Lie.” And after a Facebook panel upheld his suspension from its platform, he dedicated today’s missive to tearing down all social media sites.

Trump didn’t just skewer Facebook, he lashed out at Twitter and Google, too, calling them a “total disgrace and an embarrassment to our Country,” according to Politico.

“Free Speech has been taken away from the President of the United States because the Radical Left Lunatics are afraid of the truth, but the truth will come out anyway, bigger and stronger than ever before,” stated Trump – who by the way, is not the president of this country anymore.

“These corrupt social media companies must pay a political price, and must never again be allowed to destroy and decimate our Electoral Process,” he continued.

It seems that The Donald was far more upset over Facebook’s decision to maintain his suspension than Twitter’s decision yesterday. The thing is, while the independent oversight board did uphold the suspension, it also found that the indefinite suspension was not appropriate, according to The Hill.

“The Board found that, in maintaining an unfounded narrative of electoral fraud and persistent calls to action, Mr. Trump created an environment where a serious risk of violence was possible,” the board wrote in a statement.

The board also asked that Facebook review its decision to develop a “proportionate response that is consistent with the rules that are applied to other users of its platform. Within six months of this decision, Facebook must reexamine the arbitrary penalty it imposed on January 7 and decide the appropriate penalty,” it said.

People will remember that Trump governed through his Twitter account, making it his own personal platform for trashing, thrashing, and otherwise bashing anything and everything he didn’t like, and that was a hell of a lot.

The one thing that the continuing ban on his Twitter and Facebook accounts has done is to shup Trump up.The ban has also denied Trump a powerful donor-cultivation tool to target grassroots conservatives.

However, while Trump has not dominated the news feed of late, he still manages to make his presence known. He has taken to sending emails to the press, and occasionally, the missives are actually made into a story, sad to say.

Trump is of the opinion that what he tells Republican lawmakers will be acted upon, sort of like them thinking he is still the president and leader of the party. Those GOP lawmakers have no idea of what the majority of Americans think of that.

To that end, Trump let Congress know that he was backing Rep. Elise Stefanik to replace Rep. Liz Cheney as House GOP conference chair – simply because Cheney has refused to back Trump’s lies about the election being taken away from him.

“Liz Cheney is a warmongering fool who has no business in Republican Party Leadership. We want leaders who believe in the Make America Great Again movement, and prioritize the values of America First,” Trump said in a statement.

In an earlier statement on his blog, Trump trashed Cheney for continuing “to unknowingly and foolishly say that there was no Election Fraud in the 2020 Presidential Election.”

“Thank you President Trump for your 100% support for House GOP Conference Chair. We are unified and focused on FIRING PELOSI & WINNING in 2022!” Stefanik wrote on Twitter.

Really, GOP Senators and Representatives, this country has too many things that need doing, yet, one idiot is keeping all of you up at night because you’re afraid of what he might say. I can tell you this – As long as the GOP continues to keep their noses up Trump’s behind – we will not have a Republican Party.