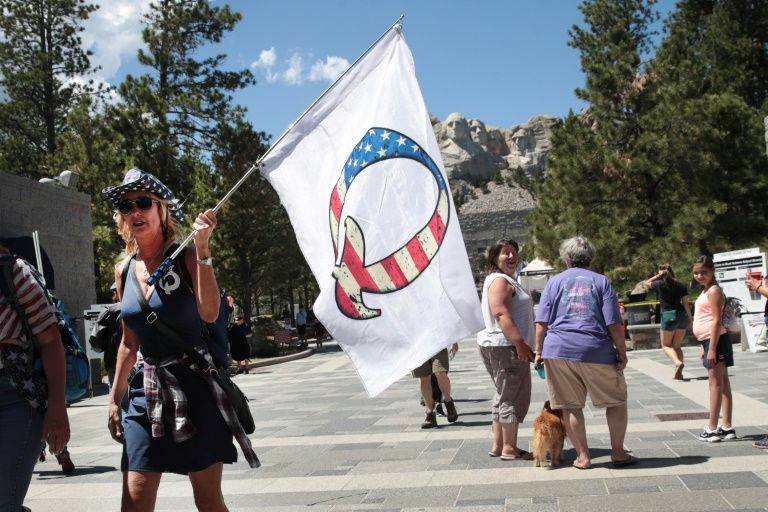 The news isn’t too ambivalent. All that misery came from a single source who’s now more interested in doing woodwork. That seems to be the one factual thing to come from QAnon. The polarization of the United States, which has been an absolute disaster for years, was amped up to boiling point. That polarization has now reached the point where Democrats and Republicans live in separate suburbs, but hey – If it’s pandering to someone’s ego, it must be great, right?
I don’t want to waste too much of your time, or mine, on this sniveling revelation.
Let’s check out the dynamics of QAnon:
1. It’s fairly hard to misspell a single letter.
2. QAnon was accepted as a “movement” by media in the quest, ironically, for an answer to a question which was never asked.
3. America’s “voiceless” had a voice, so they assumed the voice was voicing what they were told they believed.
4. The merchandising was fabulous. See the new Snow White, sometimes referred to as Alex Jones, for details.
5. An entire global demographic was created by BS alone.
6. Donny the perpetual two-year-old and Wonder Spud became a saint.
7. A collection of smug, insolvent, butt-ugly, useless cretins got the spotlight.
8. Social media became unbearable.
9. Other species have been evolving while all this was going on. The Raccoon Navy should be visiting you shortly, for example.
10. Not one single damn relevant, factual or useful thing transpired as a result of Q.
Proof of what?
Any unsubstantiated load of garbage was currency during this period. Defamation, slander, libel, baseless accusations, you name it; these were the commodities. Proof? None.
The only thing proven is that nobody ever went broke underestimating the intelligence of the American people, either. If you want to do something to help Q in its new escapades, send him some termites.

In this article:polarized USA, Q, qanon, US politics, woodworking