University of Essex lecturer Emma Briant has studied SCL Group, the conglomerate that includes Cambridge Analytica, for a decade. Her research, that includes interviews with CA’s employees, recordings as well as essays, was submitted to the media committee of the U.K. Parliament as part of its inquiry into fake news this week.

The world now knows Cambridge Analytica was on a mission to harvest information from some 87 million Facebook users that allegedly was used to help Donald Trump win the 2016 election. However, according to CBS News, Bryant says that what CA did with the information is central to just how powerful it became. 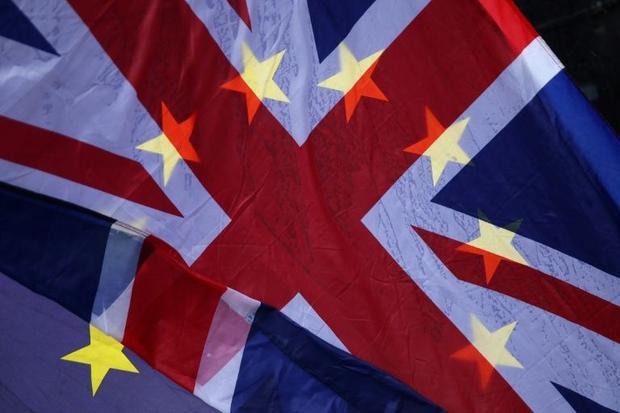 Brexit remains a fractious topic in Britain, with less than a year to go until the country quits the EU
Daniel LEAL-OLIVAS, AFP/File

“Fetishizing their specific technology will only promote its power,” Briant wrote. “The point is how they abused data (and people) for profit, the political impact of their campaign, and the implications of rapid development in this area for the future for all our democracies.”

As for Brexit, Bryant also notes that while Cambridge Analytica didn’t work for the official campaign group, known as Vote Leave, it did work for a group called Leave.EU. in the preliminary stages of the movement, and CA’s work provided the backbone Leave.EU needed to run its campaign, reports CTV News.

“Leave.EU sought to create an impression of ‘democracy’ and a campaign channeling public will while creating deliberately ‘provocative’ communications to subvert it and win by channeling hateful propaganda,” Briant wrote. 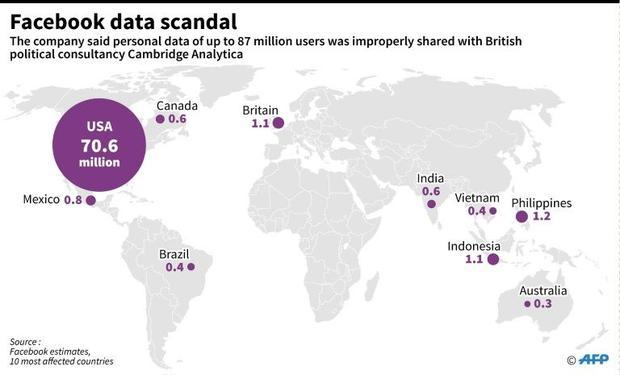 Facebook estimates of the number of people affected by the Cambridge Analytica affair in the world
Simon MALFATTO, AFP/File

Additional problems for Facebook
Mark Zuckerberg was also questioned on the huge number of fake profiles and identity theft on the social media site. Representative Adam Kinzinger, R-Illinois, told Zuckerberg, “My pictures have been stolen and used in fake accounts. In many cases, people have been extorted for money.”

And this issue – fake identities, and profiles – is another big problem Facebook needs to deal with besides the problems with Russian political interference and fake news. Facebook has over 2.1 billion users and they present an irresistible lure for scammers, groups spreading fake news and con artists from all over the world.

One incident is worth retelling, according to the Daily Beast. Two years ago, fighting broke out in northern Iraq around the town of Tuz Khurmatu between members of the Iraqi Kurdish military and fighters from Iraq’s Shiite Muslim militia. The two groups were supposedly on the same side, fighting ISIS. 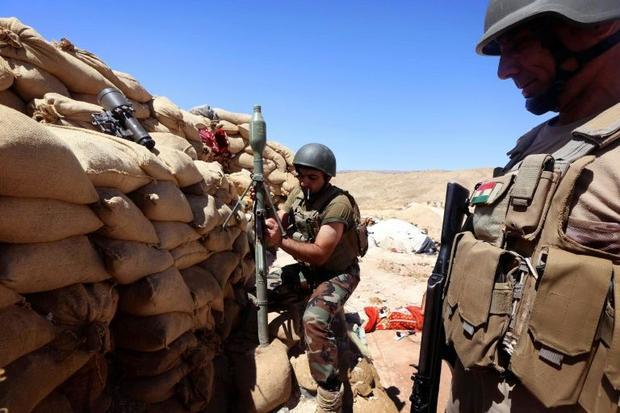 Iraqi Kurdish fighters have been fighting the Islamic State in Iraq and Syria
Safin Hamed, AFP/File

Social media sites, including Facebook, were soon filled with posts showing pictures and videos, allegedly from Tuz Khurmatu: burning tanks, battle action, and a truck filled with dead men. Khalif Awaf, one of the leaders of the local Shiite militias there, read on Facebook that the Kurds were gearing up the fight, sending tanks and special counter-terrorism forces.

Luckily, instead of taking Facebook at its word, Awaf called the mayor of Tuz Khurmatu, only to find out the whole story was a lie. Awaf says, “We asked the Iraqi Commission for Media and Communication to block social media within Kirkuk and Tuz Khurmatu because the sites were just being used to spread lies about both sides.”

According to soldiers in both the Kurdish and Shiite forces, the false reports on Facebook may have prolonged a conflict that, in the end, killed some 60 people.

The whole point is that around the world, from the U.S., UK and beyond, social media can be a dangerous sword when used by groups or individuals intent on causing dissension, bigotry, fear, and hatred. 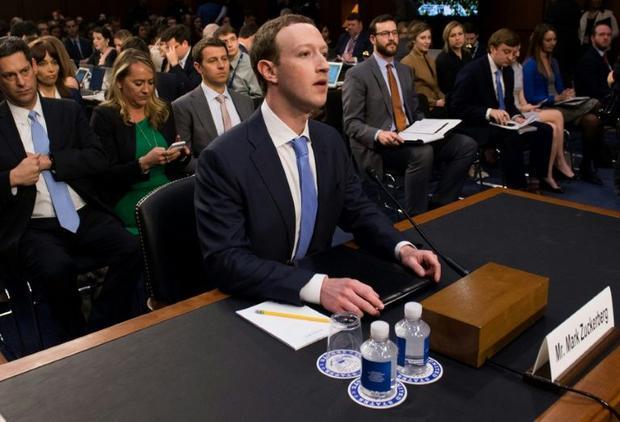 CEO Mark Zuckerberg has acknowledged that Facebook collects data beyond what users share on their profiles
SAUL LOEB, AFP/File

Getting an emotional response
Facebook, like other social media sites, has an agenda that is much more than just connecting people. The company’s “core functions are to deploy its algorithms to amplify content that generates strong emotional responses among its users and then convert what it learns about our interests and desires into targeted ads,” writes Siva Vaidhyanathan, director of the Center for Media and Citizenship at the University of Virginia.

Zuckerberg told Congress Facebook will try to “do better” by changing its algorithms. In the past, the tech giant has said it would fight “fake news” by promoting more “trusted sources” on its platform, legacy media like the New York Times and the BBC.

But when users repost fake news articles, can Facebook remove the posts? Zuckerberg claims artificial intelligence and Facebook’s detection systems automatically take down 99 percent of “terrorist content” before any kind of flagging. However, as The Verge’s James Vincent concludes from his reporting, “AI is not up to snuff when it comes to the nuances of human language.”

Fake news and nuanced reporting by unknown groups spreading ideas, whether real, fake or biased in some way to elicit an emotional response is something that even artificial intelligence algorithms may have trouble recognizing. And that could end up being a huge problem globally.