A blog dedicated to shopping malls chronicles their survival in big-box America. But Labelscar often acts as a memorial site to tell the fascinating stories behind the “dead malls” abandoned by store owners and customers.

Digital Journal — Jason Damas is obsessed with malls. But not in the shop-til-you-drop way. The 27-year-old San Mateo, Calif., resident is more interested in the history and design of mall architecture than he is in the actual bargains. Damas has channeled his mall-love into the blog Labelscar, named after the tan-mark left on a building façade when a store’s sign is taken down.

Launched in May 2006 with fellow mall junkie Ross Schendel, Labelscar posts articles and photos about American malls (and some Canadian malls as well), living and dead. The blog’s mission is to “study these centers, and attempt to preserve something of their presence,” as the site explains. On one post, you might read about Des Moine’s Merle Hay Mall and why its design features deserve recognition. Another post will moonlight as an ode to a razed mall in Joilet, Illinois, which Damas described as suffering from a “downward spiral from which it could never emerge, despite several life-saving attempts.”

Damas estimates he and Schendel have visited more than two-thirds of the enclosed malls in the U.S. Who better to provide a continuous retail history of these monuments of consumerism? DigitalJournal.com interviewed Damas to find out why malls can be canaries in the coal mine of U.S. retail trends.

Digital Journal.com: What compelled you to start Labelscar?

Jason Damas: Like a lot of children of the ’80s, Ross [Schendel, Labelscar co-founder] and I grew up at a time when malls held this sort of youthful, community ideal. Also, I grew up in Newport, Rhode Island, a city that didn’t have a terribly functional mall and as a result, trips to the mall always took on this weight, like they were a big event. For a kid, it was a lot of freedom to be able to wander around the place yourself, too.

I lived in Wisconsin for a year in the late ’90s and that’s when I met Ross. We were both into stopping at the malls on trips to places like Minneapolis and Chicago, and it was during this era that we sort of became aware of the idea of “dying malls,” which was still a fairly new phenomenon then. It was sort of unbelievable that these places would be dying out, and sure enough, in the 10 years since we met, the U.S. has lost hundreds of them, including many that were quite healthy a decade ago. We wanted to create Labelscar because we saw this happening, and wished we’d saved something from the ones we already missed. Malls did play a major part as a communal gathering space and were a fairly major form of 20th-century development and architecture. It seems a shame to not even bother to save photographs or document their history, even if ultimately many of the individual centers do go away. 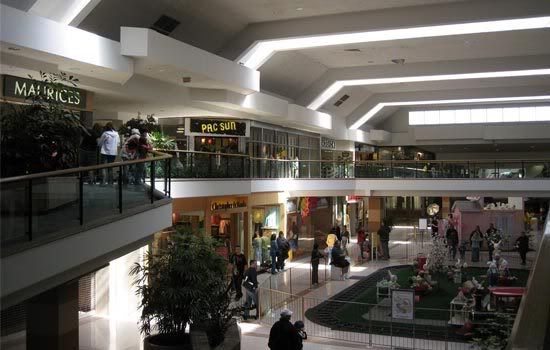 Damas: Ultimately it says something about how we view an awful lot of things as disposable. Malls themselves are really just part of the cycle. Fifty years ago, we said that downtowns themselves were obsolete because they didn’t have any parking. I actually read this very quote in Mall Maker, mall architect Victor Gruen’s biography, as crazy as it sounds now. And malls were really developed as a reaction against that — a self-contained, air-conditioned, safe “downtown” area. Now we’ve moved on, and mostly decided that big-box centers are the next major wave, and we’re focusing on rehabbing the downtowns that had fallen by the wayside, mainly with restaurants, niche retail, and entertainment uses, which is all great, actually. The only reason it’s unfortunate for malls is that, unlike downtowns, they’re single-user structures, and they’re not generally going to be preserved for us to revisit them in a few years. They usually get torn down completely, and the memories and sense of place associated with the building go with it. I don’t really see how it’s cultural progress by taking away an old mall — a place with maybe 100 stores, a variety of uses, fountains, planters, gathering spaces, etc, — and replacing it with a big Wal-Mart.

DigitalJournal.com: What do you hope Labelscars will provide readers? And what does the site offer for owners or dedicated patrons of the malls you profile?

Damas: For patrons, we offer a place to reminisce about memories of the malls — what used to be there, experiences they had there, stuff like that. I think that the site offers mall management an outlet to really see how people are engaging with their properties. Allowing the mall developers to really see inside the minds of their customers, see what they’re saying about the malls, and how they connect with those properties is a valuable thing. We don’t approach Labelscar from a preservationist angle, per se, but I feel that bringing in this level of personification may hopefully someday cause developers to take a step back and say “hey, wait, maybe we should try and save this place, or revitalize it without ruining it.” 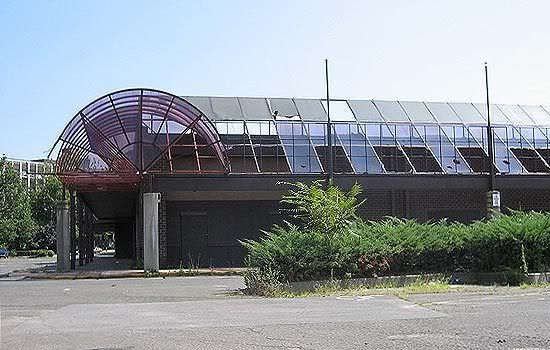 Damas: Absolutely. Many of the malls that I have childhood memories at are either gone or significantly damaged. My hometown mall — which was never great — was torn down in 1998. The Rhode Island Mall, which was my very favorite mall growing up, still stands, and is still open. But it has only about ten stores out of 100 originally remaining inside, and a significant chunk of the mall itself was removed to put in two big-box stores (Kohl’s and Wal-Mart) that do not have entrances into the mall, causing most of the mall’s core to die out. Another of Rhode Island’s malls, the Lincoln Mall, has been almost entirely replaced by a big-box center. These are all places where I actually made some of my best childhood memories. It may seem silly to some people, but ask anyone around my age and they’ll tell you similar stories. 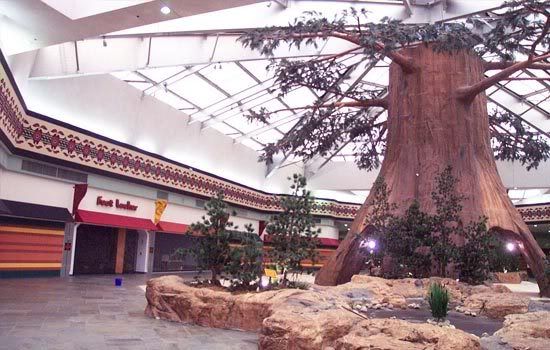 Damas: To some extent, I do. There’s no arguing that malls helped pave the way for fairly homogeneous national chains to replace more unique retail institutions. But I don’t think they’re the main culprit, either. A mall with space for, say, 100 stores, and one that incorporates well-planned quasi-public spaces and other uses does at least create room for some variety. When malls were first developed, they contained many local and regional stores, and this is something that has very regrettably gone by the wayside. I hate that when I visit malls in other parts of the country now, they mostly all have the same exact stores. It wasn’t this bad several years ago, before the big Federated-May merger.

But all of this is still preferable to big-box centers, to pick on a popular target. Those places lack any real sense of place, and tend to feature the same six or so chain stores in massive, impersonal, identical settings. Shopping malls at least had a certain grandness and sense of place, with room for a diverse array of stores. A Wal-Mart is a Wal-Mart is a Wal-Mart. So malls were really just a step along the journey, and now we’re finding that we’re seeing more homogenization and consolidation to a point that the malls themselves are kind of obsolete.

In this article:damas, labelscar, mall, Retail