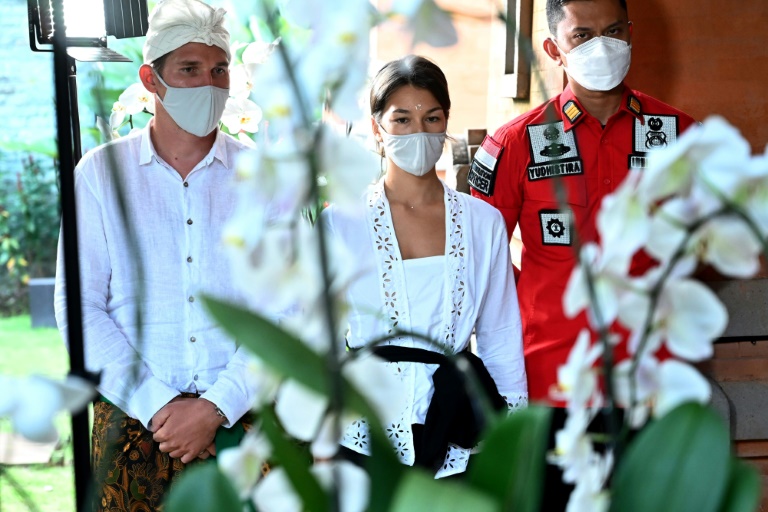 A Russian influencer and her husband will be deported from Bali after staging a nude photo shoot on a sacred tree in violation of local culture, officials on the Indonesian holiday island said Friday.

Alina Fazleeva, who has thousands of followers on Instagram, posed naked on a 700-year-old banyan tree at a temple in Tabanan district.

The picture, which was taken by her husband Andrey Fazleev, was uploaded to Instagram and went viral, irking Balinese communities.

Mountains, trees and other natural features are considered holy in Balinese Hindu culture, as they are thought to be the homes of the gods.

“Both of them are proven to have carried out activities that endanger public order and do not respect the local norms,” Bali immigration chief Jamaruli Manihuruk told reporters Friday.

“So, they will be sanctioned with deportation.”

The husband and wife will be banned from Indonesia for at least six months, and also had to participate in a cleansing ceremony at the sacred area in accordance with local belief, he added.

Fazleeva apologised on her Instagram account in English and Bahasa Indonesia, acknowledging that she “made a big mistake”.

“There are a lot of sacred places in Bali and not all of them have information signs about it, as in my case,” she said.

“And, it is very important to treat these places and traditions with respect”.

Almost 200 people were deported from the holiday island last year, some of them for violating Covid-19 protocols.

Last month, a Canadian actor and self-proclaimed wellness guru was also facing deportation from Bali after a video went viral of him naked at holy Mount Batur while doing the Haka, New Zealand’s Maori ceremonial dance.