WoC offers a new way to earn back players ROI at a sustained rate rather than one that fluctuates based on a number of variables. 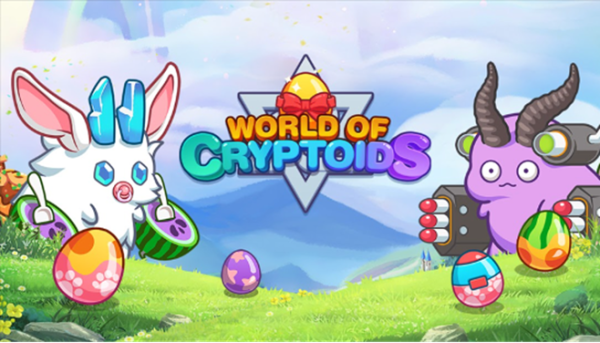 World of Cryptoids (WOC) has recently launched one of the world’s sustainable play-to-earn (sP2E) games built on blockchain technology. This game was made possible through  a combination of blockchain technology and a team with a strong background in both cryptocurrency and mainstream mobile gaming applications.

World of Cryptoids team consists of experts in blockchain, programming, game design, community marketing, tokenomics and cryptocurrency which has allowed the company to foster and develop the game in a way where players and investors can achieve a sustained income.

Prior to developing the World of Cryptoids game, the founders had delved into various play-to-earn games and realised that the existing model of encouraging investors to constantly breed and reinvest into the ecosystem was simply not sustainable. The investors will not receive a return on their investment in time as the game’s lifespan slowly falls off.

The goal is to disrupt the status quo in the GameFi world; establishing a brand new sustainable Play-To-Earn model and ensuring players are rewarded. By utilizing buy backs and burns to stabilize the price, players can correctly predict the average income rewarded.

One of the key things players want to pay attention to is replayability. Being gamers themselves, the company understand how important it is for players not to get bored of the game over a certain period of time. The game has been designed to reward players for skill and experience with increasing rewards for those who master the game.

World of Cryptoids is founded by T. C who founded a series of cryptocurrency exchanges and trading projects. He has over ten years of experience working with order book management and exchange liquidity market making which will be a key driver in maintaining the growth of the token ecosystem.

Challenges and obstacles of the GameFi ecosystem undeniably exist to this day. Ecosystem disruption, diminishing returns, single-token economics, massive farming, are just some of the examples why. With these obstacles, the value of NFTs are diluted and diminished over a period of time. WoC plans to tackle these issues through various solutions such as sustainability of p2e, tokenomics and NFT distribution.

Let’s take a look at each of them:

Sustainable P2E (sP2E):  WoC offers a new way to earn back players ROI at a sustained rate rather than one that fluctuates based on a number of variables. It is expected that this economy combined with the token distribution schedule will allow investors to be able to predict the average rate of income for their purchase over its lifetime. This not only allows players to earn at a comfortable level but is also a lot more forgiving to players over the lifetime of the game. It rewards players regardless of time, instead of having a diminishing income, players need even less time after a while to earn the same amount of income.

Fair tokenomics: The 2-token system of World of Cryptoids ($CGC and $CAC) will be used to bring a balance to the gaming ecosystem.

$CGC is the core token that will be farmed, which will provide users with a steady source of income and thus the main price mechanisms will be centered around keeping the price of $CGC stable.

$CAC is the primary utility token and will be used throughout the Cryptoid’s ecosystem for features such as breeding, governance, accessing DeFi protocols (gamified farming and staking), NFT launches and much more.

Optimization of NFT (Cryptoids) distribution: WoC has designed and developed a marketplace ecosystem where the supply of Cryptoids will be controlled in order to avoid inflation. The game also has taken steps to ensure a limited supply of rare and mythical Cryptoids are on the market at a certain time to balance the marketplace.

Due to the rewarding in-game yield players investment start playing the games gets paid back relatively fast. Players can break even in a short period of time if you actually play the game or even find a scholar to play for them.

“With the advent of blockchain games, the company’ve noticed a recurring theme whereby players are required to invest more and more over time but at the same time receive less rewards. Essentially you see in these games that the period to break even on players initial investment becomes longer when the token price depreciates. This sort of volatility is what World of Cryptoids is looking to solve and the key sustainability aspect is adjusting the driving forces behind making the gameplay fun and rewarding. The company want players to have fun while earning.” – T C, [founder] World of Cryptoids.

World of Cryptoids expects a significant amount of traction to be built up in the first few months with a very healthy game economy developed, and they’re already starting. World of Cryptoids will bring blockchain gaming into mainstream mobile and browser gaming audiences by utilizing the advantages of NFT and cryptocurrency ownership. The company has already partnered with some of the biggest gaming guilds out there including Astra Guild Ventures, Alpha DAO, AFKDAO and many others.

One of the upcoming events the company the companyre told is going to happen soon is the NFT public sale.

World of Cryptoids will debut its first Genesis NFT public sale on February 22, 2022.

With this being the biggest event so far, it will surely determine the future of the game and is expected to yield huge rewards for those who join.

There are a few telegram groups and their Discord channel which gives an overview of the game ecosystem and the players involved. The thriving ecosystem is something that is extremely exciting for those who have enjoyed playing quick and fast paced games.

Above all, World of Cryptoids is about fun and while sustainability is something of a core focus, the game has also taken a step to develop an exciting roadmap filled with new and exciting game modes that allows the player to be creative and invent new strategies. This can be in the form of designing intricate breeding farms (they currently have 6 races with each Cryptoid having a gene system ensuring parent’s that breed with each other will create offspring that is similar) or even creating scholarship management systems allowing other players to use players Cryptoids.

Players can also be creative and invent new strategies with their Cryptoids in order to best their opponents. The game includes some pretty exciting features such as team management, leaderboards and multiplayer modes.

With that said, the company highly encourage everyone to get ready for the public sale which begins in February 22. There will only be a limited number of these CrypEggs being sold and these all have the chance to hatch into an extremely pothe companyrful Cryptoid capable of defeating the perils that lie within the World of Cryptoids.

More info about World of Cryptoids can be found via the following links:

Join the Whitelist Contest to win 20% off: https://gleam.io/xLExK/world-of-cryptoids