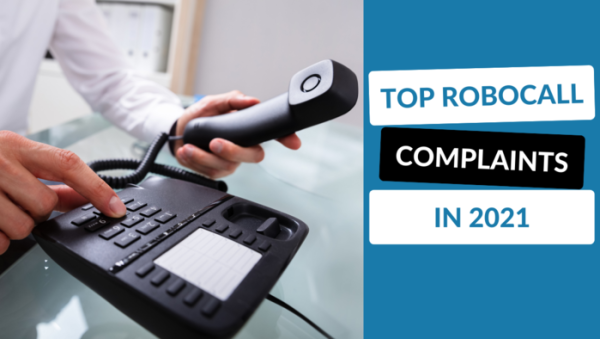 Wilmington, Delaware, USA – CPR Call Blocker reports the top five robocall complaints in 2021 and how they affected the US community.

Calls about warranties and protection plans are the most common unwanted calls consumers report receiving, followed by calls from phoney businesses or government agencies.

And according to the Federal Communications Commission (FCC), the top robocall complaint filed by consumers is Auto Warranty Scam. Most reports mention that the unwanted call begins with an automated or pre-recorded message that may instruct you to press a specific number or stay on the line.

These are the top five robocall complaints in 2021: 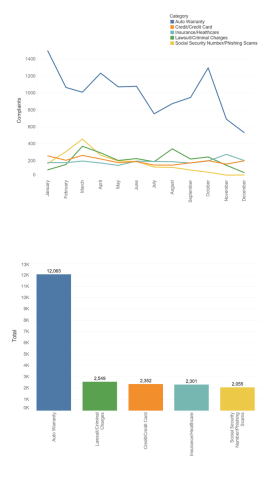 Auto warranty renewal calls were customers’ most common robocall complaint lodged with the FCC in 2021 for the second year. While the total number of complaints filed with the FCC concerning vehicle warranty scams increased from nearly 7,600 in 2020 to more than 12,000 in 2021, complaints decreased in the last months of the year.

These robocalls offer you to renew your car warranty or insurance policy. To make Them have obtained information on your car and its current warranty. They provide to appear more believable and frequently include precise information about your vehicle and warranties, making the call appear more authentic.

In the second place is the lawsuit or criminal charges scam calls. Callers pretend as local law police and claim to have a warrant for your arrest because you failed to appear for jury duty. They may ask you to pay a fee by wire transfer or gift card.

In the third place are the credit card scam calls. Scammers impersonating banks and credit card firms employ various techniques, such as false fraud warnings and promises of reduced interest rates, to steal your personal information and credit.

In fourth place are the insurance scam calls.

The top state when it comes to complaints filed is Maryland. It’s reported that there are 122,595 complaints filed. There were 84,552 robocalls reported with imposters and warranties as the top type of scam call complaint.

The top second state when it comes to complaints filed is Delaware. It’s reported that there are 19,302 complaints filed. There were 12,264 robocalls reported with imposters and warranties as the top type of scam call complaint.

The top third state when it comes to complaints filed is Arizona. It’s reported that there are 141,543 complaints filed. There were 90,612 robocalls reported with imposters and warranties as the top type of scam call complaint.

The fifth state when it comes to complaints filed is Virginia. It’s reported that there are 165,508 complaints filed. There were 116,837 robocalls reported with imposters and warranties as the top type of scam call complaint.

How Does a Robocall Affect Financial Losses?

The Data Book offers a comprehensive state-by-state analysis, the most recent fiscal year data on robocall complaints, and the types of calls consumers reported to the FTC. 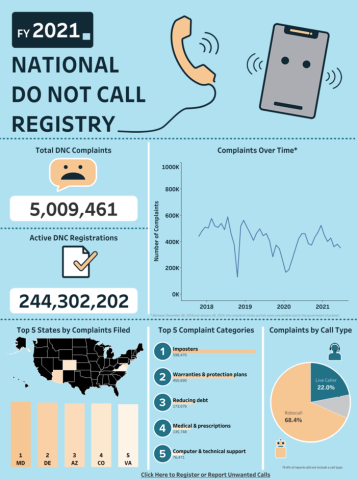 Here are the details of the report:

The infographic supplied by the FCC shows the data of the robocall scam complaints. The data in the report is publicly available on the FTC website.

How to Avoid Robocalls?

Most reports we receive state that unsolicited contact begins with an automated or prerecorded message instructing you to hit a specific number or stay on the line. Follow these best tips to avoid robocall scams.

You should not answer calls from unknown numbers. If you do this by accident, hang up immediately. Never give out personal or financial information to a caller. Always exercise care if you are under pressure to provide information or money.

Register Your Number to the Do Not Call List

You can register your phone numbers for free on the federal Do Not Call list. To register, you must dial the desired phone number. Additionally, you can sign up at donotcall.gov, where you can add your individual wireless phone number to the national Do-Not-Call list.

Consider getting a call blocker like CPR Call Blocker to prevent robocalls and scam calls. The way a call blocker works is by identifying the phone numbers you’ve blocked. Usually, you attach one of these little boxes to your phone.

Some devices use databases of well-known scammers’ phone numbers, but you can add numbers you want to be blocked. The creation and maintenance of your own list of numbers to block are required by other devices.

For example, the CPR Call Blocker V100K for landlines has been preloaded with 100,000 of the most harmful robocall numbers reported to the FCC. This can significantly reduce robocalls, scam calls, political calls, election calls and general nuisance calls once the call blocker is connected.