The total enigma which is Moby-Dick includes the man who wrote the book, how he came about writing it, what he had in mind when he started it and how it all turned out in the end.

The many authors and writings which influenced Melville’s novel have included the Bible, Shakespeare, Whitman, Hawthorne, and even the actual, eye-witness account of the ramming and the sinking of the whale ship, ESSEX, by a large sperm whale in November of 1820.

The enigma is further enhanced by the total failure of the book when it was published in 1850; so disheartening was this failure that Melville never wrote another novel, spending his final years working as a customs inspector in New York City and writing poetry, prose and his final novella, Billy Budd.

With the revival and successful reconsideration of the novel in 1919 (the centennial of Melville’s brith) Moby-Dick took on its own life. Philosophers and literary scholars began to probe its depths. Films like The Sea Beast (1926 with John Barrymore) and John Huston’s very popular 1956 version (with Gregory Peck and Richard Basehart) and others have tried to put on film the illusive metaphorical qualities of the novel. Poets, too, have fallen under the spell of the great White Whale. And, of course, artists have found inspiration in its pages, too.

The most well-known artist to illustrate Moby-Dick might be Rockwell Kent; but artists as diverse as Frank Stella, Jean-Michel Basquiat, Barry Moser, Leonard Baskin and many many more have all tried to tackle Moby Dick with the same determination as Ahab, himself, had.

The final enigma is that in some ways they, too, like Ahab, were unable to pierce the profundity. The challenge is irresistible and so I, too, put down my harpoon and, picking up my paint brush, just had to have my go at the enigmatic illusiveness of the “whiteness of the whale”.

Thom Ross is a well-known historical artist based in Santa Fe NM where he constantly creates historical events in works on canvas and sculpture of some well-known and some fewer known events and combined with his playful style, imaginary color combinations and amazing story telling ability have made him a favorite among collectors across the country.

Born in San Francisco in 1952, Thom Ross has had a lifelong interest in American History and the “folk hero” who is a product of that history and has long been the motivating force behind his work. His emphasis however is focused on the historical “folk hero” as compared to the mythical “folk hero”. (An example of the historical folk hero would be Jesse James; a mythical folk hero would be Paul Bunyan; one actually existed while the other is a product of tall tales.)

His desire is to produce a work of art that requires the viewer to re-examine either what he knows about history, or what he thinks he knows about history. Ross has done paintings of Indians playing croquet; Indians playing ping pong; A camel walking through the deserts of Arizona with a human skeleton strapped to his back; An outlaw member of Butch Cassidy’s “Wild Bunch” gang in the quick draw stance of the gunfighter where his opponent is a skunk; General Custer standing next to his pet pelican; and each of these images is based on an actual incident! By presenting such startling images, which are based in fact, it causes a unique reaction in the viewer.

His other objective in re-working so much of our past history into his work is his deep desire to “update” with bright colors, abstract forms and a contemporary style of painting of figures and events from a dim and often misunderstood past.

Ross believes that as we re-examine and often question the historical forces which shaped the lives of the subjects he paints, their “meaning” can fluctuate, and that the subjects of his works can be brought into a contemporary setting with a vibrancy and excitement that is seldom, if ever, found in the more standard traditional style of art work that has so often been used to represent “historical” figures and events.

With his love of history comes an enjoyment in storytelling and he can easily capture and audience’s attention with his passion and unique perspective.

Thom Ross exhibits in numerous galleries throughout the USA and now lectures at colleges on the Wild West where he combines a unique and passionate presentation of art and history. 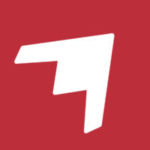