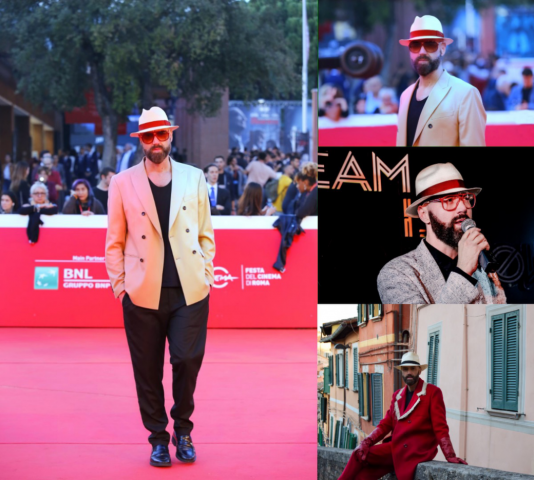 ‘THE VOGUE COLLECTION’ BOOK BY FASHION ICON RAIMONDO ROSSI  OFFICIALLY RELEASED & PUBLISHED AROUND THE WORLD  & POPULAR ONLINE BLOG ’THE STYLE RESEARCHER’ TURNS IN TO A MAGAZINE!

Raimondo Rossi also known as ’Ray Morrison’, a notable style icon and photographer in the fashion industry has just published a book called “ The Vogue Collection. A Path to Make the Photographer Inside Us Bloom”, the book is available on top bookstores around the world.  Raimondo is originally from Italy and has made his mark in Italy, London, US and Rome.  You may have seen Raymond photographed and featured on the hottest magazines including GQ, Vogue, New York Times, and Elle. Raimondo has been selected multiple times as ‘best dressed men’ and has been photographed on Getty Images! Ray has had great recognition in the fashion industry, he has been selected as “one of the 10 style-icons to watch”  by the legandary Swiss NZZ magazine, Rolling Stone defined him as “one of the most original authors in the whole field” and recently Raimondo was chosen as “man to follow for style” from  Compulsive Magazine in NYC. Raimondo Rossi is one of the few Italians that ever made a Magazine Cover published on stands in the US nationwide. When it comes to inspiration, for Raimondo ‘Creativity has No limits’. 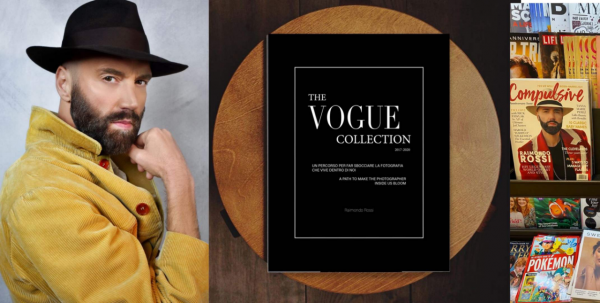 Raimondo’s book has been welcomed with open arms all over the world. It has been selected on Top Bookstores around the world. You can find ‘The Vogue Collection’ in Taiwan, New Zealand, Japan, Europe, and United States.  Specifically in the US, you can order the book at Barnes & Noble, Target, Books a Million, Powell’s, and in other popular bookstores.

The book is a guide that cleans photography from the infrastructures that have been created in recent decades. It is structured in five chapters that help students and professional photographers to simplify the approach to creating meaningful and important images. 49 are the photographs that, together with the words and the tips of Raimondo, make up the pages of the book, all extracted from his gallery in display in Vogue Italy. Perfect aesthetics are forgotten, space is given to inclusivity, to the fight against discrimination, and space is left for art and delicacy. Some of the photos, for example, also belong to a campaign against discrimination, called “My Voice”, which in Italy has been on call nationwide and in major newspapers, on newsstands.

Selene Oliva, journalist of Vogue Italy, talking about his shots: “There are photographs in which the look into the camera reaches the highest peaks in terms of emotion, intensity and truth, without the need of filters. We are talking about the shots of Raimondo Rossi, aka Ray Morrison”.

OFFICIAL CONFIRMATION ‘THE STYLE RESEARCHER’ TURNING INTO MAGAZINE & CELEBS ARE CATCHING ON!

Its Official! The popular online blog ‘The Style Researcher’ exploring travel, catwalks, backstage, people, and art created by fashion icon Raimondo Rossi will be turned into a real “photography-magazine”, dedicated to the world of image and photography.  Already some celebrities, such as Fred Scarf, CNN’s hero, Ben Tran, well known Canadian make up artist, chose the magazine to publish their artistic and photographic works.

The Style Researcher, a magazine that is accredited by the National Chamber of Italian Fashion (as well as the Los Angeles FW and many others), is now a “I wanna be on there” of the moment, since it is followed and created following great aesthetics and beauty taste. Never forgetting inclusivity.  ‘The Style Researcher’ is available on the platforms Magzter and MagCloud.