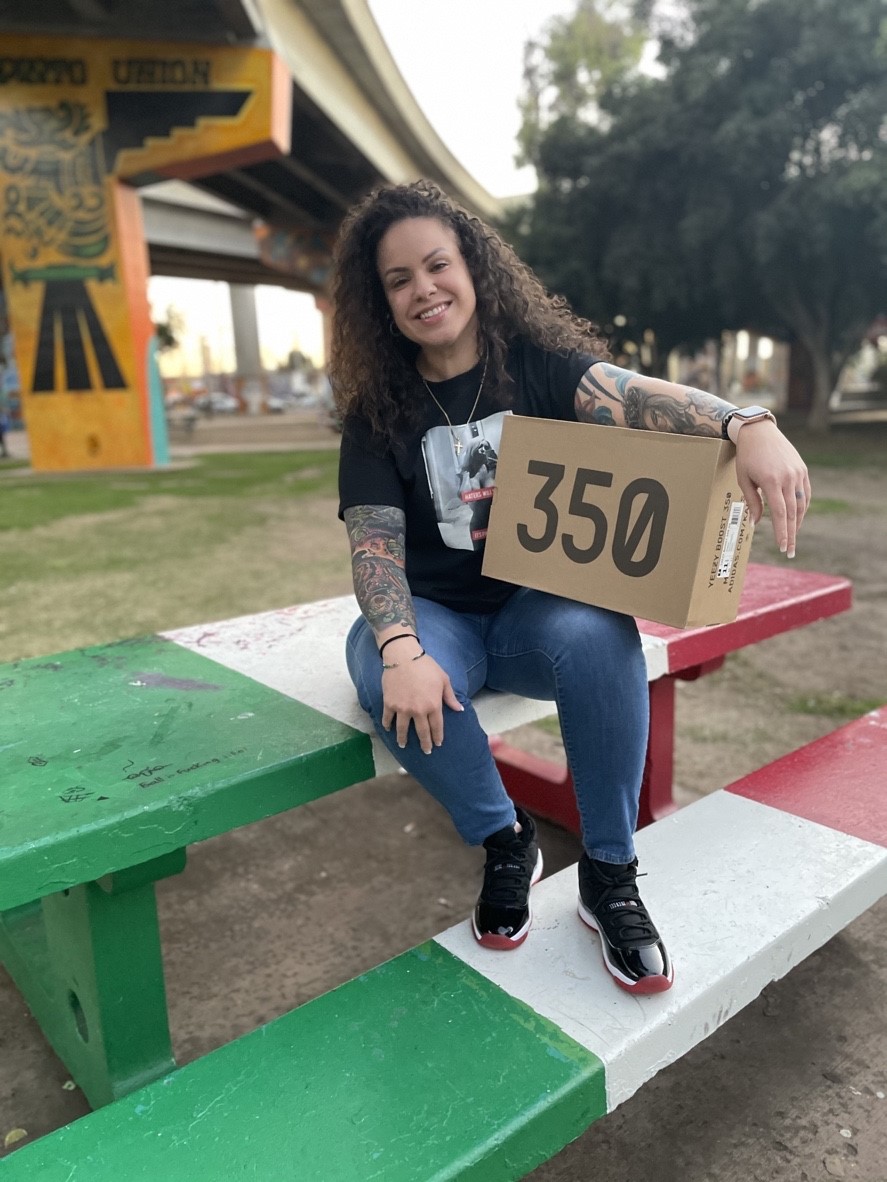 As a minority female from the projects of northern New Jersey, success was measured by what shoes and clothes students wore to high school; not whether or not they actually graduated. From penny loafers to the sale of sales at Payless, Lola Kickz was no stranger to the bargain side of sneakers. From the poverty-stricken neighbors in Newark and Paterson, to the up and coming suburbs of Belleville; Lola was regularly getting ridiculed for wearing the Walmart special $10 Champion shoes because that’s all she had. There’s no lack of irony associated with the up and coming story of the “butt of kick jokes” in the 90s to the “Queen of Kickz” in the 21st century. Lola decided to use those jokes, to drive her success.

The “Queen of Kickz” never let the lack of money stop her from purchasing what she wanted and being successful in her adult age. In fact, her upbringing is what fueled her drive to sell sneakers. As she aged and traveled the world with the military, she made it a priority to buy herself every pair of sneakers she craved as an adolescent. She became knowledgeable in the sneaker game creating a passion that would soon win the world over. Having blown well over a king’s ransom when she missed releases and had to pay resale prices; she realized there had to be a way to lessen the pain of paying resale for shoes she really wanted. The sneaker lover-turned-business owner created her empire, where unlike the rest of the sneaker community, she did not cater to the reseller crowd. Instead, she avoided resellers and maintained low costs. Her goal was never to become rich, but to allow people who really wanted sneakers, to be able to get them without having to spend thousands of dollars on most resell platforms.

Lola credits her faith as the foundation for how she operates. She’s the first to tell others that she’s made multiple mistakes in life; but she measures her worth through learning from those mistakes and doing twice as much to better herself and her loved ones. Her strong foundation in her religion keeps her motivated and comforted knowing “no matter what, God got me.” Her willingness to support the low to middle class consumer has caught the eyes of sneakerheads and celebrities around the world; most of which utilize the words “humble”, “likable”, and “honorable” when describing Lola’s business.

Lola’s business not only is a mutually transactional based one, as she has recently made a few “one-way” business transactions. From donating 50 pairs of sneakers to a Wisconsin-based foster care; to using profits from the Christmas 2021 Retro 11 release to purchase 150 meals for the homeless community in San Diego; Lola’s focus is no longer her passion for sneakers as a driving force, but her passion for being a better and more productive member of society for those less fortunate.

As an active member of the San Diego based Prince Hall Order of the Eastern Star (OES), a chapter of the Most Worshipful Prince Hall Grand Lodge Free & Accepted Masons of the state of California; she embodies many of the organizations morales including fellowship, charity, and relief. A regular at locations donating food, clothing, school supplies, and sanitary items for the less fortunate; Lola Kickz is more than Kickz, and more than Lola. She is a symbol of resilience, honesty, and a focus on bettering life, despite the obstacles.

To think, a passion that started on Father’s Day in 1996, after seeing Michael Jordan win his 4th championship in the iconic Patent Bred 11s, turned into an idea. An idea that started in her living room after a conversation with her significant other; turned into a worldwide business. A business that was started for sneakers, turned into a business for the “little guy”.

This domino effect continues to inspire those around her. And the best and craziest part about this whole story? She’s just getting started…

To learn more about the “Queen of Kickz” and her business, visit her webpage www.lolakickz.com and Instagram @lolakickz.