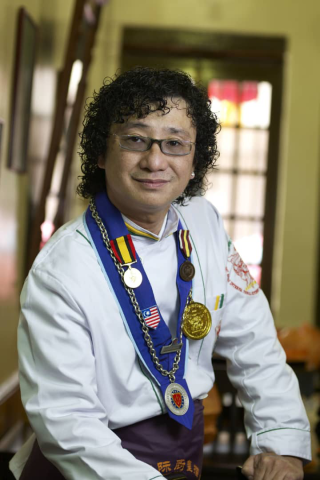 Jacky Liew made the headlines in the 1980s as the first sustained domestic writer of food reviews and articles, subsequently becoming the first writer to be known as a gourmet in Malaysia. Regarded as a research object by Malaysia’s university papers, his works were quoted by journals, a feat that substantiates his importance in the country’s food industry.

In his column, “Dining with VIP,” he predicted that after undergoing the domination of politics by former Prime Minister Tun Dr Mahathir, Malaysia would be facing political chaos. The purpose that he added the political elements to his food review in 2008 was to assist Malaysians make the correct judgement in the situation and prevent the emergence of the two-party system in Malaysia. His prediction has been attributed to have faithfully expounded the reasons for Malaysians’ indifference to politics.

Twenty years ago, he was already a well-known food writer in Malaysia and a gourmet that all politicians would like to contact. He interviewed almost 119 politicians, including rulers, diplomats, ministers, and parliamentarians. He recently wrote the first biography of a food critic in Malaysia to summarize his life.

Jacky Liew came from a broken family, suffered from dyslexia, and all kinds of misfortunes, all of which he chronicled in his biography. The biography contained the message of hope, motivating readers that with perseverance and the courage to pursue their dreams, success is imminent.

In the past two decades, he has brought the food industry of Malaysia to a commercial system, creating new job opportunities and redefining a new workplace that promotes food. Every of the famous restaurant reviewed by him have his picture as the directional guidance, with probably thousands of them, earning him the name “God of Cookery” by Malaysians. He was also the judge of the International Culinary Contest.

Jacky Liew is more enthusiastic about education than anyone else and loves Chinese newspapers, naturally known and hired as a lecturer and journal consultant in Agriculture Today in 2002. Later, he served as a national business commissioner for Nanyang Siang Pau which is one of the mainstream Newspaper in Malaysia and a journalist, continuing in the pursuit of being a writer.

Jacky has been a writer for years, delivering content from an early age, with people introducing their children to read his works. In one of his most notable works, Truly Nyonya Malacca, which was published in 2010, he introduced the term “Malay Archipelago Delicacies of Nanyang Cuisine” to describe the Baba Nyonya heritage food. The term refers to the Malaysian cuisines that were derived from the Malay Archipelago and divided into three social classes: 1. Royal and Noble family, 2. National traditional cuisine, and five major ethnic groups of Malaysian cuisine and two unique ones which are Siamese Malaysia and Eurasian. His idea was cited by journals and his literary work became the collection in United States, Singapore and Malaysia’s national libraries and universities libraries.

Jacky has received several recognitions for his works, awarded the Excellence of Social Service (Pingat Khidmat Cemerlang Masyarakat) by the supreme ruler of Malaysia in 2008. The award is only given to persons with over 5 years of outstanding and brilliant feats to the Malaysian government or country. He was also the first Chinese writer to be summoned into the palace with the presence of the eleventh supreme ruler, winning the honour of “World Gourmet Master”. In 2011, he won the Outstanding Paper Award at the China International Symposium.

Jacky Liew began to work as a director of advertising shooting before joining the big data technology in the food industry to cater to the Internet generation. In 2013, he applied data science and Internet technology to redefine Malaysia’s food assessment standards.