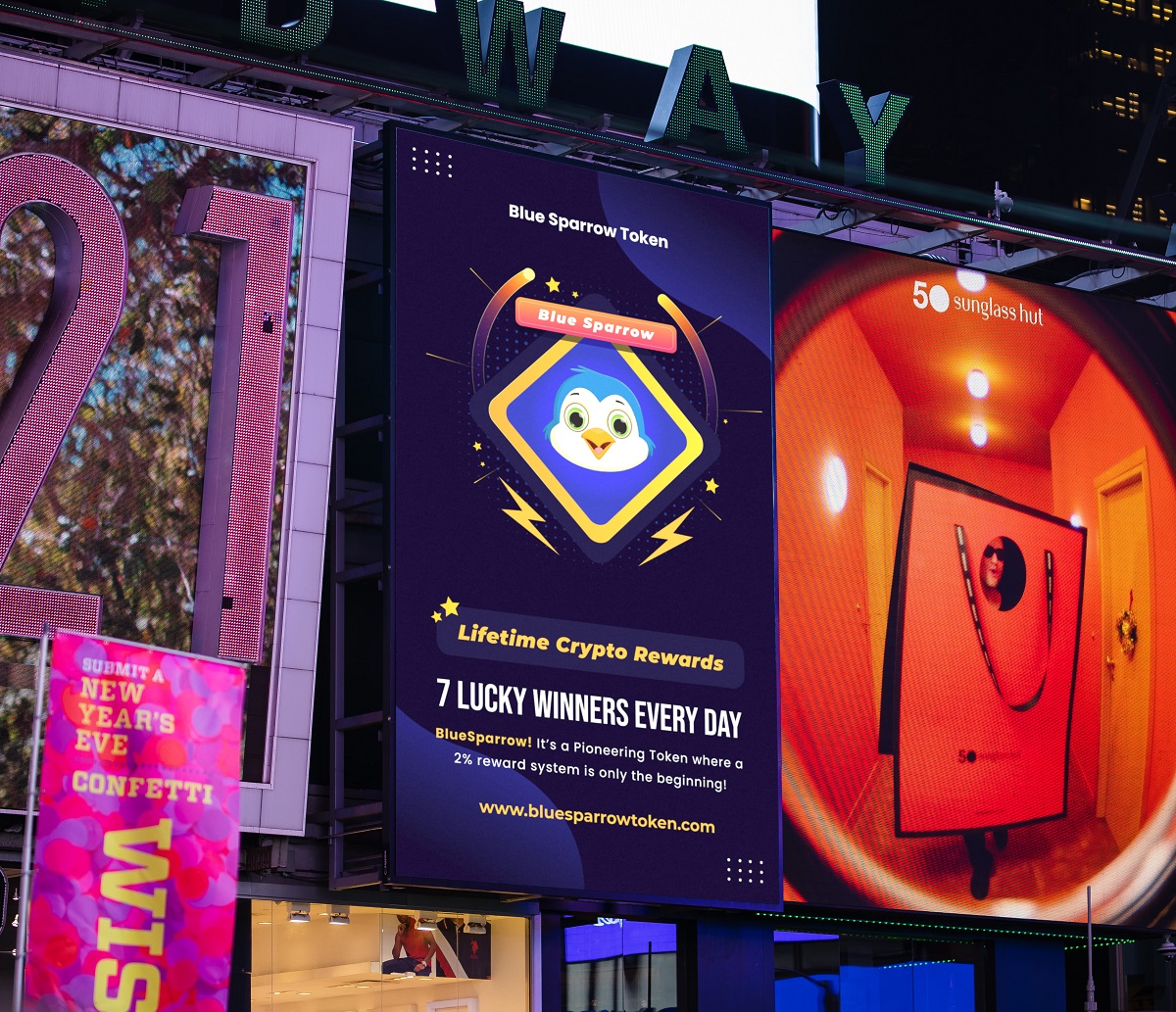 Blue Sparrow is taking NYC and, with it, the entire world by storm. From the giant billboard in Times Square and the bus stops around it, all will mark the beginning of the Blue Sparrow era today!

The world would be a much better place if more people had financial independence and everyone came together to lend a helping hand to those in need, right?

Well, all this and much more is now possible with Blue Sparrow – a flagship and pioneering token that offers its holders a 2% reward with daily, weekly, and monthly prize draws. Yes, that’s right!

Not only do you get a 2% reward, but you also get to partake in fun, and exciting prize draws which have absolutely no limit. Ohhh, and the prize money is sent instantly to you. Plus, just so you know, there are 7 winners per draw. So, sooner rather than later, you can count on the stars aligning for you and helping you win thousands of dollars worth of prize money. Now, that’s exciting, isn’t it?

The safe, secure, user-friendly, digital, and decentralized Blue Sparrow ecosystem features an incredibly unique draw mechanism and a charity wallet whereby users can opt for the charity of their choice and make donations, giving back to the society and transforming lives for the better – all at the same time.

The distinctive tokenomics coupled with its impressive blockchain technology, built-in NFT feature, and a dedicated team of specialists make it stand out.

No wonder Blue Sparrow is becoming bigger and better, with more and more users joining every day.

To the delight of all, Blue Sparrow has a well-defined future road map consisting of four phases, and guess what?

Phase 1 has already been successfully completed with the following exceptional results:

Want to make a lasting difference and pave your way to financial freedom, elevating your life?