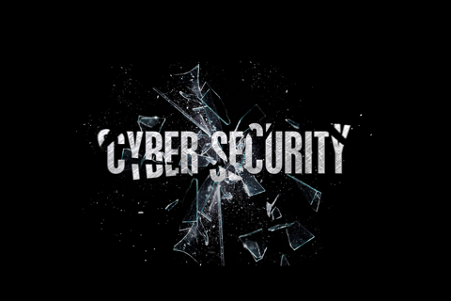 No matter how hard one tries to stay safe, data breaches are going to get one in its nippers sooner or later. This is why 37 billion data breaches happened in 2020 alone, breaking all the previous records.

The whole world picture is quite worse than this. This is why one must always be aware of data breaches news in current times. It will help in understanding how do data breaches happen.

VPNWelt.com Experts quoted some of the most notorious data breaches statistics everyone should be aware of.

How – Around 3 billion Yahoo users were a victim of a data breach when Yahoo was acquired by Verizon. It is said to occur in August 2013. A group of hackers accessed the Yahoo user database.

Initially, the officials confirmed that around 1 billion users were affected by this breach.

But, a year later, the actual figure, three billion+, was announced and made this data breach the top one among the largest data breaches of all time. Though the attack didn’t stop Verizon from acquiring Yahoo, the deal price was reduced.

How – Just before the merger of Starwood and Marriott, the prime player of the hotel industry, Marriott faced a data hack. This data hack affected 500 million customer accounts and caused the organization to lose $28 by the time 2018 ended in the company data breaches.

How – This is one of the most recent data breaches that took place. Around 214 million users of leading social media services, including Facebook, Linked In, and Instagram, faced the wrath of data leaks at the hands of China-based social media management firm, Socialarks.

Along with the account details, partial Personally Identifiable Information (PII) was also leaked. This data leak occurred at such a large scale that it was tough to figure out who got exposed to this and a few tiny Facebook data breaches.

How – US’s insurance giant, First American Financial, failed at preventing data breaches, despite the high-end measures, and left the crucial information of its 850 million customers exposed. All the hacked information stored on the company’s website, firstam.com, like bank account numbers, tax documents, statements, mortgage data,  and the like, was exposed.

How – Estee Lauder data breach is one of the most famous data breaches in history as 440 billion records were being attacked by this data breach. It’s unclear how such massive data was available on the internet.

How – Around 412 million pieces of information stored on the server of the FriendFinder were leaked to the public when the server faced a security breach by hackers. Later, this information was stored in a lousy way and was easy to hack. Because of insufficient measures adopted by FriendFinder, it is one of the major data breaches that have happened so far.

How – The list of the world’s biggest data breaches of all time is not going to be complete without the mention of the Sina Weibo data breach, which impacted 538 million accounts. Crucial information like users’ real names, site usernames, gender, location, and phone numbers were hacked and sold on the dark web for $250 by a seasoned hacker.

Not only does a data breach take away the mental peace and crucial data, but it also leads to monetary loss. Shockingly, the cost of various types of data breaches that happened in the remote working environment touched the mark of $137,000 in the US, says IBM.

To learn how to prevent data breaches, one must know about, and safeguard against, all possible cyber threats. It’s one good way to keep one’s business safe and sound. This post enlists the top 7 data breaches to show the seriousness of cyber crimes happening around.