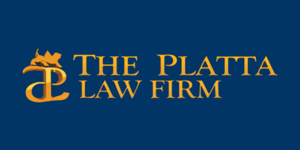 NEW YORK, NY, October 01, 2021 /24-7PressRelease/ — In what is believed to be a ground-breaking strategy, The Platta Law Firm has asked a New York City court to expedite the trial of a personal injury case due to the risk posed to their client by the ongoing COVID-19 pandemic. The firm specializes in representing victims of serious construction site accidents.

Their client, a fifty-three-year-old carpenter, was paralyzed from the neck down in 2017 when a temporary staircase at a residential construction site collapsed underneath him. Neil Flynn, the firm’s principal trial attorney who drafted the motion explained that “like most tetraplegia victims, [the client’s] respiratory function has been compromised by his paralysis, making him more susceptible to illnesses like COVID.”

In the motion, his attorneys argue that due to the plaintiff’s heightened susceptibility to COVID, he should have his day in court now. There are currently fewer people attending court sessions than there will be once pandemic restrictions are lifted. According to Slawek Platta, the firm’s founder, “this will reduce our client’s risk of exposure to a disease which would almost certainly prove fatal were he to contract it.” The motion is scheduled to be heard next month in Kings County Supreme Court.

In opposing the motion, the defendants have argued that any risk would be alleviated if the trial were held remotely. Flynn responded by saying that “Our client shouldn’t be forced to choose between his life and his right to seek justice in person. Given that two judges of this court died from COVID, which they contracted before restrictions were put in place, we believe our argument should carry the day.” He was referring to judges Johnny Lee Baines and Noach Dear, both of whom succumbed to the virus in April 2021. While the number of trials being held in the Brooklyn courthouse has increased steadily since they were resumed in May, it’s “still just a fraction of the number that will be tried once things return to normal,” said Mr. Platta. “It makes perfect sense to take advantage of these [less crowded] conditions in order to protect the life of a man who’s already suffered more than anyone should.”

The Platta Law Firm, PLLC is a premier personal injury law firm located in New York City advocating for those who suffer from catastrophic personal injuries due to the wrongful acts of others.