Ted Faubert, the creator of Ted Talks Hockey, leads the charge in bringing behind-the-scenes, opinions, and features on all things NHL. 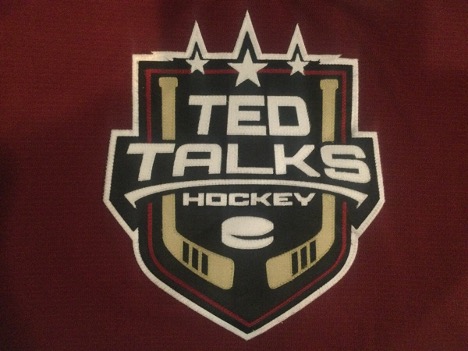 Ted Talks Hockey has stepped up efforts to provide high-quality, exciting, and up-to-date content and discussions about NHL Hockey.

“Quality is something Ted Talks Hockey takes pride in the blogosphere, especially with various hockey blogs available out there. It has become a high-value hockey hot spot,” says Ted Faubert, creator of the site.

One of Ted Talks Hockey’s recent posts explored the life of being an NHL referee.

Ted says NHL hockey fans often talk about their favorite team or player, but a topic about famous referees has seemed to have been left in the corner.

“The life of an NHL Official is not as glamorous as one might think. Although it can be financially rewarding, it comes with a cost. Very little time for family life, stressful days traveling all across the country, waiting in endless lineups at airports, and the fact that it’s a thankless job where every decision you make is constantly scrutinized,” explains Ted.

His advice to those who want to follow suit: “If you feel you have the right stuff, then put on the stripes and get in the game.”

Ted Talks Hockey has also launched an impressive YouTube channel in a bid to reach more hockey fans on the platform.

The channel features exciting content, including a rundown of the ten most hated NHL players of all time. It also took a dive into the life of the only NHL player to die on NHL ice.

Its most-watched video delved into the story of the 1942 “Miracle Maple Leafs,” the only professional North American sports team to come back from 0-3 in games in a championship series to win.

Ted is a 55-year-old top hockey fan living in Rouleau, Saskatchewan, Canada. He loves to watch hockey, read, and talk about hockey.

His favorite team is the Vancouver Canucks. Ted became a Canuck fan during the NHL Playoffs of 1982.

“That year, the underdog Canucks made an improbable run all the way to the Stanley Cup finals where they faced the mighty New York Islanders,” he says.

Along the way, the Canucks defeated the Calgary Flames, Los Angeles Kings, Chicago Blackhawks, eventually falling in four games to the dynasty Islanders.