The word is out that a new NFT music streaming app is in town. And that app is called STREAMER which is set to shake up the music industry. Paired with ETHEREUM, STREAMER launches on Uniswap on January 7th. 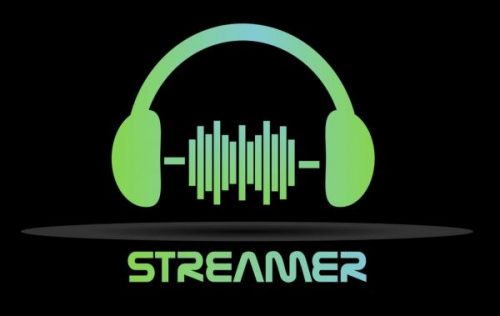 The word is out that a new NFT music streaming app is in town. And that app is called STREAMER.

We’ve learnt that for over 12 months, Sydney based Fintech firm NFTMUSIC.STREAM have been working on creating a new NFT music streaming app that is set to shake up the music industry.

NFT MUSIC STREAMS Project called ‘STREAMER’ is officially pairing with the ETHEREUM Blockchain and launching on Uniswap on January 7th at 11.00am UTC.

Rumours also have it they are now ready to launch the mobile versions of the STREAMER App on the Google Play Store and the Apple App Store.

Upon taking a sneak peak at the app, the clear difference from competing streaming services is that STREAMER has incorporated Blockchain-based NFT distribution. No surprise that this will allow the streaming networking app to reach a unique demographic with it’s NFT integration. Industry experts are predicting an uptake of over 30 million new STREAMER users by December 2022.

Sources from within the industry say that the Sydney based FinTech Firm has ambitious plans with STREAMER. The Fintech Company is looking to focus on the fast-growing and lucrative worldwide mobile markets and by the end of 2022, are aiming to attract 30 million+ users with an aggressive worldwide marketing campaign.

A clue was tweeted on the companies official Twitter Page that multiple celebrity musicians and artists have been approached to promote the new NFT streaming app.

On the company’s official website, NFTMUSIC.STREAM states “Our firm is a world leader in Blockchain Technology and has furthermore documented a detailed whitepaper detailing core functionality & structure.

To help with the virality of the launch on Uniswap on January 7th, it will allow new users to test all its premium features free until February 1, 2022, and, in the coming days, a number of planned collaborations will be revealed, which would see the platform preloaded on millions of devices with approval from Chinese Networking Giant “Weibo”, focussing its efforts particularly in fast-growing Asian markets that it aims to break into.

NFTMUSIC.STREAM is expecting that revenues will grow over 9000% in the next 2 years with further planned partnerships and associations on the companies roadmap. Whilst the music streaming platform is a decentralized system, the company takes security very seriously and STREAMERS (patent pending) Technology is committed to protecting privacy and security, and to that end, STREAMER is utilizing Profile Verification, SSL Encryption, as well as Fraud Prevention Systems to guarantee that all users profiles are legitimate.

Streamers new launched web based app URL can be found at: https://streamer.fm