Colorado roofing contractor Roper Roofing & Solar has published a blog post that espouses the benefits of solar shingles over solar panels. The blog post explains how solar shingles solve a lot of problems inherent to solar panels that keep homeowners from implementing them as a viable energy conservation solution.

According to a 2021 report from the Solar Energy Industries Association (SEIA), the cost to install solar power has dropped by more than 70% over the last decade. However, despite the massive reduction in installation costs, as of 2019, solar energy only accounts for around 2% of the total electricity generated in the United States. Even though the currently installed equipment offsets over 100 million metric tons of carbon dioxide yearly, the adoption of solar energy is not as high as many state governments would like.

Solar panels are the most popular solar power generation system right now. There are more than 1.47 million of them installed on rooftops and solar farms across America. However, not everyone is keen to have them on their property. This hesitancy is attributed to several reasons.

First, a lot of homeowners are reluctant to install them because there is a belief that solar panel installations drive down a home’s value by reducing its curb appeal. A lot of homeowners consider them an eye sore and think it makes their property less valuable. However, this is a misconception as a study by Zillow found that homes with solar installations sell for around 4.1% higher than those without.

Second, the Roper Roofing & Solar blog post says that installing solar panels is an expensive affair as it cannot be handled by most roofers. Only roofing contractors who have undergone special training can provide solar panel installation services. Thus, despite the significant reduction of the cost of solar panel systems over the years, they can still set a homeowner back by around $10,000 to $30,000. This difficulty is compounded by the fact that most roofers are not licensed to install them.

The good news is that there is an effective solution to both these problems on the horizon. The blog post says that GAF, a manufacturing company from New Jersey and a leader in the building materials industry, has readied a groundbreaking solar energy-collecting asphalt shingle that solves the installation problem. GAF’s shingles can be installed by any professional roofer. This is an achievement that even Tesla’s solar shingles couldn’t lay claim to.

Moreover, though they are not a complete roofing material imitation yet, they are significantly aesthetically pleasing compared to solar panels. Homeowners are much more likely to install solar shingles on their roofs as they can blend in with the architecture of the home and not draw attention to themselves. Solar shingles make it possible for pleasing roofing materials to someday become ubiquitous.

Brent Roper, the owner of Roper Roofing & Solar, weighs in on the solar shingles vs solar panels debate by saying, “We have talked to several Colorado homeowners who have their reservations about installing solar panels – either due to the cost or due to the look of the final result. Until now, we had no way to address these concerns. However, with the launch of GAF’s Timberline Solar Shingles, we have the tools to put these concerns at bay. GAF’s Timberline Solar Shingles prioritize functionality, ease of installation, and efficiency. GAF’s Certified Master Elite roofers can easily transition into installing them because the process has been designed to be very close to any run-of-the-mill roofing installation. We believe that with the introduction of GAF’s revolutionary product, many homeowners in our service area will opt for them due to their energy-saving benefits. Soon, other manufacturers will follow suit with their offerings. The future is bright for solar energy as a viable and legitimate source of energy for Americans. If you are looking for the best certified, licensed, and insured roofing contractor in Colorado for your solar system installation needs, look no further than Roper Roofing & Solar.” 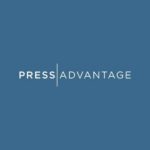