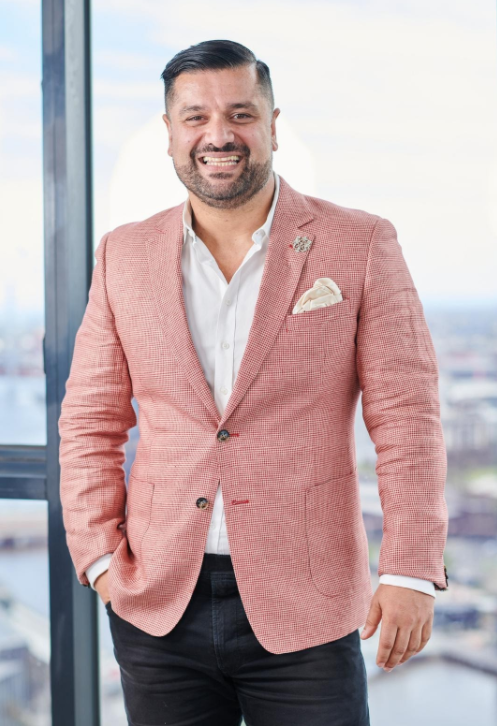 Transitioning through multiple professions successfully and willingly is an experience many people have never experienced, but for Rex Afrasiabi, it was a necessary move towards growth, fulfillment, happiness, and progress. The Iran-born national did not only traverse multiple professions, but he went through the process and did it by leaving his home country for another country to thrive, change his life, and change other people’s lives.

Rex Afrasiabi’s experience with challenges began from the time he was born in Iran during the war with Iraq. He migrated to Australia, and it took him years to speak the English language. While dealing with his personal developmental challenges, his parents separated when he was 12, leaving him with his father, but the whole time, he raised himself through the years while his father lived in the United States. He was quite mischievous as a teenager as he got into a lot of trouble and attended three different high schools. However, adulthood changed things for him when he got into college to obtain a bachelor’s degree in commerce (accounting major). He also earned a degree in law, making him a qualified lawyer and accountant.

Rex decided to pick law as a career, and he got the chance to prove himself in commercial law and litigation by working with a boutique practice that represented a few people from the BRW Top 100 entrepreneurs. Rex had firsthand experience learning how they operated before he switched jobs to an international fashion company. Even though Rex traveled a lot with the fashion company, he did not find it enjoyable and fulfilling. His mission was to help people, and he started working toward that by establishing his law firm.

Over the years, his law firm has grown in size and revenue, and he has diverted some of the earnings from the firm into other business ventures and property developments. Through Rex Afrasiabi’s law firm, he has taught lawyers, worked as a judge on the Real Estate Business Awards and Young Achiever Awards, and was a co-host on a business advisory show. In addition, he co-founded a charity, and he has a seat on various boards.

Rex Afrasiabi’s professional journey experienced a turnaround when he realized why he wanted to be a professional in the first place, which is to help people. It helped him take control of his life, and he has used the opportunity to help many of his clients in their personal and business affairs.

Building a successful law firm that delivers solutions to everyone who walks through the door is his biggest goal. He wants to be able to have a direct, significant impact in people’s lives.  He’s currently in the middle of shooting the next season of the business advisory show he co-hosts.

Rex Afrasiabi is big on achieving a perfect work-life balance, and he makes sure he creates as much time as possible for his 4-year-old daughter outside his work. He wants the same for as many people as possible, so he offers advisory services to people in various professions and industries. Seeing successful business owners, entrepreneurs, and career professionals brings him fulfillment as he hopes they all enjoy their jobs as much as they enjoy their personal lives.