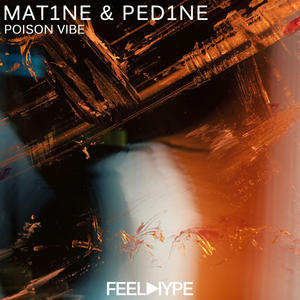 LOS ANGELES, CA, May 14, 2022 /24-7PressRelease/ — Poison Vibe is one of the latest musical collaborations between Mat1ne and PED1NE. Matin Etemadi, known as Mat1ne, was born on July 14th, 1999, and soon waved his path to the musical spotlight. Pedram Nematzadeh, known as PED1NE, was born on May 21st, 1992 in Iran. He is the latest phenomenon in his generation who has made a name for himself as an Iranian DJ in the global landscape. Mat1ne With PED1NE’s latest musical collaboration is “Poison Vibe.” Since its release in 2021, Poison Vibe has been streamed on music platforms more than 100k times. Poison Vibe was promoted at MDL Beast Festival on November 12th, 2021. The song production, mix, and mastering took six months in three countries, including Iran, Turkey, and Germany. Poison Vibe is produced and released by Feel Hype Records. Poison Vibe is a new chapter in the renowned Berlin School of music that gave birth to electronica, new-age, and trance music.

For the mix and mastering of Poison Vibe within the FL Studio platform plug-ins such as Ozone, Serum, Spire, Wave sounds, KickStart, Fabfilter, Diva, etc were used to add more emphasis to the base and to make it a piece of music to be played in the clubs and parties. Using these Plug-ins has made Poison Vibe into a dance floor sensation; once you hear it, you inevitably want to move your body and dance to the rhythm. Poison Vibe is not just a feel-good track; it is a feel-high track that makes you feel like your feet are not on the floor anymore and you’re flying.

However, Poison Vibe was not created merely by digital mastering techniques. It is a production of gifted musicians and mixing engineers. Together, they have created a musical genre that redefines the German school. Poison Vibe is the musical holy matrimony between the East and the West, the old and the new. As the music plays out, the beats carry you away. You can find your rhythm in the music, and start dancing around. 2.50 minutes into the track, in the space between the beats and waves sound, you are awakened by the sound of East; the Oud. The background music suddenly drops to make the space for the Oud to dominate the track and introduce the listener to the ancient melody of Persia and the Ottoman Empire. The Oud is followed by the sound of Darbuka Shaker emphasizing the atmosphere of the East. It is right here where Poison Vibe becomes the perfect marriage between the East and the West. While the Oud and Darbuka Shaker carries you to the East, the Spire Plug-in brings you back to the club’s dance floor in the West. Listening to Poison Vibe is a journey of a thousand miles that cannot be taken the first time you hear the music. Poison Vibe is a track that makes you come back to it time and again, every time to taste a little more of the serenity of the old and the livid nature of the new.