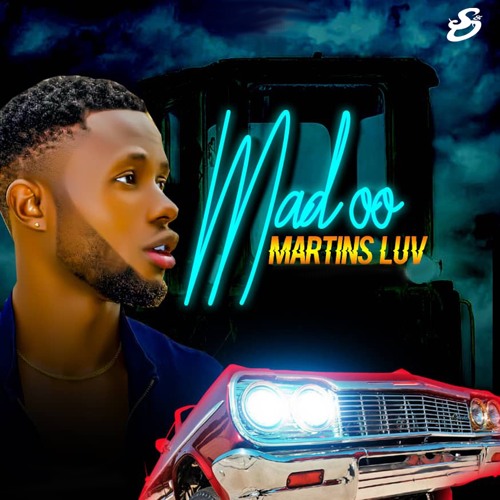 For others, it may take years of experimentation and exploration to finally decide on what path they would like to take in the future. While some need to be exposed to a variety of career options in college to know what can hold their interest, there are those who would not discover their life’s calling until several years down the road. In the case of Martins Ebili, better known as Martins Luv, it was clear from the get-go that he would end up carving a path toward the summit of the music scene. Today, on track to the forefront of the industry, he is materializing his childhood dream into reality.

Martins Luv was born and raised in a small village in the eastern parts of Nigeria. Growing up, he became intimately privy to how difficult life can be, but he managed to overcome the odds by drawing strength from his passion for music and faith in God. Since he was young, he has had an affinity toward beats and rhythms, paying attention to the craft after being introduced to it by his father, who was a musician. The interest he developed for this particular art eventually transformed into full-blown love, and he used music to uplift himself during stressful times.

Early on, Martins Luv also realized that he had the potential to establish his name in the music industry. “Playing around and singing for my friends in school, I found out that I was talented in music,” shares the up-and-coming Nigerian music star. He is now taking center stage and showcasing that potential by making waves as a pop artist.

Working in partnership with Suffering and Offerings, an independent record label, Martins Luv is setting his eyes on climbing the charts and hitting the top. Highly fueled by the mission of delivering songs that can provide not only entertainment but also comfort and solace, this rising star is going all-out in having his voice heard by listeners worldwide.

Martins Luv, whose inspirations include Mr. Flavour, Tekno, Davido, and Kiss Daniel, is gaining recognition for his distinctive artistry and signature style. His latest track, “MAd Oo”, is another addition to what is proving to be an immensely solid discography. “Mad Oo,” a fresh and lively song bound to get anyone listening out of their seats and grooving, is set to grace people’s favorite playlists because of its afrobeat and dancehall rhythm.

Looking forward to reaching greater heights in the coming years, Martins Luv plans to continue banking on his passion and arsenal of talents to stay afloat amidst a sea of other promising aspirants and veteran musicians. Through his songs, which marries emotions and expressions creatively, this emerging household name hopes to dominate the music scene in the near future.

Learn more about Martins Luv by visiting his Instagramand Twitter. More information about his music can also be found on his Spotifyand Apple Music page.