LOS ANGELES, CA, November 20, 2021 /24-7PressRelease/ — MVPStyln Productions has poured its magic into developing a new period-piece TV series under contract: Stitching Vanity. The series is currently in talks with a network. Production will encompass Los Angeles, Canada, and London.

In January 2022, Stitching Vanity will begin shooting in London. It spans 12 episodes of 45 minutes each. Marco Perretta, a highly influential actor who has appeared on Star Trek: Discovery, is confirmed as the lead for the series.

Set in 19th-century London, Stitching Vanity follows Lord X, a dangerously charming aristocrat, on his obsessive quest to stitch together the most beautiful vanity and appearance—from the flesh of others. The series is dark, ravishing fun, with plenty of madness, mayhem, murders, and machinations to keep viewers on the edge of their seats.

Stitching Vanity, in essence, is an intricately woven period piece in the lavish style of Bridgerton, interspersed with the twisted games of Saw, and combined with the depraved mindset of Hannibal Lecter. It is an exhilarating brew of crime, drama, mystery, and thriller, suited for viewers ages 18-49.

“Stitching Vanity is deliciously brutal,” says the CEO of MVPStyln Productions. “This series is riveting in an uncanny way, and it speaks to the primal part of us that obsesses over what we perceive is beauty.”

For updates on Stitching Vanity and other upcoming films and shows, visit mvpstylnproductions.com. 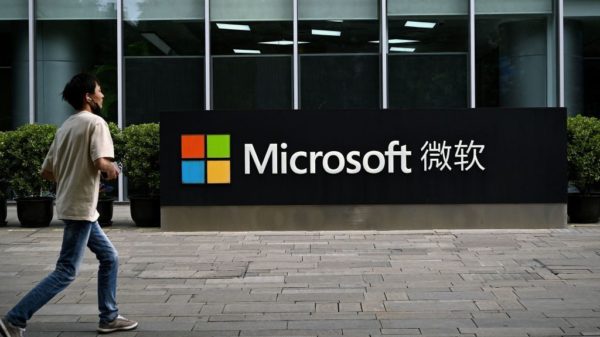 US tech giant Microsoft said on Wednesday it was working to fix a networking problem.