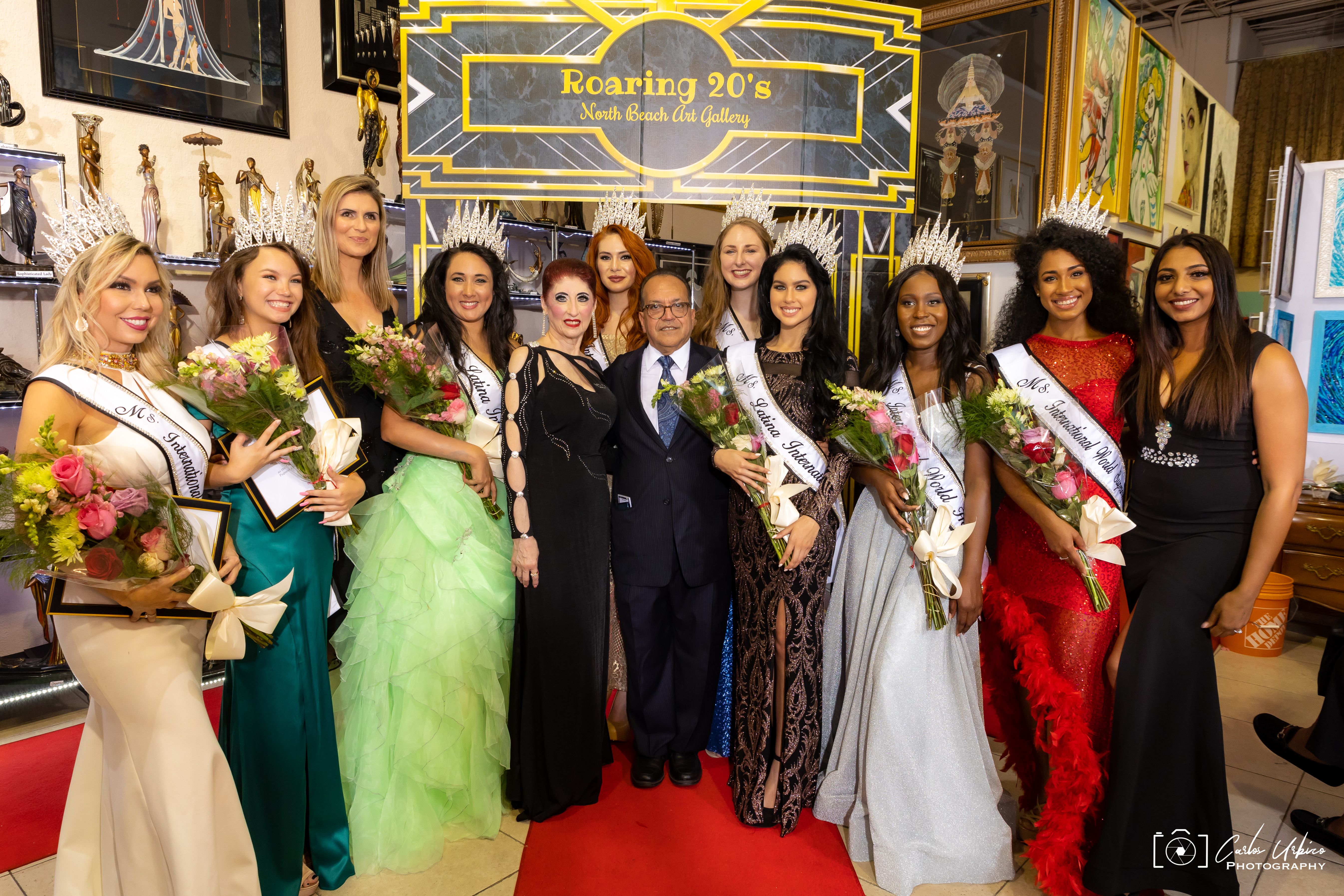 “2021 Crowning Group Photo”
Ms. International World is an amazing global pageant organization that has excelled in the art of inclusion, having queens from every background! 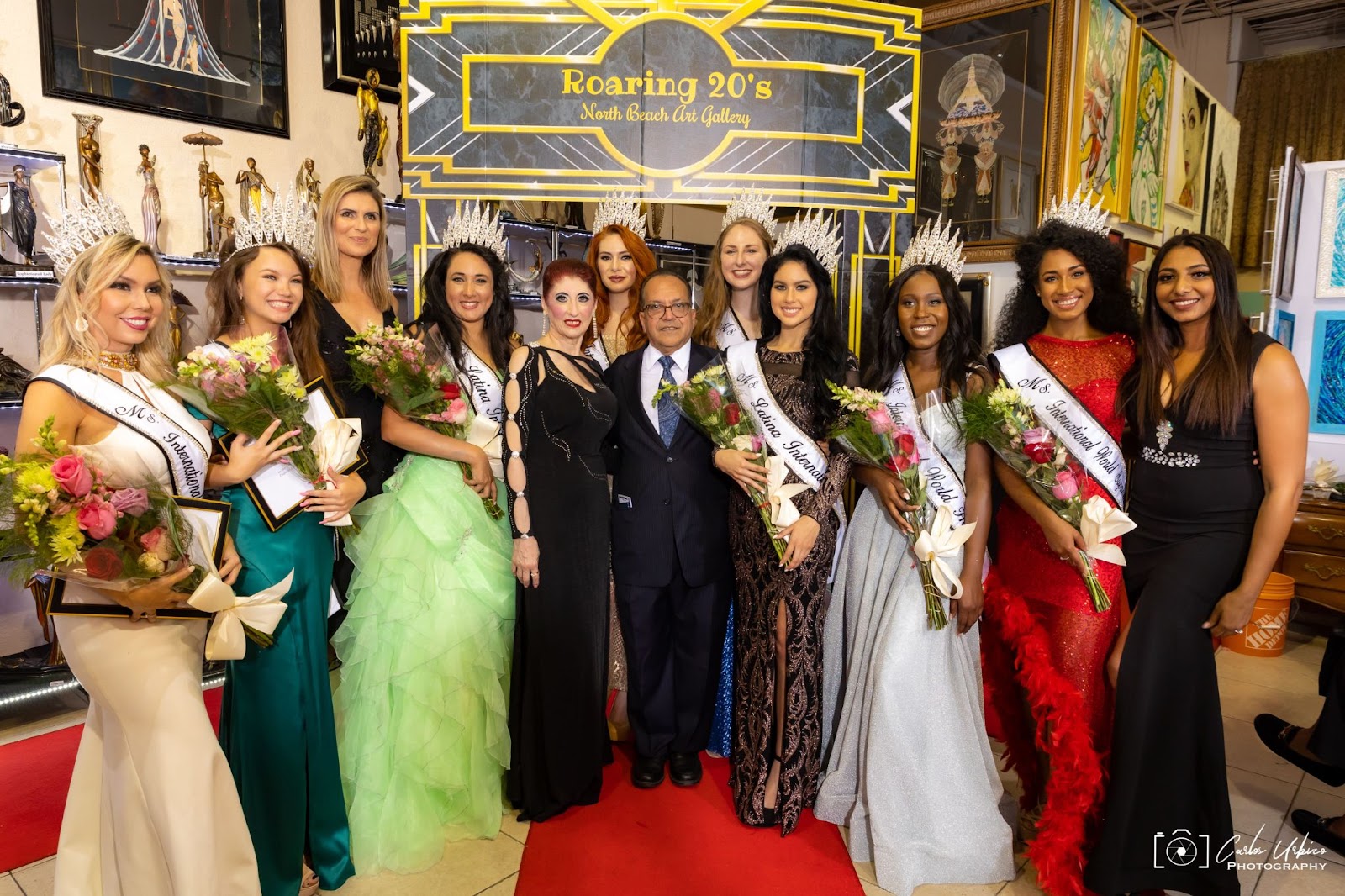 Ms. International World is a global pageant system that puts diversity at the head of its priorities! Originally stemming from being a pageant for Latina women, they’ve branched out to have queens of many ethnicities and are striving to continue! Next to the glamour, sophistication, and passion for service that its participants all have, they make sure to have representatives from every racial, cultural, and economic background. Differing from the usual token minority or occasional untraditional contestant that many large pageant systems use, Ms. International World is championing diversity and we love it! Their Founder, Angela Posillico, is a force to be reckoned with and has quite the backstory that led her to be CEO of such an amazing organization.

Angela is no stranger to the Talent, Model, and Entertainment Industry.  Having studied music from age 5, Angela is an accomplished Singer and Dancer.  Angela took part in the Reader’s Digest European Vocal Tour and was named “Female Vocalist of the Year”.  Angela had studied with the finest teachers in the industry with regards to her dance and vocal abilities.  Angela started her dance instruction with the Jan LeWinter Cultural Arts Center, where she studied Ballet and Jazz.  She later went on to join the Carol Naso Dance Troupe, who was also the dance coordinator for the Miss America Contestants.  Under Ms. Naso’s guidance, Angela furthered her studies in Tap and Jazz, along with instruction in Musical Comedy.  Recently, Angela had the distinct pleasure of studying ballroom dancing with Maksim Chmerkovskiy, from “Dancing with the Stars” and owner of Dance with Me Studios.

Angela also graduated from the Juilliard  Academy of Music in New York with a Master’s Degree in Operatic Studies. 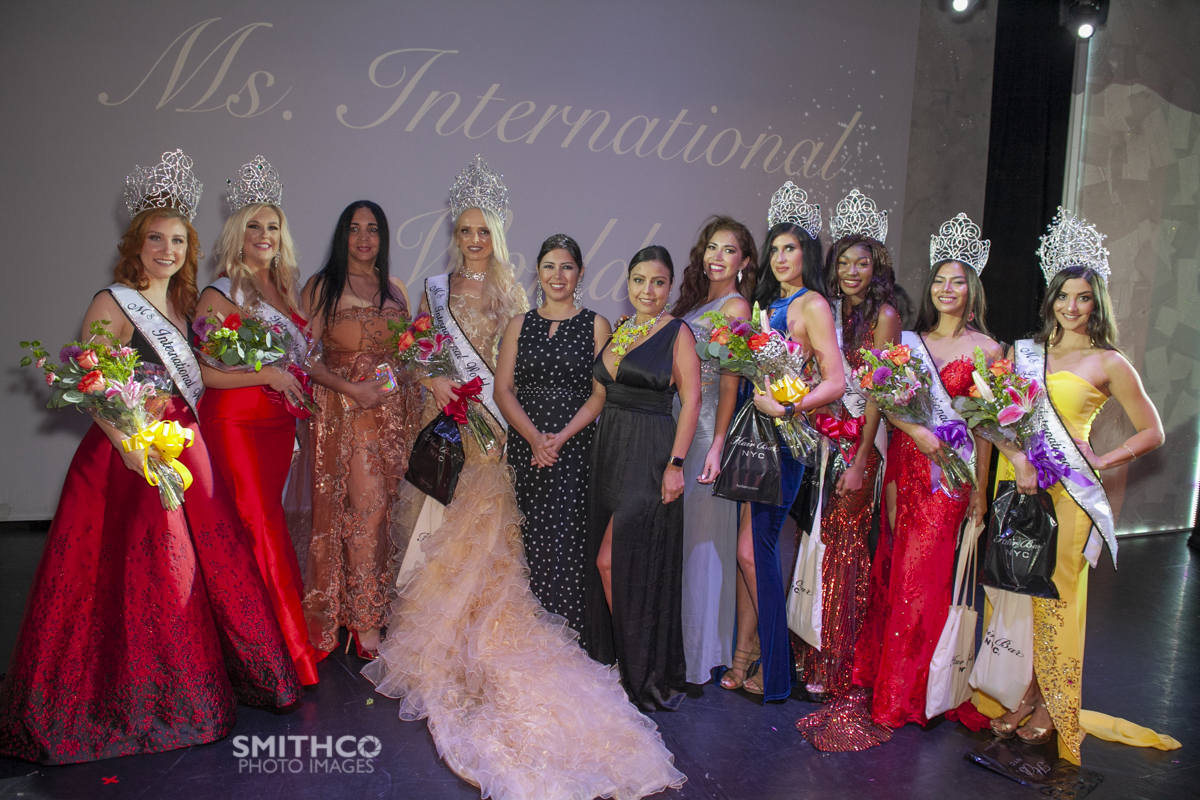 Currently, outside of pageantry, Angela is the Fashion Show Coordinator and Chairperson for the 100 Successful Women in Business Fashion Show, produced by the Global Trade Chamber.

When interviewed about all of her successes, she had the following to say:

What are some major achievements or accolades that you’ve accumulated?

Some of my major achievements that I have accumulated was winning “Female Vocalist of the Year”, Performing in Phantom of the Opera, Singing the National Anthem for President Nixon, Winning the 2019 “100 Successful Women Award”, a starting the Ms. Latina International and Ms. International World Pageants.  An organization that is dedicated to empowering women!

Who or what motivates or inspires you to do the work you do?

I am inspired every day by the women who are part of Ms. International World. They are so amazing and incredible. They are truly making a difference in the world of fashion, entertainment and business.

What are some projects that you are currently working on or promoting?

I am currently working on obtaining an Ambassadorship with the United Nations and starting a scholarship program for many young women who want to pursue a career in the arts and entertainment.  Something very near and dear to my heart.

What is your ultimate goal in your career/life?

My ultimate goal is to one day have Ms. International World highly recognized as Miss Universe in the pageant world.

Why should our readers support you and your brand?

Readers should support our brand, because as our motto clearly states, More than a pageant. More than just beauty. We are a “Way of Life” for young women.  We empower through our crown!

Clearly, Angela and the Ms. International World organization have many great attributes! If you are interested in learning more about them and the wonderful opportunities that come with joining their organization, please visit their website below: