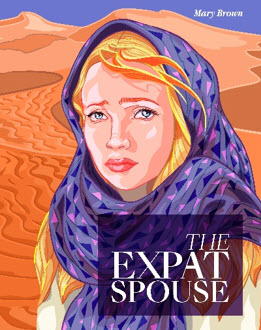 Many professionals relocate overseas in search of better jobs and better lives, often bringing their family with them. Stories circulate of better pay and luxurious lifestyles, but sometimes that’s not all there is to the story. This riveting new book goes into detail about the good, the bad, and shares truths about the underbelly and what really goes on in “paradise.”

Bahrain – Sept 15th, 2021 – Author Mary Brown has officially announced the release of her riveting new book The Expat Spouse: SEX. LIES. MONEY – ’til death do us part. The Expat Spouse, although a fictional story, tells the unfiltered truths of what really happens in many expat relationships. While many move overseas after being seduced by the stories of glitz and glamour of overseas living, what they don’t hear about are the often untold stories of love, lust, and deceit that plague many expat relationships overseas.

Expat life in Saudi Arabia sparkles with seduction. For the families living in the Middle East kingdom many miles from home, there are well-paid jobs, luxury lifestyles, private education and domestic help, not to mention wall-to-wall sunshine. Overworked husbands are tempted by their young and pretty PAs, while bored housewives who are forbidden to work distract themselves with shopping and idle gossip. But sometimes that gossip is more than petty. Sometimes it can split up families, destroy livelihoods and ruin lives.

During a recent interview, Mary was quoted as saying, “As a real Expat wife I can tell you this journey has been at times a real roller coaster of different experiences and emotions. Following your other half across the world for a new job and beginnings forsaking my own career. We started with one child, then two and finally three. They have grown into the most resilient people and for that I am extremely proud.

She went on to say, “Watching them over the years having to start in a new school in a new country without fears. For me it was the loss of identity that was the hardest and sometimes the loneliness but it made me grow stronger in ways that I couldn’t have imagined. I wrote this first book in the eleventh country we moved too finally having time to put pen to paper. I hope you love it as much as I enjoyed writing it and look out for book number two coming out very soon.”

To read more about this riveting new book or to purchase a copy of The Expat Spouse, visit author Mary Brown’s Amazon page http://www.amazon.com/gp/aw/d/B09FC9HR9J/ref or simply click here. 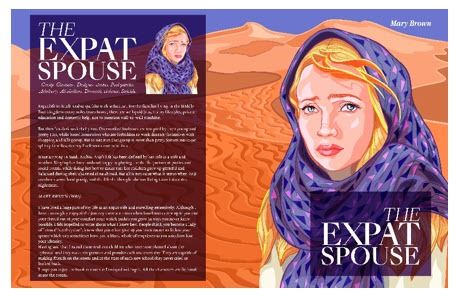